Fran Bow has been getting some hefty praise, but it really isn't all that and a bag of chips.
by Engela Snyman

Horror is a predominant genre in the gaming world. So is survival. And they both share the same struggle -- having more bad games than good. Sadly, Fran Bow only adds to that disparity.

A game designed and published by Killmonday games, it tells the story of a girl called Fran who has been incarcerated after the death of her parents. She tries to escape the asylum by drinking pills that make her even more insane. 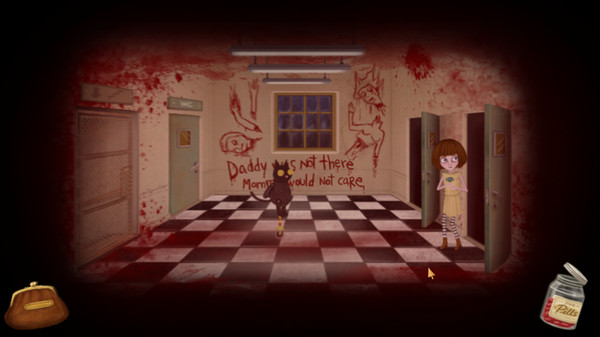 The first leg of the game is where it really shined for me. The story was interesting enough to keep me hooked. The puzzles, although not hard by any means, added enough game-play to keep me going. The characters and creepy imagery were disturbing, but very intriguing -- and overall it really just had me wanting more.

It's the gore that bored me.

The puzzles hinge on these pills that turn the player'a screen into a B-rated movie horror show. It's gory, and that's about it. You can try to see some symbolism or interesting changes, but the fact remains it gets old. It tries so hard to be edgy, but fails miserably -- leaving only the shell of good gameplay held together by weak strings of some interesting ideas.

The story progresses into different areas -- a dark gritty forest, a creepy house (which I will admit was at least fun), a fairy land (sort of), and an Alice in Wonderland rip-off. But it really makes no lick of sense. I kept waiting for some 'aha' moment -- the story sure does try to suggest there will be one -- but the game never pays off in that respect.

A story that keeps you guessing is not the same as a story that just confuses the shit out of you. And Fran Bow Dagenhart? Are you absolutely kidding me? This is such a Mary-Sue it's almost sad, and the 'chosen one' story-line was not at all subtle.

Where it goes wrong

The game suffers from being too full of itself, with no shits given to whether the players will even like the pretentious storyline, pretentious characters and pretentious imagery. It's trying, by god it is trying, but it doesn't succeed because it's so obvious what the game is trying to do.

In any form of entertainment -- music, books or movies -- you are being manipulated in some way. Good entertainment does so in a way that you won't notice it until you actually start crying or reacting somehow. Fran Bow is so in your face -- "This is creepy" -- "This is symbolic" -- "This is magical" -- that it leaves no time for the emotion to actually creep in.

The namesake character herself, Fran Bow, is bland and generic, and other characters suffer from the same poorly written dialogue and interactions. 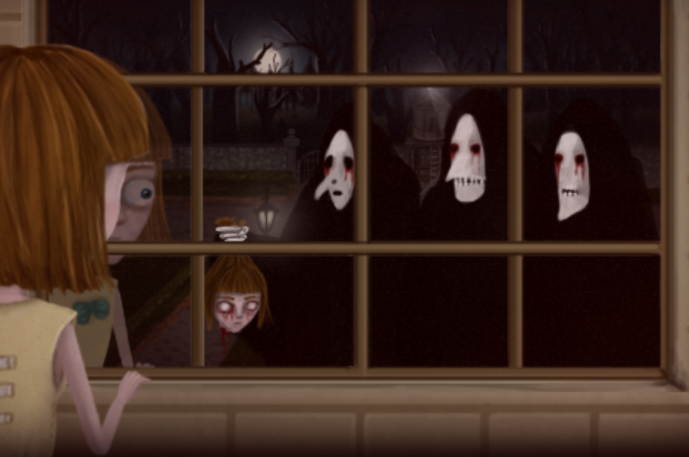 Being unique and different in a world where everything is old news within six minutes of learning about it is tough, and I can appreciate it. But Fran Bow is not the original amazing masterpiece people are calling it.

Two things saved it. One was the world, which was really interesting. And second was the blatant Alice in Wonderland reference that at least tied it into a far more interesting story, but which only served  to confuse and jumble the big mess into an even larger mess.

Making everything dark -- or gory -- doesn't make it immediately better, it just forces us to weigh it against heavier scales, And if it's found lacking, it's a lot easier to spot.

There are some interesting ideas here. Original? No -- interesting certainly, but too much of a good thing is bad. Fran Bow needs to learn restraint and find out what horror truly is before calling itself anything close to it.

Our Rating
4
Fran Bow has been getting some hefty praise, but it really isn't all that and a bag of chips.
Reviewed On: PC
What Our Ratings Mean