With the well-established popularity of a creative game like Super Mario Maker, it's no wonder Nintendo wants to keep giving to fans. Regularly, the company provides new levels with unlockable costumes for loyal players, and they've just added a brand new set.

That's right! The latest Super Mario Maker costume (or Mystery Mushroom outfit, as it's called) will be inspired by Mario & Luigi: Paper Jam (and Paper Mario). It will be a cut-out style costume.

In order to get the costume, all you need to do is beat the latest Event Course that has also been released. This new course was made by the Mario & Luigi: Paper Jam Bros. development team.

Release times for the Event Course and costume are different based on region. Residents in North America can expect a release date of December 2 at 5PM PT (8PM ET). Players from Europe will be receiving their course and costume on December 3. 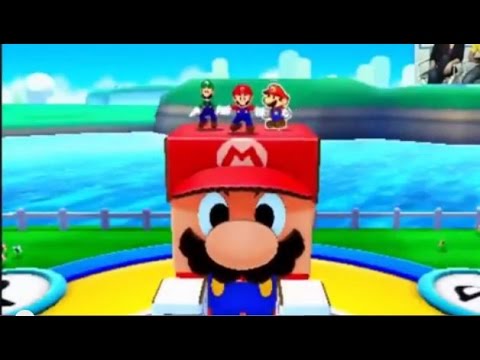 This event is being made available just in time for the preliminary releases of the Mario & Luigi: Paper Jam game for 3DS. These are the global release dates:

Paper Jam is a single-player RPG where Luigi makes a world-colliding mistake. He accidentally falls into the Paper Mario world, causing the Paper world to combine with the 3D one. Bowser and Paper Bowser team up to kidnap Princess Peach and Paper Peach. Mario and Luigi must now team up with their paper counterparts to stop the chaos and separate the worlds once again.

The previous Event Costume was Frog Mario, based on the 1988 NES game Super Mario Bros 3.

What event costume or course would you like to see next? Let us know in the comments!