A New Live-Action Commercial Ushers in Changes to Star Wars: The Old Republic

Hutts, Speeders, and Battle Droids... oh my!
by Eli "The Mad Man" Shayotovich

If you felt a disturbance in the Force on September 12, here's why...

Active subscriber's of BioWare's Star Wars: The Old Republic were given the Rise of the Hutt Cartel expansion. For free. As in it just cost nothing to get access to the new planet of Makeb, a cap bump to level 55, and new story-driven missions.

Now, if you're like me who dropped $10 (it costs $20 for non-subscribing nerf herders) for the thing back when it was first released... you're in luck! Not really. But hey, at least BioWare isn't kicking us straight in the nads exactly. If your subscription was active and in good standing on the morning of September 12 (7:00 a.m. EDT, 4:00 a.m. PDT to be exact) you got a spiffy new title of... "The Risen". Um, thanks? That's cool. I guess.

If you were clairvoyant enough to wait until this past month (between August 11 and September 12) to actually buy it, you just earned yourself 1050 bonus Cartel Coins. WTF? Yup, I'm not feeling entirely happy about buying RotHC on release day at the moment. I've been a loyal Imperial subject since launch, and all I got was a crummy new title? I'd rather have the Cartel Coins thanks, but then... I am a little bit mercenary. I haven't jumped online and checked my in-game mail, but that title better get me something good or the anger I'm feeling might drive me to the Dark Side.

But hey, the Hutt debacle wasn't the only thing revealed...

From now until October 20 new players, previous subscribers and current players can get their very own JA-3 Subversive Battle Droid Mini-Pet and JA-3 Subversive Speeder. 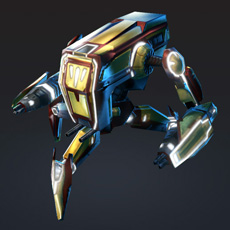 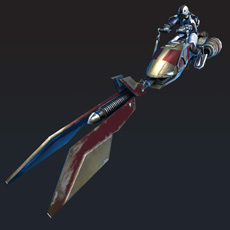 All you have to do is this:

I'm kidding about that last one. Maybe.

BioWare also confirmed a few things about Update 2.4, which is currently scheduled to drop on October 1. It will in fact include much asked for PvP tweaks and new 4v4 Warzone Arenas.

By the way, check out the new commercial BioWare released for SW:TOR (it's up there in the header if you missed it). It's actually pretty cool, but it does not in any way make up for the ten bucks I spent on what amounts to a virtual in-game title. Not... even... close.