I'm still in a dream, Snake Eater!
by katlaborde

I know a lot of you out there are itching to play Metal Gear Solid V: The Phantom Pain, which will finally be released this Tuesday. With the game's launch very soon upon us, I wanted to take a look back at the first Metal Gear Solid game that let us play as the hardened badass known as Big Boss.

The introduction to this game is great on its own. With moments such as The Boss' betrayal and Volgin blowing up a Soviet facility with a rocket launcher, the operation known as "Virtuous Mission" doesn't end so well for Snake. Following Snake's defeat and betrayal from his former mentor, The Boss, the Snake Eater theme blasts through our speakers - complete with a visual sequence reminiscent of a Bond film. The song's lyrics are, well, a little corny, but most likely intentional. It's similar to the theme from Goldfinger. The lyrics are silly, but the song is powerfully performed by Cynthia Harrell. It's a nice homage to the Bond films and perfectly fits well with the game's 1960 Cold War setting.

Snake vs. The End The boss battle between Snake and The End is often cited as one of the best moments of the Metal Gear series. The End, one of Volgin's henchmen, is a very skilled sniper, despite the fact that he's over 100 years old! Unlike all the other boss fights in the series, this one is completely silent, as Snake must keep in cover all the while attempting to pinpoint The End's location.

Oddly enough, yet true to the clever nature of the series, this boss battle can be avoided entirely by the player. During a scene earlier in the game with Snake observing Volgin and his henchmen during a meeting, the player can shoot The End in his wheelchair. Of course, Snake does end up feeling like an ass about it. Additionally, if the player waits a week, or moves the PlayStation 2's internal clock forward during the boss fight, The End will die of old age. Oh Kojima! 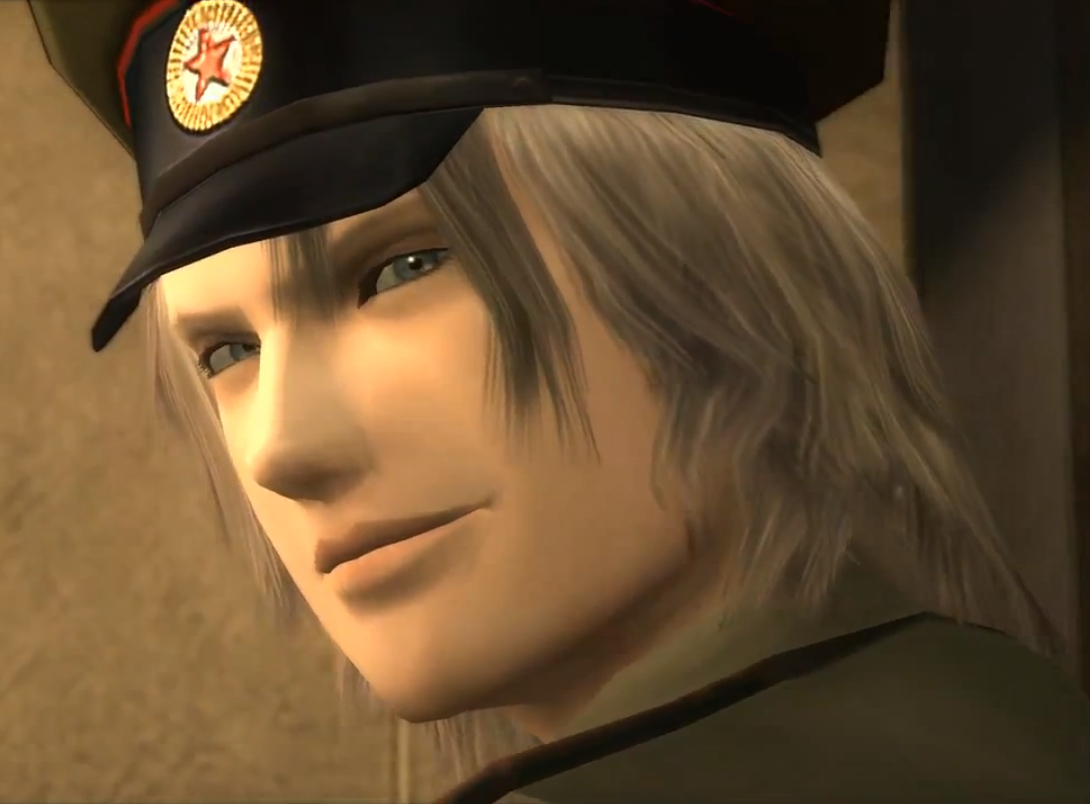 Kojima has always been one for incorporating moments of humor into his games. With this particular moment from Snake Eater, a reoccurring joke from the series makes a return: the crotch grab. In Metal Gear Solid 2, President Johnson performs a crotch grab on Raiden to determine if he's male or female due to his androgynous appearance. This time, Snake must disguise himself as Ivan Raidenovitch Raikov, one of Volgin's commanders, who looks exactly like MGS 2's pretty protagonist.

However, when Snake encounters Volgin in his disguise, something unexpected happens. Volgin violently grabs Snake's crotch twice! It's an awkward moment for both Snake and the player as Snake's disguise is blown through Volgin's realization that the balls in his hand aren't that of his lover, Raikov. The use of Raiden's appearance as Volgin's lover could also reflect the negative fan reaction towards Metal Gear Solid 2 and its heavy focus on Raiden. Regardless, whatever Kojima's intentions were, it's still an awkward, yet amusing moment. 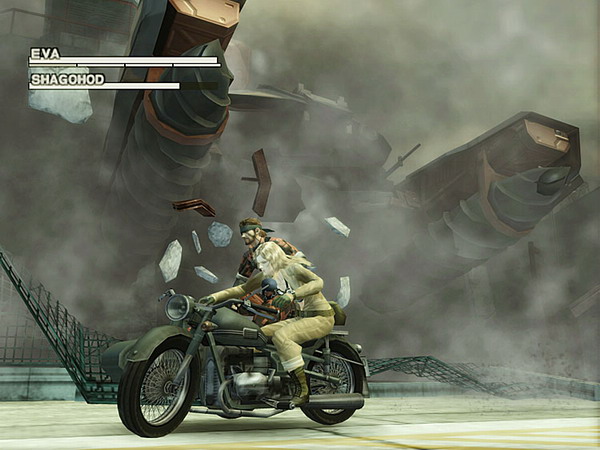 Kojima certainly knows how to do a finale. Snake's infiltration of Volgin's base to destroy the Shagohod, a massive tank equipped with nuclear missiles, is quite a finale - complete with a motorcycle chase sequence! EVA, a spy and Snake's love interest, rescues him from the base as both are pursued by the Shagohod, manned by electricity-infused bad guy, Volgin. The sequence is exciting and progresses through multiple areas until Snake and EVA are able to put an end to Volgin.

Similar to the crotch grab mentioned earlier, a motorcycle sequence with EVA is included in Metal Gear Solid 4. Although that particular one doesn't end well...

Snake's final objective for Operation: Snake Eater is to take down his former mentor, The Boss. The emotional fight takes place is a huge field of white flowers blanketing the entire battle field. The Boss can sneak up on Snake quite easily, so the player must be alert and quick to take her down.

This particular event in the Metal Gear Solid lore is incredibly significant. In the ending cutscenes, Snake learns that The Boss was not a traitor, but rather played the role of one in order to diffuse conflict between America and the Soviet Union. It is at this moment where Snake becomes Big Boss and the events taking place in future installments of the series are set into motion.

What are some of your favorite moments from Metal Gear Solid 3? Or from the rest of the series? Let me know in the comments!