Nothing quenches the rage of getting repeatedly tea-bagged like a good shot of whiskey!
by Eli "The Mad Man" Shayotovich

The average age of today's gamer is 30* years old... well above the legal drinking age. And we're betting that a good majority of you adults like to consume an "adult beverage" or three whilst fragging your virtual neighbor. I know I do.

Why drink and play?

A pre-pubescent 12-year-old with the handle "FartBiscuit69" is pwning your @ss in your favorite shooter. You encountered a boss created by some sadistic level designer who thought cranking the difficulty to FUBAR was the height of hilarity. The computer is "cheating" (again), keeping you from earning that hard to snag cheevo.

Whatever the case... booze makes all those things easier to swallow. (See what I did there?)

During my career, I've written about a bunch of different "geeky" topics, from video games (duh!) to Star Wars to comic books... but one of my favorite things is craft beer. I'm a beer geek, and over the years I've found that beer pairs just as well with video games as it does with food.

Pairing beer (or any booze) with food makes both better!

When the GameSkinny editors asked me to write a column combining my passion for gaming with my passion for craft beer... how could I refuse? In this column - Get Fragged: Game & Drink Pairings - I will fill your noggin (and delight your taste buds) with pairings that accentuate the best features of both. While many will likely gravitate towards beer, expect to see a veritable booze-a-polooza of pairing options.

This first pairing brings together my newfound love of whiskey with a game I recently reviewed here on GameSkinny... 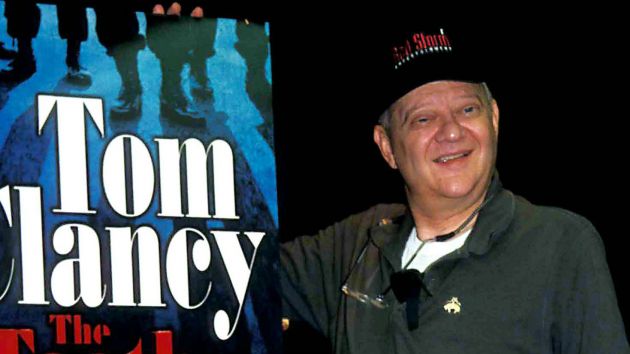 Don't hate me for going with the most obvious reason for this pairing... that Tom Clancy is now a ghost.

Well, it is Halloween after all, and there's no better way to salute the man who brought us the techno-spy thriller genre (and some great video game) than by raising a stiff drink in his honor. I think Mr. Clancy would approve!

Jacob's Ghost is a white whiskey from Jim Beam.

Whiskey [noun \Ëˆhwis-kÄ“, Ëˆwis-\] is fermented grain mash produced at a maximum strength of 160 proof, bottled at a strength of at least 80 proof, and barreled for aging at no more than 125 proof. It must also be aged in new, charred, oak barrels. Different grains are used in the distillation process to come up with different flavors and varieties, including barley, malted barley, rye, malted rye, wheat, and corn.

White whiskey (aka "white dog") is unaged whiskey taken right from the still. In actuality it's not too far removed from moonshine. Jacob's Ghost is not your normal white whiskey though; it uses the same mash bill as their White Label Bourbon, plus it's aged for a year in new, charred, white oak barrels.

'Bourbon? I thought you were talking about whiskey. What's the difference?'

Well, the simplest answer is: bourbon is always whiskey, but whiskey is not always bourbon. WTF? Allow me: For a whiskey to be a bourbon, it must be made in the USA, made from at least 51% (and no more than 79%) corn, and aged for at least two years.  If you really want to know more... Google it.

Jacob's Ghost boasts the same proof as regular whiskey, but it lacks the super smokey-oaky flavor profile of its bourbony brother. As it splashes over the teeth and drowns your taste buds you'll notice a light, clean character with hints of vanilla and cereal grains (ala vanilla Cheerios).

Jim Beam released this near-clear spirit to appeal to tequila and vodka drinkers, so it's more for mixing as a cocktail than a straight shootin' sipper. I usually drink whiskey with a splash of ginger ale, and this ghost can handle its ginger. It also goes well in a rebooted version of a Bloody Mary (called a Bloody Ghost).

In this case, the main reason to drink whiskey with this game is simple: the higher alcohol quotient quells the infuriating rage a lot faster. What rage? Imagine going up against a server full of Arnold Schwarzeneggers, loaded with the game's latest and greatest gear... and I'm equipped like Gomer Pyle.

I bounced between loving or hating the game based on who I was facing in any given round. Equally matched players made the game a helluva lot of fun, but going up against vets who spend their every waking moment playing, and thus earning (or buying), top-notch weapons that can snipe you with one shot... not so much.

Throw down a few Jacob & Ginger's and soon the whiskey waxing and waning warmly in your belly will create a fuzzy feeling that makes it all good in the 'hood.

Sure, it dulls the reflexes a bit, and so what if your KDR makes Eli Manning's Touchdown/Interception ratio look good... it's only a game, right? Don't make that face. You deserved it.

Imagine the stank that gets worked up after a long day of reconing in that full body armor. Wash all that away with the refreshing aroma of vanilla and ginger. Hell, go ahead and bathe in it!

The graphical splendor of this game increases as you get whiskey eyed.

Granted, the crosshairs on your Dragunov sniper rifle will literally cross at some point, but you'll often find yourself gazing at the high-res graphical goodness of Ghost Recon Online. Just try not to do your ogling from the middle of a kill zone.

The ninja slide technique will become your de facto mode of movement the more you dip from the whiskey well.

I use this slide technique a lot when I'm sober, but I found that once I was riding the whiskey wagon every map turned into a gigantic Slip 'N Slide.

They don't call alcohol "liquid courage" for nothing!

Playing online with other people can be intimidating. You're going up against players who run up kill counts like it was their job, while you're doing your best to stay alive for more than fifteen seconds. Feeling clearly outmatched isn't fun, but after you swig a few Jacob & Ginger's and let the liquid courage kick in, you'll be as good as any of them. Or... at least you'll think you are.

This newfound liquid courage may also cause you to drop "a few" dollars in the cash shop. Money that you probably wouldn't have spent if you were sober. But money that will even the odds against that pre-pubescent jackwagon who keeps screaming in my ear. Just don't tell my wife; she won't understand the insatiable need to avenge my bruised ego. But I digress...

Here's the thing: this game is free to download and play.

It's going to come with some positives and some negatives, but in the end it's FREE! Which means you can spend more on the booze. And having a good whiskey at your side is just as important as having a good gun. Hell, maybe more so.

What's that you ask? Am I drinking right now? Maybe.

Ok... yes. Let me just crank the Buddy Guy tunes (Whiskey Ghost works well in this case) so it drowns out my crying, relight my cigar, and get back to letting FartBiscuit69 tea-bag me.

Until next time... keep the liquor cabinet stocked and the gaming rig locked!

** GameSkinny reminds you that you must be at least 21 years old to con­sume alco­holic bev­er­ages. We encour­age you to drink and frag responsibly!

* According to the Entertainment Software Association