A complete version of the 2015 hit game is coming this way.
by Joseph Ocasio

If you haven't picked up last years Batman: Arkham Knight, you might to wait 2 months before you do. It's only $20 at GameStop, but you'll be able to pick up a Game of the Year version of the 2015 hit in July.

According to Amazon Germany, the title will be released on July 28th for both Xbox One and PS4 (though not on PC), which just happens to coincides with the release date of Batman: Return to Arkham, which is due out on on July 26th. While Warner Brothers hasn't confirmed anything yet, the box art does look pretty official. 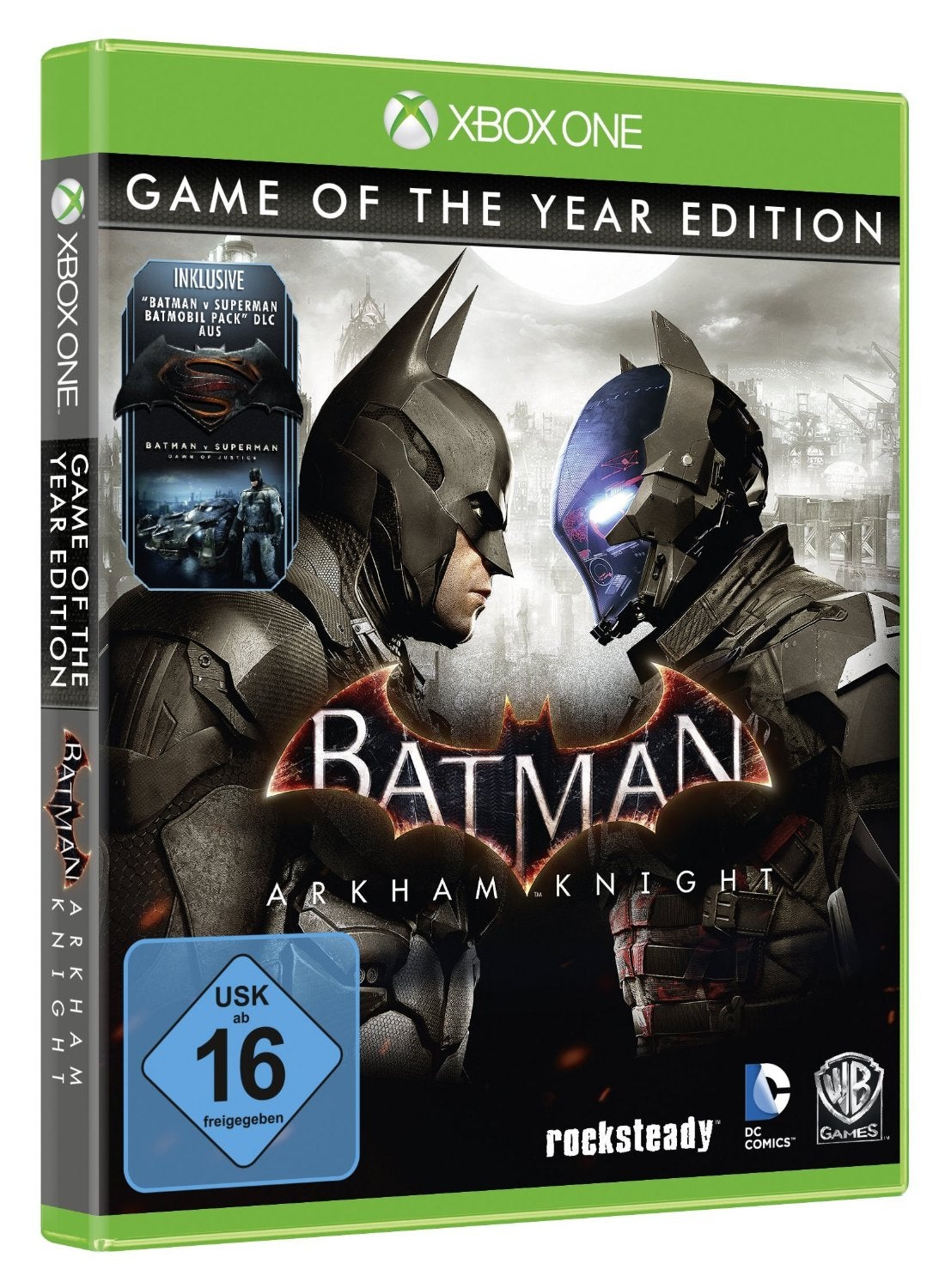 Going by other Game of the Year editions of games, it will most likely contain all the DLC. Batman Arkham Knight was released last year in June, and was met with generally positive reviews, despite some divisive opinions of the implementation of the Batmoblie and the disaster that was the PC version of the game.