Did you ever play Angry Birds and think it really just needed monster girl breeding and an equipment system? Somebody did, and thus Tobihime was born.

Players must launch the girls (like Angry Birds) in their party towards monsters to either defeat or breed based on their compatibility (very much not like Angry Birds).

If the Angry Birds bit doesn't sound great to you, don't worry: It didn't to me either. But the breeding and equipment system keeps things more than interesting, especially if you're into some animated pixel smut. 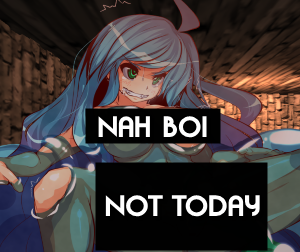 While the sex is nice, the boobs 'n butts aren't the big draw here. Tobihime is a genuinely fun game to play. It's difficult enough to pose a challenge, and it doesn't outstay its welcome in length. This beauty was only released in Japanese. If you can track it down and give it a try, you can surely agree with me that the game's orc girls are the best.

If you associate yourself with people who live on the Internet (I'm not talking social media-dwellers) over the age of 20, you've probably heard of this game. Or not. If they're not, you know, perverts.

Corruption of Champions essentially shoves as many fetishes as it can into a text-based RPG that throws you right into the middle of some weird shit that bombards you from one screen to the next. And it only gets more bizarre from there, with your stats and body changing as you push through each scenario to the next.

This game has a reputation for extreme depravity for a reason, and it's a wild ride to boot.

A Google search will guide you should you want to delve into this rabbit hole. Developer Fenoxo is working on another similar title, Trials in Tainted Space, that is exactly what you would expect coming from the creator of Corruption of Champions.

Monster Girl Quest is well-known in some corners of the Internet, and very well may have been responsible for monster girls becoming a sought-after focus for eroges and manga. This list alone, after all, is packed with monster girls.

There's a ton to say about these games, but I'll try to keep it short.

The Monster Girl Quest series puts players in the shoes of Luka, a young man on a quest to become a hero. Unfortunately, Luka is pretty weak, and there are plenty of monster girls eager to devour or enslave him.

The above sums up the gist. What we have here is a turn-based RPG that tasks the players to lose on purpose to get all the sex scenes, many of which are fairly unpleasant for poor Luka (and in some cases, to the player). 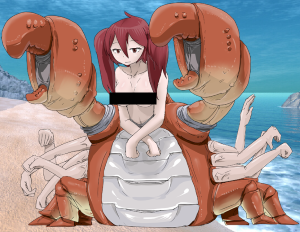 I admit: I died to her on purpose. I'm sorry.

Part of the fun of the Monster Girl Quest games is losing and seeing what (mis)fortune befalls Luka in battle and during his travels. It's fun, it's fully fan-translated, and in many ways, it's absolutely fascinating. Dying on purpose then reloading has never been so rewarding.

If you even remotely like monster girls, it's for you. If you don't like them, you just might after you give Monster Girl Quest a try. Seek it out and you shall find it.

Some might know this better as Kamidori Alchemy Meister, which I will be referring to as Kamidori from here on out.

This one is sort of the odd one out on the list. It doesn't have anything really bizarre -- sans some monster girls -- and it's not especially sex-heavy, but it is a good game and worth a play if you're willing to take the plunge. You may have to do a little digging to find Kamidori's final version, but it's worth it.

Don't let the picture above fool you: This isn't some crappy Facebook game. Breeding Season is the only game here that is not really even close to being a finished game, but it's definitely notable. And it's definitely not on Facebook.

I'd be lying if I said I wasn't biased towards this type of game. I love raising sims, and Breeding Season fits the bill. The game's stylized art is the massive layer of icing on top of the cake.

You can give the current alpha build a try on the game's developer blog, which can easily be found on your favorite search engine. You may just be surprised by this one.