The number of devs supporting the PS4 has increased from 126 to 505; many of those being indie studios.
by Corey Kirk

Going into last week’s E3 conference, many analysts were wondering if Sony would go the same road as Microsoft with their latest console, especially in the area of independent developer support. Would we, as gamers, be doomed to have a console that rejects smaller studios, and shuns all but those with names like Infinity Ward or TreArch? Would we continue to see the same cycle of sequel after sequel, or could we look forward to fresh new IPs made by passionate devs working out of an office in their house? Well the numbers are in and it looks like Sony has gained the support of independent developers.

In a press release, Sony Computer Entertainment Inc. has announced that the number of development studios joining the PlayStation 4 family has increased from 126 to 505 since February 2013, with the biggest increase coming from independent studios excited for the PS4.

While we will have to wait and see if this translates into several new, innovative games over the next year, the support for the PS4 by indie devs is undeniable and Sony’s commitment to smaller studios is clearly being seen.  On the PS4, indie devs will be able to self-publish which will provide those who do not have a formal publisher a road to success.  On the Xbox One, a formal publisher is required.  With the PS4, indie devs will be able to set their own pricing. With the Xbox One, they are bound by Microsoft’s pricing guidelines. 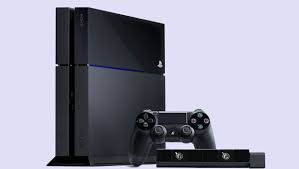 With many months to go before the release of any new console, Sony continues to ride its momentum with the PS4. If Microsoft wants to keep up, it needs to start listening to its fans, consumers, and indie developers alike, or be left behind in the console race.

Are you a supporter of independent developers? What do you think about Sony’s apparent lead over Microsoft?  Comment Below!