The Wii U may be the best console of this generation. Here is why Nintendo might win the console war.
by Corey Kirk

Over the past few weeks, Luigi’s death stare has opened up the meme flood gates, and the tide of Nintendo fans seems more like an organic wall about to collapse on us all. Okay, that’s a bit exaggerated, but don’t think for a second that it is any less than a resurgence.

While the Luigi fade might go into obscurity faster than a virtual boy, his impact is a sign of the times. It is a kick in the groin that Nintendo needed and is subsequently banking on to survive this generation.

With dismal sales of the Wii U in comparison to both the PlayStation 4 and Xbox One, the Japanese company is no doubt looking to gain more customers in the coming months. 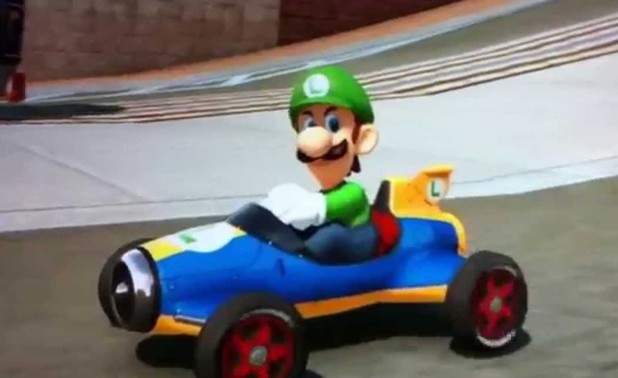 How will the folks at Nintendo do that?

Riding the waves of Luigi’s death stare is just the beginning. Mario Kart 8 is a great addition to the Wii U’s library, but it won’t sell the system. In fact, no game on the Wii U will sell the system by itself. It’s already had a year and a half to pick up users and it failed. The only way that the Wii U will become successful is by the collective power of all the games.

It is not surprising that many of the fan favorite franchises like The Legend of Zelda and Star Fox were treated with announcements at E3. Heck, most of us expected the Nintendo staples to lead the way. The real trick to winning the hearts of gamers are in the new IPs like Splatoon and Mario Maker. Combining old favorites with newcomers will undoubtedly extend the Wii U’s life. Much like the 3DS, people want to like the Wii U. The difference right now is that Nintendo brought desirable games to the 3DS. Games like Bravely Default and Animal Crossing: New Leaf brought people in; Pokémon X and Y and The Legend of Zelda: A Link Between Worlds made them stay. Now it’s time to concentrate on delivering epic, new adventures to the Wii U, and Nintendo knows this.

So how will Nintendo win the console war?

By focusing on gameplay, the Wii U will end up the most fondly remembered out of the big three; not just games, but innovative games that try new things and don’t just stick to the usual formulas.

I mean, have YOU ever played an online multiplayer shooter where your goal is to paint things? Or have you ever played as a green dinosaur entirely made of yarn?

There are several machines that can play Titanfall or Call of Duty, but only one can play Super Smash Bros. As long as Nintendo delivers experiences through its games, the Wii U will be the console that we respectfully talk about in 10 years. I doubt we’ll see the same kind of talk for the PS4 and Xbox One.

What do you think? Does Nintendo have a chance to pull the Wii U to the front of the pack? Comment below!