USC is breaking into game publishing

One of the world's best universities for game design is about to start publishing games - and not just student projects.
by Jessa Rittenhouse

The University of Southern California has one of the best programs in the world for game design -- and now they'll be publishing games, too.

In a feature on Wired, USC games director Tracy Fullerton announced the university's intention to publish its students' works -- and eventually games from the wider development community. Students at the school have been creating games for a while now and many of us have played them -- games like Fl0w, The Unfinished Swan, and The Misadventures of P. B. Winterbottom. Unfortunately, many of those games haven't received the widespread attention that they may have deserved -- a fate suffered by a lot of small indie developers. It is the the intention of USC Games to change that, as Fullerton explains:

“Curation is one of the most important things that players deserve these days. There’s a tremendous amount of content available for people to find, and yet it’s very difficult to find. One of the ways that … this label that we’re establishing can participate is by curating important voices, really innovative work, and putting it out there under our publishing label.” 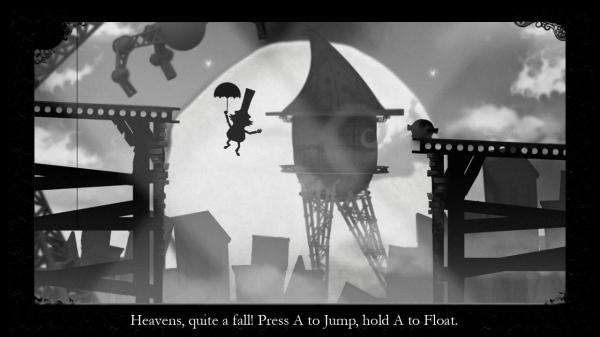 USC already has a reputation for a design program that produces developers who like to break the mold with games like The Misadventures of P. B. Winterbottom. Now they'll be publishing these games, too.

It's Not About the Money

With a highly successful design program bringing the university worldwide recognition, it's tempting to believe that such a move is about profit. According to Fullerton, this couldn't be further from the truth.

"We are not expecting to make a profit. We hope that what we reap from this is cultural recognition of this form. When people look to academic publishers in the print area, you look at someone like an MIT Press. These are not books that are going to necessarily be on The New York Times best-seller list, but these are books that are important, that need to be out there in the zeitgeist. I feel like we can do something similar here with games.”

The games that USC Games will publish, Fullerton insists, are each "pieces of art in their own right," and the intention is to treat them that way -- creative control will always be in the hands of the developers.

The games the publishing company will launch with are certainly not the recycled concepts often churned out by the AAA companies. Chambara, for instance, is a multiplayer fighting game that takes place entirely in a world of black and white. The combatants can blend into the environment and only be seen by the opposing player if they change their camera angle. This undergraduate student project has already won a BAFTA Award - an honor it shares with such big name titles like Far Cry 4 and Hearthstone: Heroes of Warcraft.

A Space for Creative Voices

With student projects that have gained worldwide recognition, it's not difficult to believe in Fullerton's seemingly earnest declaration that this company isn't about profit, but instead about demonstrating the possibilities open to young people who are willing to use their creativity to challenge the standards of the gaming industry and try new and daring things. The real question is whether or not such a practice will be sustainable in an industry unaccustomed to giving such unrestrained freedom to the developers whose creativity help to shape it.

What do you think? Can USC Games bring to the table that other big companies lack? Will it stay small and be relatively obscure, or do you think it has the potential to become an industry game-changer? Share your thoughts in the comments.