Starting next month Xbox Live gamers can play Minecraft with the Simpsons on Xbox One and Xbox 360.
by Game Oracle

Xbox, Twentieth Century Fox, and Gracie Films recently announced Minecraft Xbox 360 and Xbox One gamers get the chance to play their favorite video game with Bart, Marge, Homer, Lisa, and even little Maggie Simpson starting next month. Players also get to play with 19 popular Simpsons characters from this Emmy Award-winning television show. 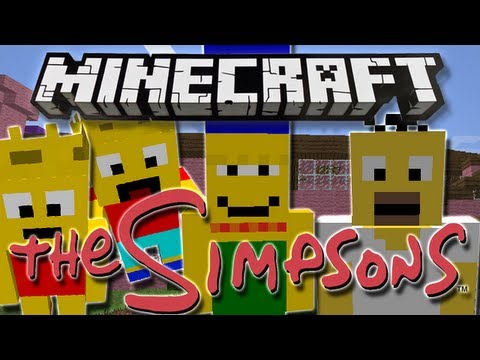 “Like The Simpsons, Minecraft is a true cultural phenomenon embraced by people of all ages, from every corner of the globe,” said Roz Nowicki, Executive Vice President of Global Sales and Retail for Twentieth Century Fox Consumer Products. “We know fans of the show will have a ton of fun bringing the colorful characters of Springfield into the intricate worlds they’ve been building in Minecraft.”

Minecraft gamers expect to download the new Simpsons content starting near the end of next month, but stay tuned for updates on the last release date. Phil Spencer, the top man at Xbox, expects 17 million fanatical Minecraft Xbox Live players are waiting for the word to begin playing. This community of gamers has asked for Simpsons content for sometime. Looks like were about to get our wish.

My nephew and I are looking forward to playing Minecraft on Xbox Live upon release of the new Simpson content. This is a chance to play a video game loved by tens of millions of gamers around the world, with television characters that have become cultural and comedic icons. It's also a chance to spend quality time with the kids playing a video game right for all ages. Check out the Simpsons content for Minecraft, starting next month, and get in the fun.