A pair of developers had a conversation on Twitter that had a Microsoft employee being very off-handed and dismissive of concerns about always-online requirements. Good public relations this ain't.
by Wokendreamer

We have heard so many stories about individual members of various corporate teams making comments over Facebook or Twitter that end up causing a frenzy.  By now one would expect people, particularly people who are higher-up in various corporate hierarchies, to have figured out by now they cannot make inside jokes over publicly-visible social media without having those remarks being taken seriously.

One would be wrong.

Microsoft creative director Adam Orth had a conversation on Twitter with Bioware designer Manveer Heir.  This conversation started with the quote from Orth, "Sorry, I don’t get the drama around having an ‘always on’ console, Every device now is ‘always on’. That’s the world we live in. #dealwithit." 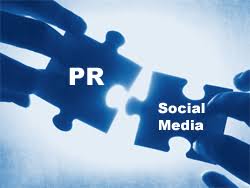 This started a back and forth between the two in which Orth made comments dismissive of people living outside of large cities, compared always-online requirements to electricity requirements, and generally showed a complete lack of care about the arguments disagreeing with his position.

He was also trolling.  Orth and Heir apparently, according to Heir, have conversations like this all the time.  It apparently did not occur to Orth that as an employee of Microsoft his comments would be taken very seriously, especially in light of the negatively-received rumors of the next Xbox being always-online.

Both Orth and Heir moved to try and minimize the damage once they realized what had happened.  Orth commented he was getting a hard time from everyone and starting blocking the tweets in question while Heir went back onto Twitter to explain he had been trolled and the two of them had such conversations regularly.  Naturally this information was only partially successful damage control.

People?  Seriously?  If you work for one of these companies, stop trolling your coworkers and contemporaries in places being watched by millions.  We do not get your inside jokes, and even those of us willing to wave it away once we understand have those few moments beforehand where you look like an ass.