How Do You Compare to the Average Gamer?

A recent survey from the ESA has revealed some interesting statistics about the average gamer in the US, what are they?
by uniquecontent

Every year the Entertainment Software Association (ESA) publishes an annual report looking at the computer and video game industry, revealing some fascinating statistics around western gaming habits and how we spend our money.

Surveying over 4,000 households across the United States, the 'Essential Facts' report reveals how many people are playing video games, along with what kinds of games we play, how regularly we play them and a whole lot more.

You can view the full report on their website, but let's look at some of the most notable stats from the latest edition of the ESA annual report:

63% of households in the United States included at least one person who is a frequent gamer. Not surprisingly then, 65% of homes own a video game device, while 48% own what they would call a 'dedicated' game console.

In the US, just under half of all gamers are between 18 and 49 years old. In the UK, developer Jagex found that 34% of those who regularly play games in the UK are over the age of 35. 59% of people in America who plays games regularly are male. That leaves 41% who are female -- a much higher percentage than in the UK, where only 18% of those who regularly play a game are women.

The average gamer in the US has been playing games on a regular basis for approximately 13 years.

Despite what you may think, the most frequently played gaming device is the PC, which was played by 56% of people. The games console came in second at 53%, followed by modern smartphones at 36%.

It would seem that we use our consoles for more than just gaming too, with half of all console owners also using them to watch films and TV shows.

On average, US gamers spend around 6-7 hours per week playing with other people, with over half of respondents choosing to play games with others (compared to single player gamers).

The average 'frequent purchaser' is 38 years old (which makes sense given the cost of AAA games), and male (60%).

41% of regular buyers purchase new games without trying them beforehand, which is probably a welcome statistic for game developers!

In 2015, consumers spend a whopping $23.5 billion on the gaming industry, with 56% of sales being made digitally (a 4x increase on the previous year).

55% of gamers in the US are aware of Virtual Reality, and 40% suggested they were likely to buy a VR headset in the next year.

Given some of the statistics above, I would picture an older male when I think of the average gamer, likely bearded (given that over half of men now have a beard) and with medium to long hair. As it turns out, I'm wrong.

At a recent RuneScape event in London, Jagex captured the image of over 500 attendees, morphing the results in the 'average face' of UK gamers, which looks like this: 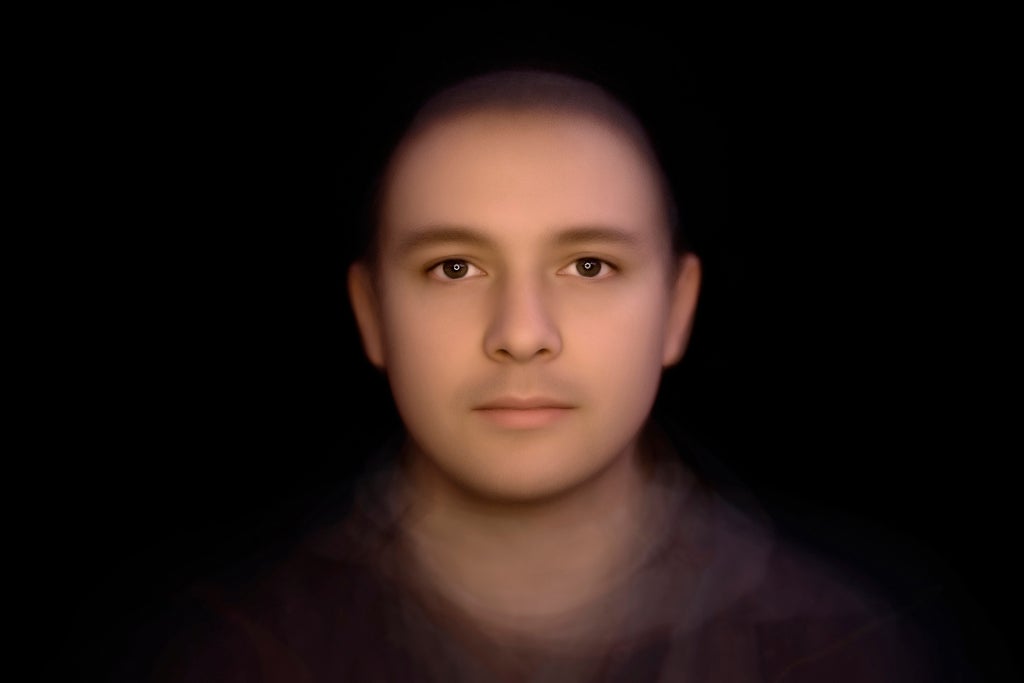 Note: This image is based on UK data, so the average US gamer may look a little different.