Gunpoint: The Spy Who Exploded Through My Window

When a spy with special pants comes flying into your room, just pretend you saw nothing.
by Reilly C.

In my down time during this internship, I have been looking into some smaller games being developed by indie companies.  I'm amazed at how many ambitious and fun games are being made by so many different people all over the world--and this game is no different.

This time I came across a game called Gunpoint.  It is a self proclaimed stealth puzzler with a heavy emphasis on getting in and out as fast and as quietly as possible.

Right off the starting line, it has a sense of humor about its subject matter while still remaining serious about the story. You play a freelance spy getting pulled into what he thinks is just another mission, with your new pants that help you jump like a frog (I don't know).  On top of this, you have an ability to rewire electronics to function differently then they normally should.

The last part showing how you can connect one gun to another gun is really cool and I can't help but think of Watch Dogs and how it is really hyping the usage of technology to your advantage.

It also gives off a strong vibe from an anime called Big O. This is because of the style and even the music playing in the background.  I feel like am sitting in a large leather chair in a gentleman's club smoking a pipe while enjoying an aged scotch. 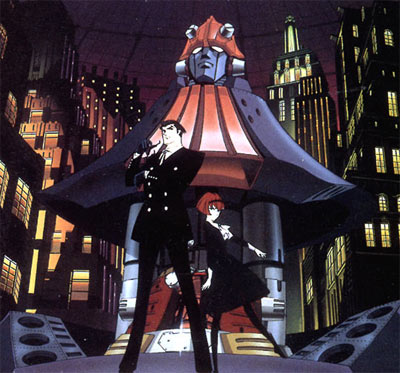 Also, I should mention it has a built in level editor that makes it really easy to share a made level with others through using a text based system.

A demo version is available on his website right now and after the opening scene, I knew all I needed to before purchasing it.  Go give it a shot and you may really enjoy it as well.

Gunpoint is available through Steam or his website with Paypal, AmazonPayments or through Google.