What Ever Happened to Chronicles of Elyria?

An upcoming MMORPG promised to revolutionize the gaming world. Where is it now?
by Paige McGovern

In June 2016, Chronicles of Elyria’s Kickstarter ended with 10,752 gamers pledging a grand total of $1,361,435 to make their dream game a reality. Here’s a previous article about the Kickstarter's progress and the main concepts of the game.

However there’s been a lot happening with the game's development since then, and there are a few reasons why everyone should be excited about Chronicles of Elyria’s potential. 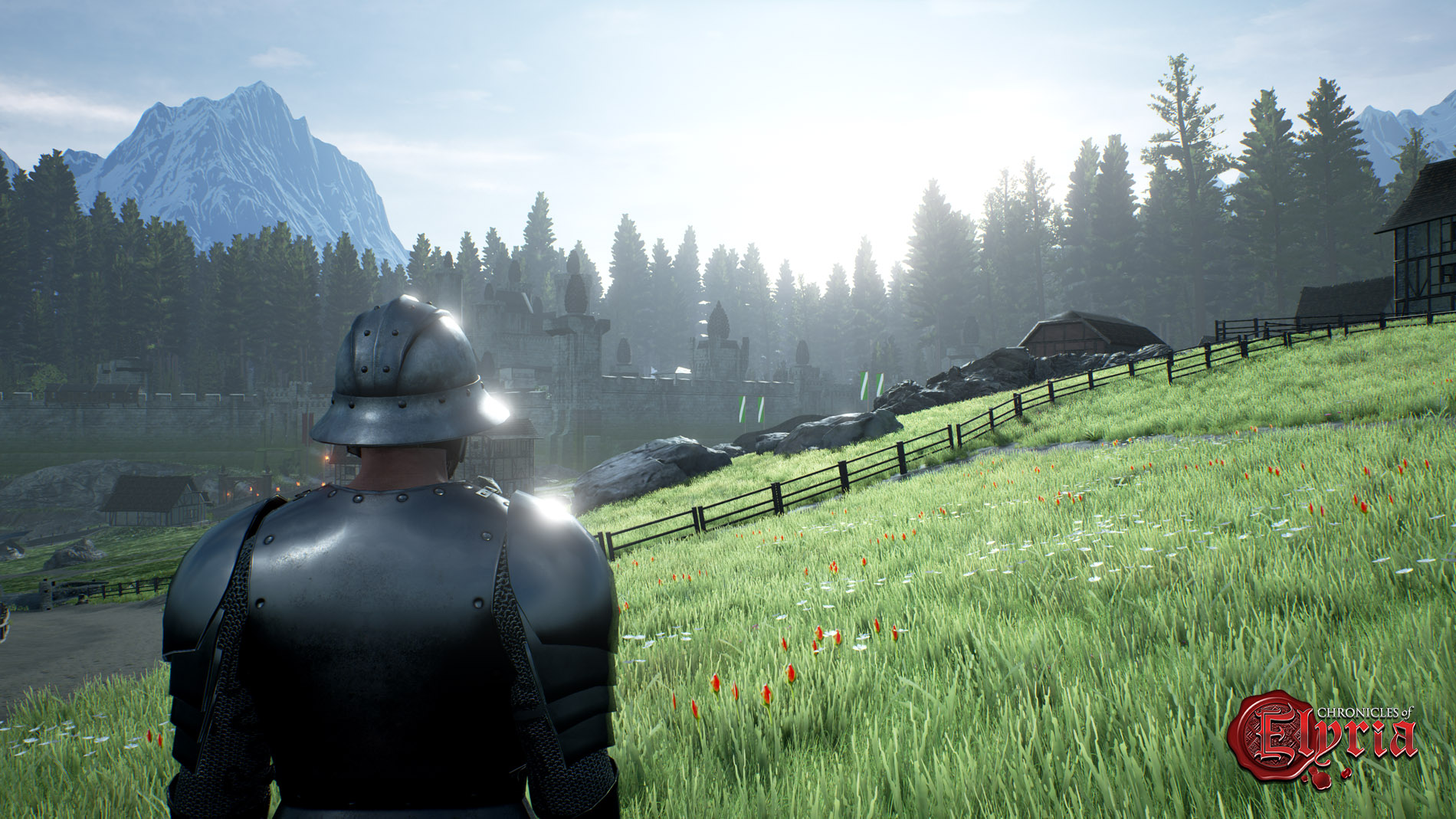 Just two days before the Kickstarter ended, Soulbound Studios, the indie game developer behind Chronicles of Elyria, announced their partnership with Improbable. The world of Elyria is now being developed on SpatialOS, a revolutionary new platform that allows many servers and engines to power a massive world. Designed to make the MMO development process as smooth as possible, developers working with SpatialOS, like Soulbound, can focus more on the RPG aspect of their games.

Improbable has also partnered with Google to utilize the platform further.

The Game Has Continued Its Fund and Growth

Since the launch of the Chronicles of Elyria store, potential players have been able to contribute through PayPal and a layaway system, both of which weren't payment options during the Kickstarter. Because of this, Chronicles of Elyria’s total earnings has gone up to $2,294,104.

In only a couple of days, the game's funding from backers has gone up by several thousand. This is a significant jump from the $500,000 in self-funding the game initially started with, and the additional $500,000 investment after the Kickstarter met its crowdfunding goal. Not to mention that the amount of received funding only continues to grow.

In the last year, Soulbound Studios has added to their team:

Although the team is still small, they have grown immensely from where they started. Of course, there are many challenges ahead, but if any company is as aware, active in their community, and committed to deliver their mission, it’s Soulbound. 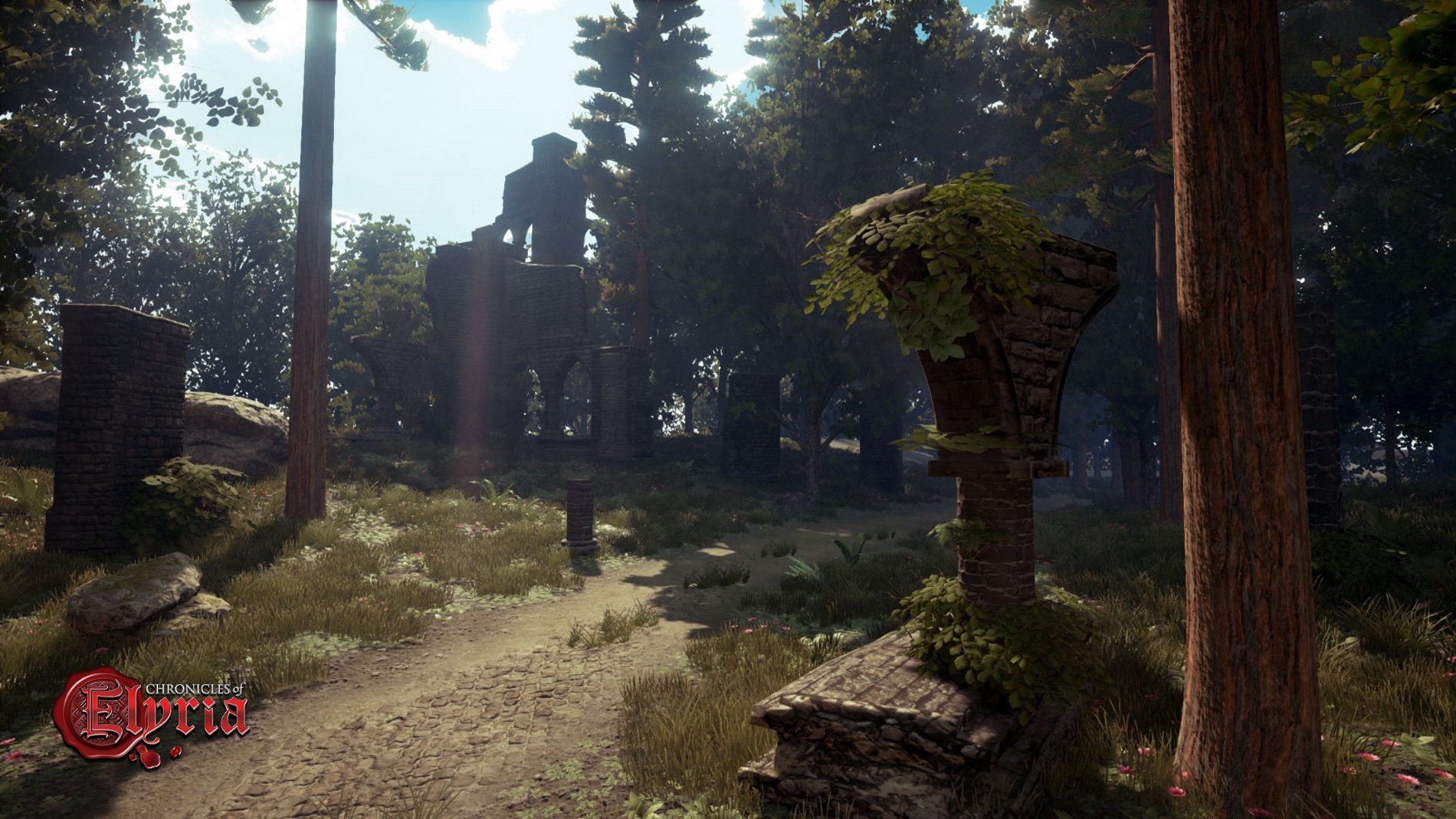 Soulbound Studios plans to implement all of the following stretch goals, including Digging/Burying, which barely met the stretch goal requirement at the end of the year.

Wards of the State -- The implementation of this stretch goal will allow for players to start the game as a Ward. Those who choose this option will have more character customization and flexibility in skill values and attributes.

Gambling -- The addition of gambling will allow players to create and play mini-games in taverns and inns. Players will be able to play dice and card games—dealing cards, rolling dice, and making poker faces!

Pet and Mount Customization -- Just as it sounds, players will be able to customize their pet or mount to their liking when this feature is implemented.

Tunneling -- Players will be able to dig underground to create tunnels and structures, adding more depth (literally) to the possibilities in Elyria.

Digging/Burying -- This feature will allow players to dig into the ground and bury items to hide them from others. 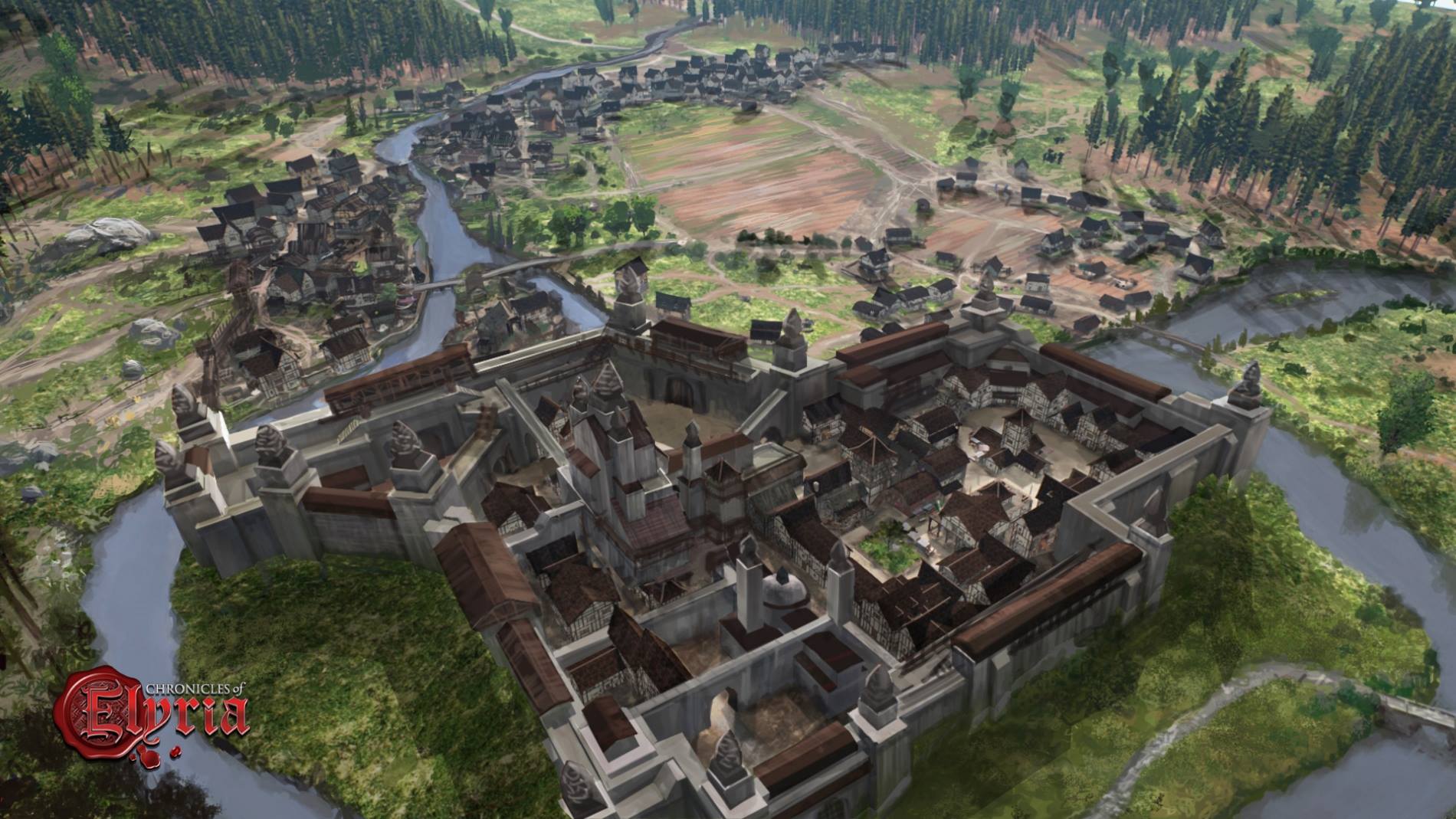 In the world of Elyria, a player walking through town at night can light a torch with a lantern, place objects anywhere, pick them up again, pick a lock, and more.

On a much broader scale of interaction, all towns, counties, and kingdoms will be run entirely by the characters in the world. Even NPCs will have designated roles and complex interactions with players.

Every planned server is already set to have many player-run kingdoms, such as the Kingdoms of Blackheart and Ashland on the NA-W server, the Kingdoms of Vornair and Riftwood on NA-E, the Kingdoms of Nirath and Arkadia on EU, and the Kingdoms of Carpentia and Lor Voskara on Oceanus. Of course, these kingdoms may not last. A kingdom can be overthrown if its citizens are not happy with their ruler. Servers will be uniquely affected based on their individual kingdoms and technological advancements.

For the full list of kingdoms and roles that have yet to be fulfilled, check out the official forums. 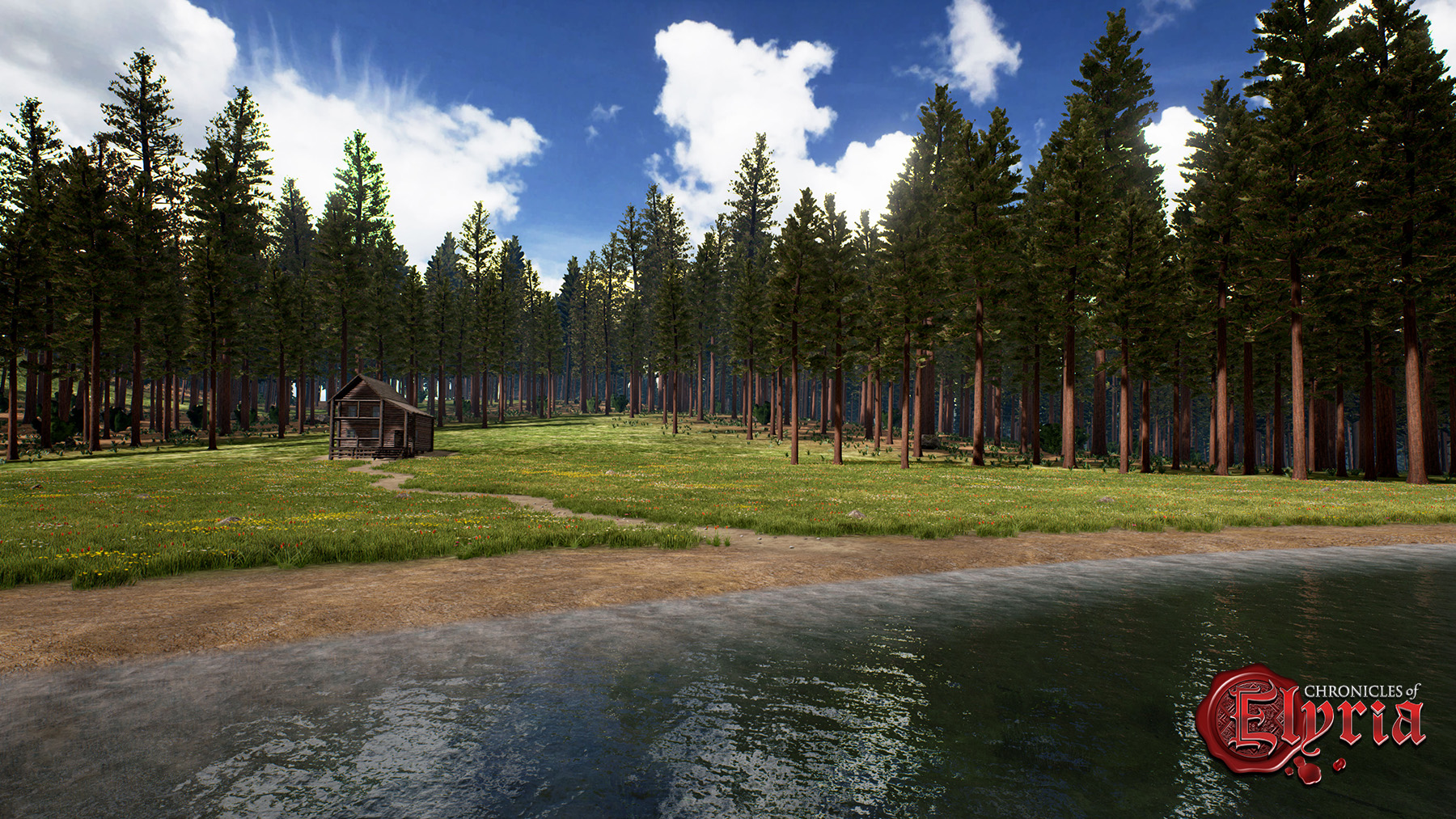 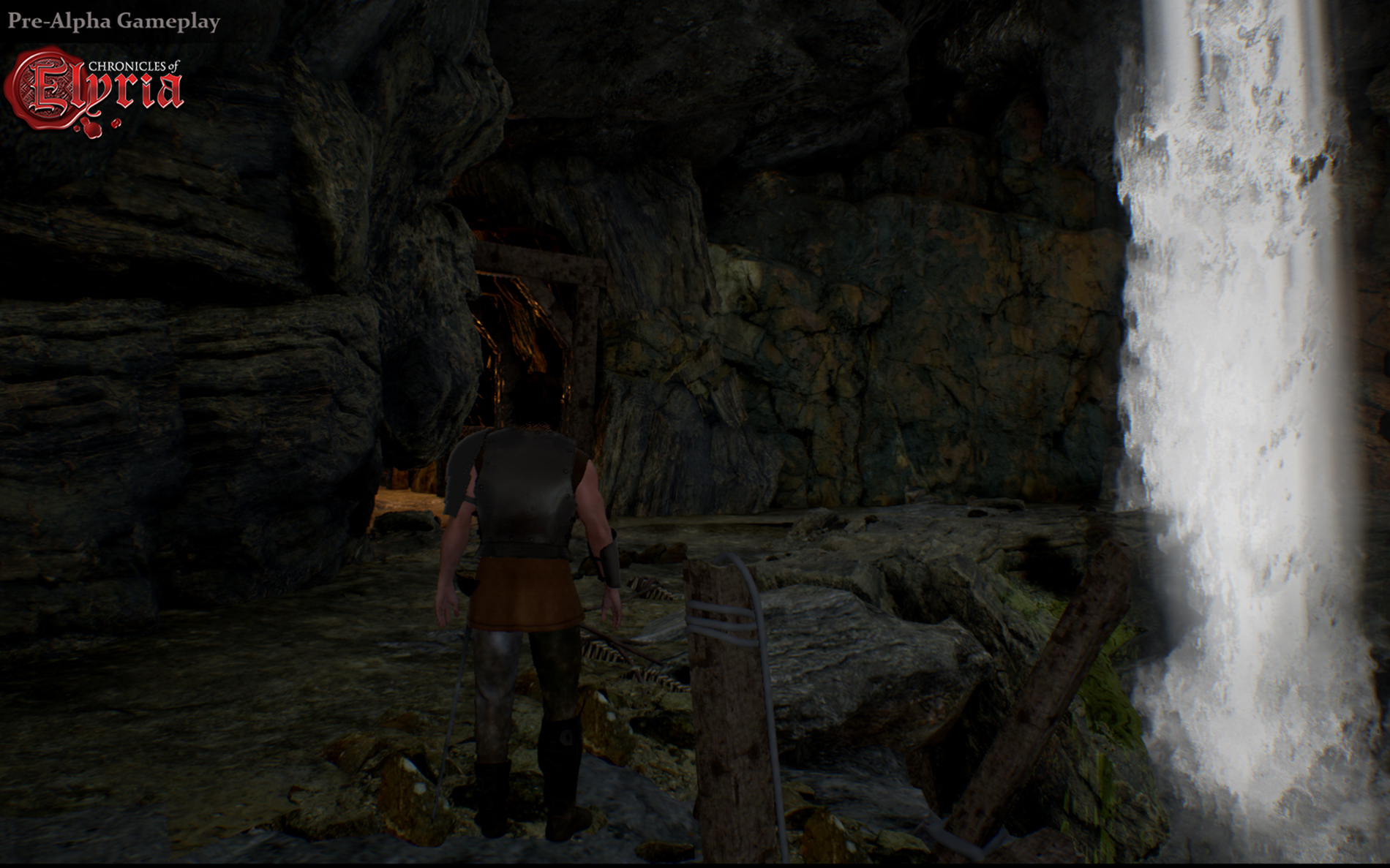 After only a few months of full production, Soulbound Studios shared a preview of their demo content. This pre-Alpha run showcased parkour through Silver Run Mines.

Watch the preview below:

To catch up completely on all that's been happening with Chronicles of Elyria and Soulbound Studios, follow their Facebook page and read through the developer journals on the official site.