New characters in Star Wars: Galaxy of Heroes, along with balance updates

Some major characters from the movies and Clone Wars TV show are showing up in this F2P game.
by Anson Chan

The turn-based, free-to-play mobile game, Star Wars: Galaxy of Heroes, has just received a fairly major update that includes some rather prolific characters and some game balancing changes.

Unfortunately, neither new character can be obtained through grinding -- at least for now.

One of the most prolific Jedi from the Star Wars movies has made his way to Star Wars: Galaxy of Heroes, with a heavy emphasis on buffs and debuffs. However, he can only be obtained by beating a time-limited event that requires very high level Jedi. His abilities are as follows: 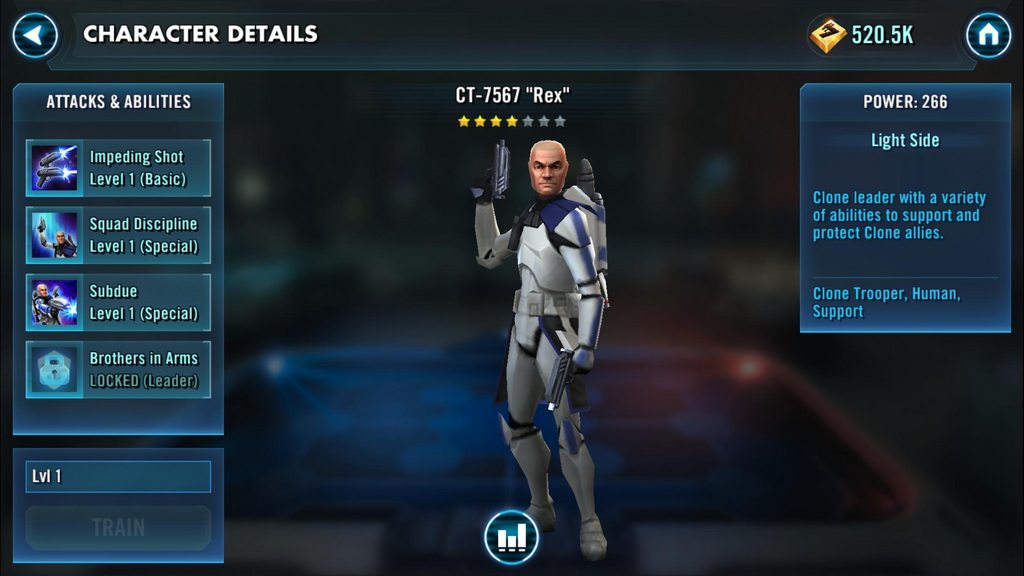 The famed clone trooper captain of the 501st Legion (who made several appearances in the Star Wars: The Clone Wars TV show) is now in the game, sans his signature helmet (for whatever reason). For now, he can only be obtained through the Chromium card packs (which may be changed in the future). His abilities are as follows:

No update is complete without balancing changes, and this one is no exception. Among other things, certain characters can heal themselves every time they attack an enemy -- although the effect is minuscule, often amounting to 200 to 300 points of health at most.

Other character changes are as follows: