In an ideal world, developers know how to properly bring a game over to a different platform; especially one that's far more flexible than the platform they started with. This is not an ideal world, at least not as far as Mutant Blobs Attack is concerned.
by Elijah Beahm

When I review a game and I encounter a problem I can't surpass, I try to find some way to get past it and continue experience the game. I try to complete as much content as possible, and put a great deal of effort in trying to find what is good and bad about a particular title. However, Tales from Space: Mutant Blobs Attack has made this arguably fairly easier, as I can't even get beyond the second level because of how sloppy the port is.

While it may have come from being a Vita exclusive to grace Steam with another one of PSN's charming indie games, Mutant Blobs Attack is not interested in actually being a PC game. Not only does the game emphasize at first you use a controller, but judging by my time with it, I don't think the developer spent longer than a week worrying about the control scheme. I thought Injustice: Gods Among Us Ultimate Edition's PC port was badly handled as far as controls went, but this thing just takes the cake.

The game's controls simply do not work on PC.

By that I mean, they do not respond for certain functions. Basic controls worked well enough (despite inexplicably awkward button placement), but attempting to use my first mutant power resulted in nothing but frustration as the game happily ignored me. This made the second level impassable, and I have not been able to proceed further inward. 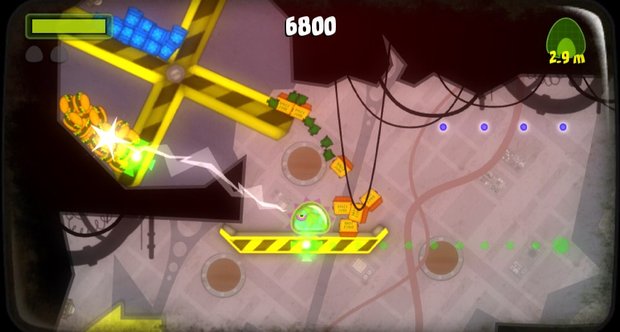 Boy that looks like fun... if only we could play it, right?

Some of you may ask, "but Elijah, why not just play with a controller?" Well, because some of us don't want to have to spend fifty dollars for the ability to play on our preferred gaming platform (or fight with Motion Joy to get it working). Some of us like to actually use keyboards and mice and are quite good at playing games with them. We can play games like Super Meat Boy, Injustice, The Force Unleashed, Castlevania: Lords of Shadow, and plenty more games with ease.

This isn't some "PC Master Race" thing either, it's simple control preference. Just as some people actually preferred DualShock 3 to other controls and even "crazier" people swear the N64 was the height of game input. Why so many developers fail to understand what is arguably the most flexible control scheme available is beyond me. I can only think of one game where keyboard and mouse controls didn't work well, and DmC: Devil May Cry does not immediately give an excuse for lazy porting.

I'm scared to think of how Guacameele! turned out on PC at this rate...

Is the game good when it's working?

Sort of, it's at least acceptable as a platformer (when you literally can only play two levels to judge a game by, it's hard to get in-depth for obvious reasons). The aspects that made the original Blob title on PS3 are still here from what I can play, they just don't really work for aforementioned reasons.

For those with a controller, I imagine the three to four hours (based on reports from others who have played through the game) you'll get will be mildly charming and involve a fair amount of platform puzzling. For those of you like me who don't have a controller hooked up to their PC, you're better off geting something else. Maybe Gunpoint, that's two dollars more, but has a level editor, and works perfectly fine without needing a 360 controller jacked into your PC.

Our Rating
4
In an ideal world, developers know how to properly bring a game over to a different platform; especially one that's far more flexible than the platform they started with. This is not an ideal world, at least not as far as Mutant Blobs Attack is concerned.