Reasons You Should Consider an OLED Gaming Monitor

OLED monitors are the future - are you ready for it?
by RainSixtyGaming

The monitor you’re currently using is probably decent enough as is, but if you wanted to go above and beyond the norm, OLED monitors are going to be your new best friends. 2017 calls for an abundance of different technological advancements to consider, especially in the monitor department - there are a lot of things that go into the monitor manufacturing process. Some companies take it upon themselves to provide customers with the highest-quality monitor options as possible, but it's up to you to seek out those companies. 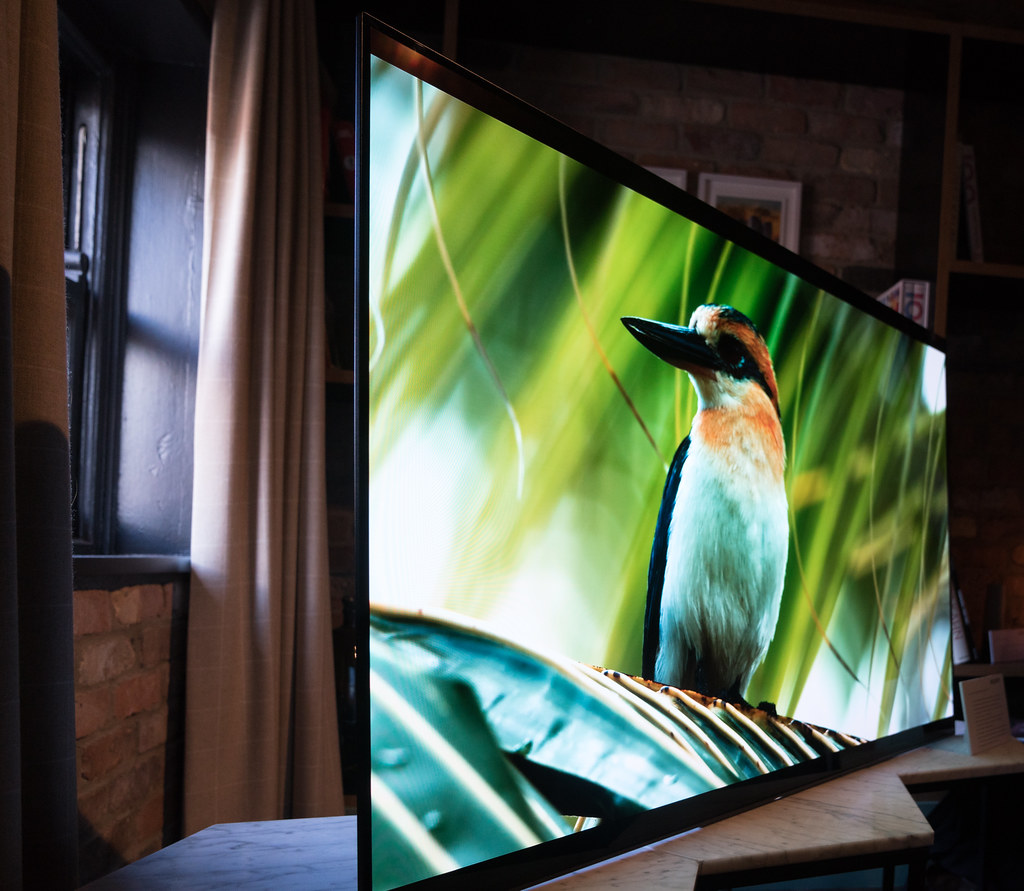 OLED stands for “Organic Light Emitting Diode”, which is significantly better than your average LCD screen (that you’ll find in most monitors or televisions). The largest benefit you’ll receive from using an OLED monitor would be that they are lightweight, and much thinner than the average counterpart. They can be much more flexible in the sense that they can actually be folded and messed about with! If durability is something that you’re seriously concerned about, OLED displays of any sort will keep your entertainment in check.

OLED's that feature an active matrix sport amazing image quality, much better than any other television you’ve used in the past. The range of color is immense, in par with NTSC requirements or even above and beyond that. The pictures you’ll be seeing with an OLED monitor are not only stellar, but also rich in color and tone. There’s a major difference between OLED displays and LCD, but the average person wouldn’t know that - good thing I’m here to help you out!

What Makes OLED So Good?

The image quality is obviously a beneficial trait to receive from any sort of display, but that isn’t the only thing OLED’s offer up to consumers. They don’t use as much power as the LCD variety does, which is great for many different reasons - it allows you to minimize the amount of energy you consume every year, and also lets your hydro bill stay as low as possible. The images and screen are going to appear much brighter in comparison to LCD’s, since the display is very thin and allows light to shine through easily. Additionally, you can leave OLED’s on for extended periods of time without worrying about an image being burnt into your screen - OLED displays also never require glass, which is a must when you’re working with LCD (or even LED) displays.

OLED’s are said to have around twice as long of a lifespan when compared to LEDs or LCDs, so if longevity is a key component to your purchase, you’re on the right path. As more OLED monitors and OLED gaming monitors start to pop up on the market, you’ll begin to notice an abundance of new features being implemented.

What Makes Them Bad?

One of the biggest issues with OLED monitores is that they aren’t being mass produced just yet. OLED televisions and monitors typically use smaller factories to create their displays, which is why there is such a large demand for them right now. When you can’t produce a certain number of monitors every single month, there’s going to a supply and demand issue - it’s like running out of stock on a popular pair of shoes!

Because of the lack of supply OLED monitors are pretty expensive, especially when compared to more standard monitors, but they feature superior panel technology, which makes them the best monitor on the market right now. You get what you pay for in this modern world, so of course, it’s going to be expensive when you’re buying a high-quality product. Although they’re going to cost quite a bit of money, the many positive aspects of this display outweigh the financial burden. If you’re good on cash and can spend it, you may as well! If you aren’t and OLED's seem out of your price range, it’s a good idea to look into buying a used product.

With stellar refresh rates, optimal color ranges and everything else you could ask for out of a display - OLED monitors are changing the way people approach television, movies and gaming.

I have nothing but good things to talk about in regards to OLED displays. Sure, they cost a pretty penny, but everything in life that’s “worth it” is going to cost you. Whether it’s money or time, anything worthwhile is never going to come cheap. If you’re still confused as to which OLED monitor you should be considering, just do a bit of research - check out Amazon and other online marketplaces. Look at reviews and identify the proper product for you