The First Expansion For XCOM: Enemy Unknown Has Been Announced
by Smoky Grey

Firaxis announced that it is adding even more awesome content to XCOM: Enemy Unknown with the all new expansion XCOM: Enemy Within. This new expansion will be bringing a ton of stuff including over 40 new maps.

We will be getting a new resource known as Meld. There will be Meld canisters scattered randomly across the maps. You have to hurry to get these canisters though, because they are all armed with a timed self destruct. There will also be new grenades types, like the needle grenade and the stealth grenade, for those of you who love to blow things up.

We will now be able to build an all new facility called the Genetics Lab. This new facility will allow you to genetically modify your soldiers by building Gene Mods. Each soldier will have 5 slots to equip these mods. The brain, eyes, chest, legs, and skin will each have two choices of upgrades. 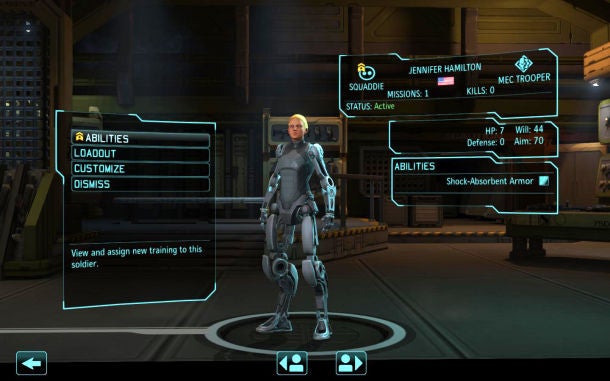 We will be seeing a 5th soldier class, MEC Trooper, which will require the building of a special facility to access. Your soldiers will be outfitted with a mechanized exoskeleton cybersuit which can be upgraded with new toys like flamethrowers, rocket launchers, and lasers. Once upgraded to a MEC Trooper the soldier can no longer be genetically modified.

We will be getting new weapons, ammo, maps, classes, abilities, and upgrades. We will also be getting a whole slew of rebalances. There will be many changes to abilities and classes to make the game a little more balanced; sadly this means we have to rethink a lot of our old strategies. This new expansion will be released as a standalone title on consoles for about $40 and as an expansion pack on the PC for about $30 . XCOM: Enemy Within will be releasing on PC, Mac, Xbox 360, and Playstation 3 on November 12th, so get ready fo save the earth... again.