A surreal experience, Breaking Madden is the Super Bowl video to watch.
by Amanda Wallace

The field is set. The snow is falling. The fans are waiting. Seahawks vs. Broncos.

But this is not the Super Bowl--at least not the one you're thinking of.

For a season now, writer Jon Bois has been hacking Madden NFL 25. For a non-sports fan like myself, viewing the videos without context has been a strangely enlightening experience. In one, Tom Brady passes to himself. In another, the ball carrier runs around the field in circles, his feet ever juking away from other players.

But Breaking Madden: Super Bowl XLVIII is where it gets really weird.

Bois has done a write-up on the process, from picking the teams to getting fans of the series to donate $3-5K to worthwhile charities for a chance to name one of the players. He sums up his intent:

For this, the season finale of Breaking Madden, there will be bitter cold and heavy snowfall. There will also be, Lord willing, the most one-sided result in the history of sports. In the greatest American football rout of historical record, Georgia Tech beat Cumberland College, 222-0. I want to multiply that. I want a thousand points in one game.

For this game, Bois wants a clear winner. The Superbowl has become toothless, no ass-whooping had in years. But this game is different. By manipulating the in-game stats, Bois creates two teams that are as opposed as possible. He creates a blood-bath. 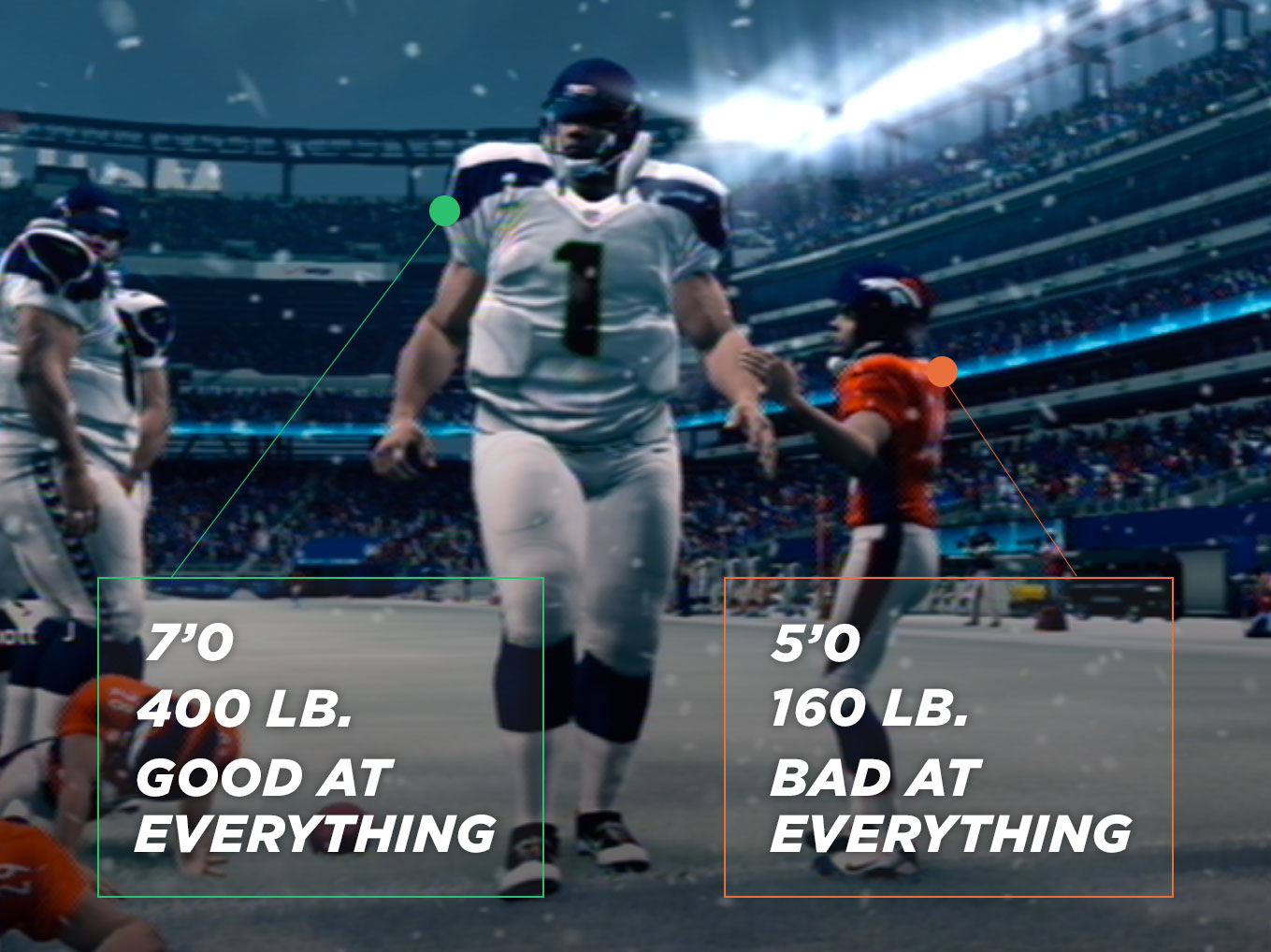 The battle is fought between tank-like sport geniuses against the kid who got picked last in high school dodgeball. It's brutal. There is no hope. With a voice methodically explaining to you how the machine has bled to death, you watch as the Broncos are punished. Destroyed. Crushed.

It's delirious and bizarre. For a moment, you catch sight of a slender figure in the Bronco's jersey. The words across the back? Mom. Mom is being charged by 400 pounds of cyber-tank, and it isn't going to end well. Bois's actual mother chipped in, and got to name the quarterback for the game. 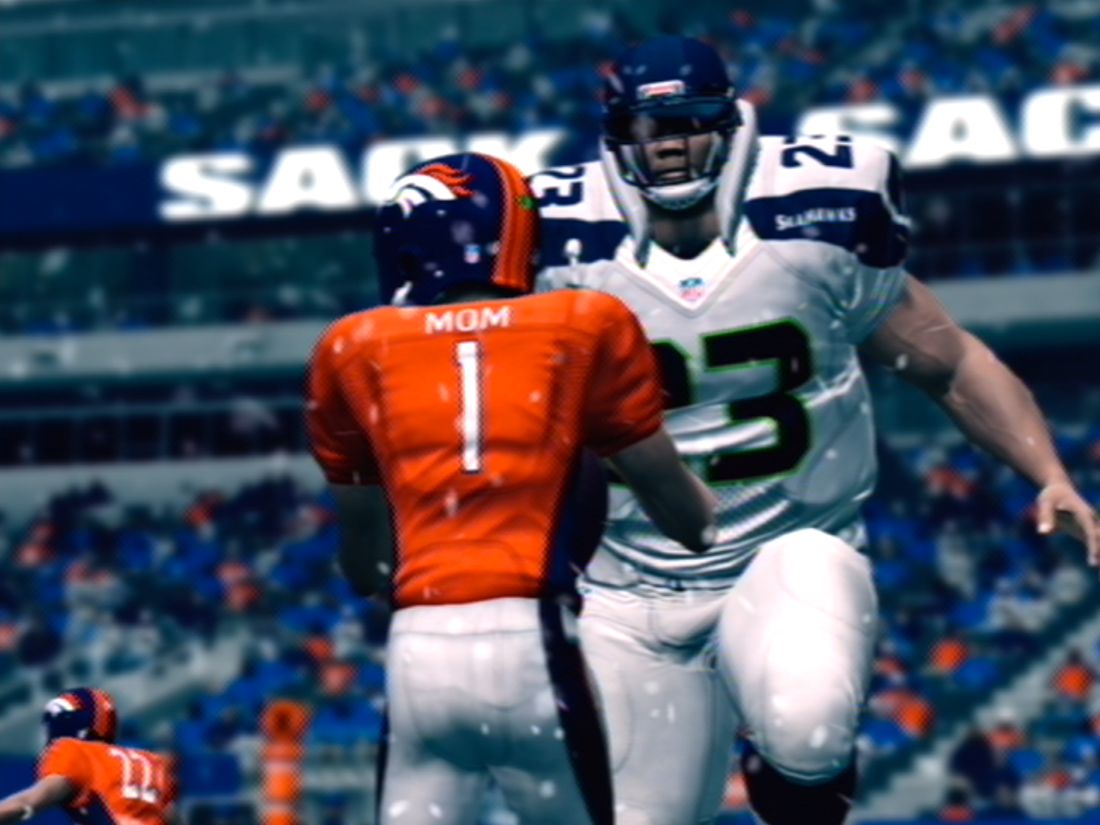 If you have the time, Bois's complete article is well worth the read. In it, he details the brutality of the game, the thought behind his process, the cruelty that he inflicted to the players in his game of Madden NFL 25.

You can get the full read at Jon Bois's Breaking Madden Super Bowl article.