Explore and adventure through an odd and funny world where everything is made of clay!
by Janette Ceballos

I’ve seen games experiment and push the boundaries of what a video game can look or play like, but I have never seen a fully Claymation-style game. Enter Don’t Open the Doors!, a quirky indie RPG action adventure.

Here, you play as a normal clay man dropped right into the middle of a national crisis. Strange doors have been popping up everywhere, causing strange bugs and plants to appear and start talking, scaring the villagers into leaving their homes. You’ve been tasked with destroying the main door with a weapon called the Megabomb.

In addition to this mega weapon, you also wield a hammer, smaller bombs, and a popcorn gun, for a variety of ways to defeat enemies. If you collect books in some of the dungeons, you may be able to learn new skills like how to make healing potions or how to form combo attacks. For protection, you can buy or craft armor.

The layout of the dungeons differs based on what door you enter. Some of the dungeons are labyrinths you must navigate through, while others are a test of sheer strength. Regardless, each dungeon has its own set of secrets to explore!

The world itself is colorfully bright and Candyland-esque, with a personality as odd as its inhabitants. There are many regions to explore including a river, suburbs, a mushroom forest, and secret hideouts. Exploration is highly encouraged in this open world especially if you want some sweet upgrades or hidden secrets.

Everyone in this game is a little weird, even the character you play as, that is, if you choose certain dialogue options. The plants and bugs that you can easily squish sometimes attack you and sometimes just talk to you. The other clay men who are supposed to be on your side may end up making your life a whole lot harder than it needs to be. You never know who’s really there to help you until you get swindled or hit!

The odd thing about the characters is that they leave you with a kind of moral conflict you wouldn’t expect in a game that looks this cartoonish. A few of the side quests you can do involve killing and stealing from the bugs and plants. And while, yes, you can technically destroy every last bug and plant that jiggles, it’s unsettling to do so when you know some of them aren’t there to fight. Some even ask for your help and give useful advice. So what do you do when asked to kill 20 bugs to get into a secret base but the last few beetles are happily talking about sunflowers in the garden?

Despite this, you kind of want to keep going to figure out why these doors showed up in the first place, why they’ve brought strange plants and creatures, and why everything is so odd. 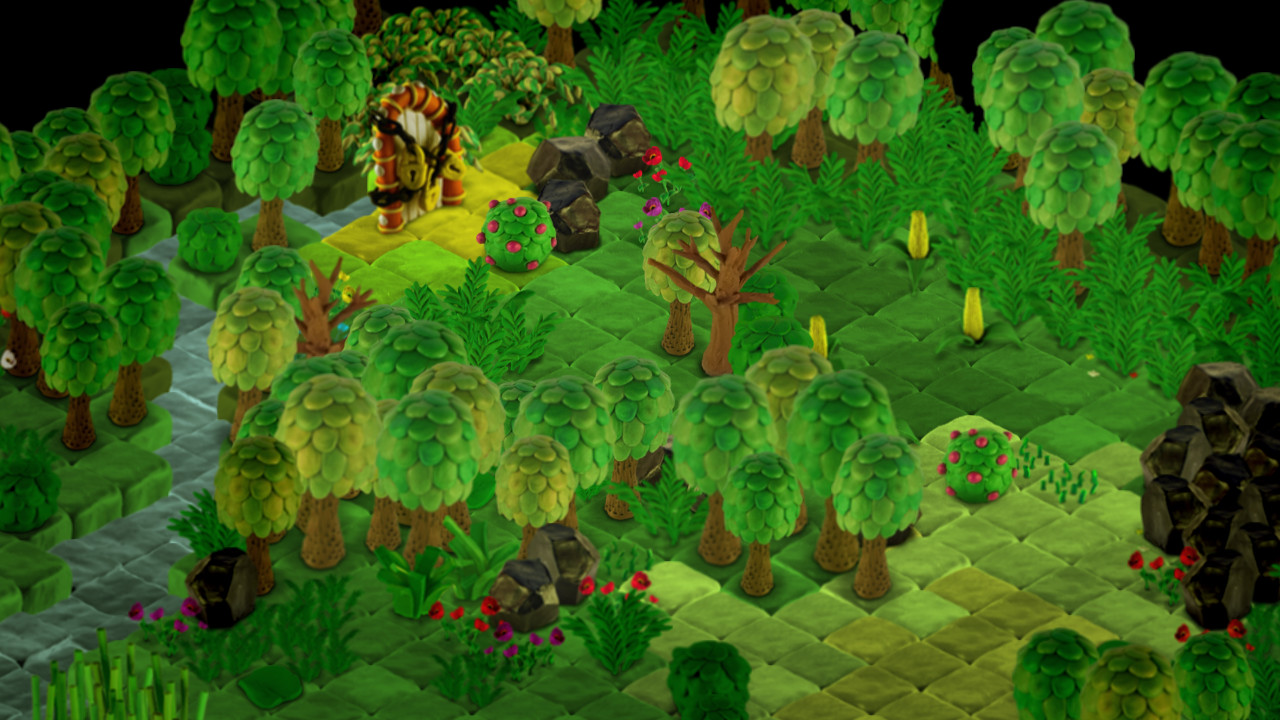 My only gripes with the game are that it’s a little hard to aim or walk in a specific direction. The game is set to the arrow keys for movement and the world is at a bit of an angle, which results in this trouble. Another problem I had was the slow movement of the character. Walking at this pace makes it tiring to get across the areas, which you have to do a lot in this game.

Overall, Don’t Open the Doors! Is a charming clay-styled adventure you won’t forget. If travelling through strange lands and talking to mushrooms, pumpkins, and bugs seems like a fun time, you should check it out. The game is available on Steam for $10.

Our Rating
9
Explore and adventure through an odd and funny world where everything is made of clay!
Reviewed On: PC
What Our Ratings Mean