Plague Inc is coming to infect your table top as a board game.
by Sagger Khraishi

Yes, Plague Inc. is becoming a board game. You heard that right. The popular iOS and Android game that has been out for over four years is being transformed into a board game for 2 to 5 players. Each player will take on a role of a fresh disease, and they must fight each other in order to evolve and take over the world. 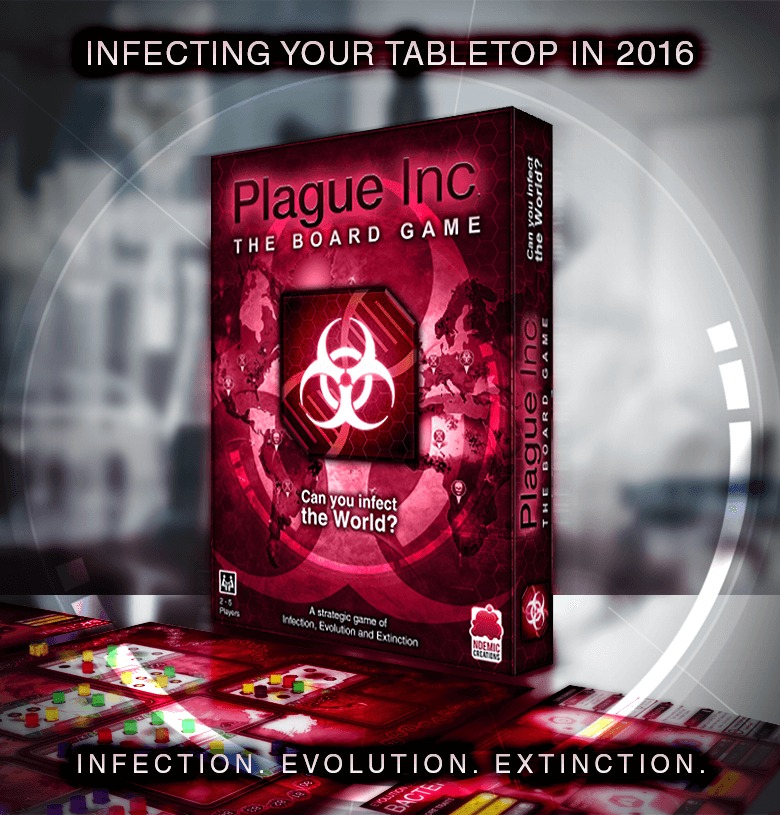 Starting from your first infected victim, the gameplay centers around grabbing cities and earning DNA points to become more potent. In order to spread to new countries (like the mobile game), you need to make sure you have both the resistance and the proximity to reach them. A special “Death” dice will be used when a country has become fully infected to eliminate the population.

This project is currently in the works, and the people at Ndemic creations are working to launch a Kickstarter to help fund development of the game. If you are interested in play testing, and you currently live in London, UK, then sign up here to join as a physical playtester.

But for now, the mobile game is still making headlines, with the most popular disease this year being "Donald Trump". 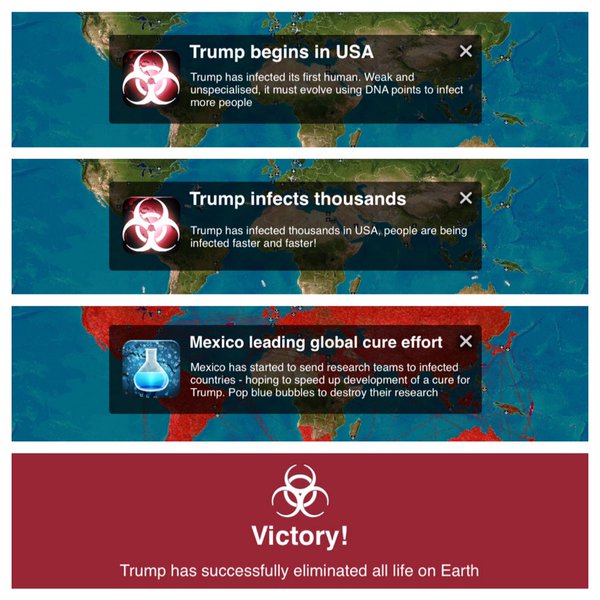