Everyone's favorite family from Springfield will be hitting Minecraft soon.
by TumsST

Everyone's favorite zany family from Springfield will be making a trip to the Minecraft universe soon. In February, fans of The Simpsons, which is pretty much everyone, will be able to purchase/download skins for Minecraft on the Xbox One and Xbox 360 versions of the game. The downloadable content pack has Homer, Marge, Bart, Lisa, Maggie, and nineteen other characters that inhabit Springfield. 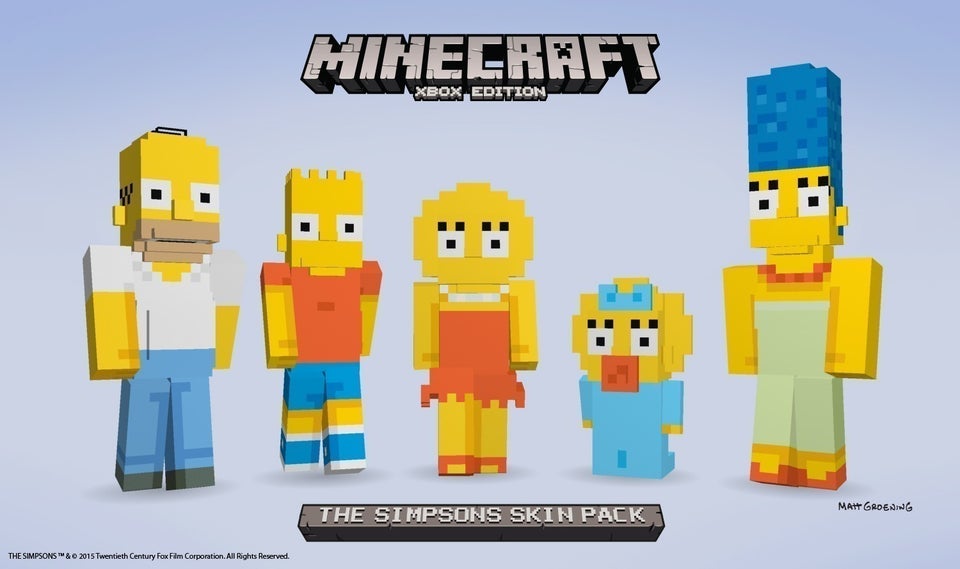 The Simpsons have already done a couch scene based on Minecraft, so it was only logical to have the 20th Century Fox property return the favor and appear in some capacity in the game. The downloadable skins will be available for about 2 dollars, sometime in February.

Xbox executive, Phil Spencer, has stated that the fans have been asking for the Simpsons to be in Minecraft, and they are going to get their wish. It should be interesting to see what the fans create with the Simpsons in their Minecraft worlds now that they will have the opportunity to do so!

It will be fun to see if and when Fox brings different variations of the Simpsons to Minecraft, like Dancin' Homer and Bartman. The fans will ask for more now that they see their pleas have been answered.