A rare gem of the Let's Play community
by katlaborde

Every gamer has probably watched a let's play video. For whatever the reason, whether it's because we never got a chance to play the game ourselves or it just isn't worth our money, some enjoy watching somebody else play through a video game. Most of these 'Let's Players', or LPers for short, provide a commentary. The majority of them tend to be humorous or irritating depending on taste, but when you do stumble across an individual that possesses a charming personality, you can find yourself addicted to their videos.

Within in that world of LPers striving to grab your attention, all starving for those precious  YouTube views, there is one Let's Player that truly stands out from the rest: supergreatfriend. 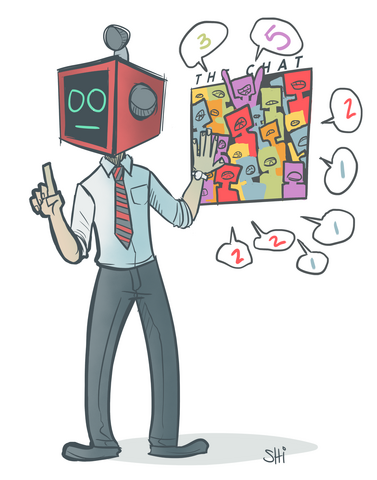 There's not much known about supergreatfriend in the real world, but that only adds to his alluring character. The lack of a face, accompanied only by his casual voice, gives a sense of humility. He keeps it simple and subdued. He doesn't speak during cut scenes, he never resorts to being obnoxious, and he even provides interesting facts about the obscure titles he tends to showcase.

His down to earth personality is a breath of fresh air amid the countless intolerable let's players mostly focused on making stupid sexual references and excessive swearing. Now come to think of it, I don't  think I've ever heard supergreatfriend even swear on any of his videos.

Speaking of his videos, supergreatfriend is a true connoisseur of the overlooked and weird. On his channel, you can find games like MODE, an FMV title where you crash a yuppie centric party or the late Kenji Eno's bizarre D trilogy. He provides us with titles that most of us probably would've never been able to experience if it weren't for his vast library, introducing us to gaming's most forgotten corners. His commentaries give insight into the bizarre developments of these games and why they were left in annals of gaming history, all while making us laugh with his dry humor.

The Ouya and the "stratovarius of controllers".

Supergreatfriend truly cares and has an interest in the games he plays for his loyal viewers, a loyalty that is returned with a continuous supply of uploads as well as live streams almost every Saturday night. His streams allow for his watchers to gather together and chat while he demos multiple titles. These games could be absolutely anything, ranging from mainstream new releases to  collections of games pulled from the defunct Ouya's library.

Let it be known that anybody that is willing to play through every Xbox Live Indie Game is a dedicated individual willing to endure the worst that the gaming world has to offer. All for the entertainment of his viewership, mind you.

Some of my favorite of his LPs include:

Supergreatfriend is a rare gem of the Let's Play community. If you are curious about unknown or forgotten titles or you just simply want to watch some of the best let's play videos on the web, go look up supergreatfriend now. You may just find yourself spending your Saturday nights watching some of the oddest video games ever conceived.

Do you watch Let's Play videos? Who's your favorite LPer? Let me know in the comments below!