Ever wonder how the process of making a game works in a small community?
by Nutronic

Tiny Horse is a great company to look at the lessons learned from the current indie gaming boom. Based in Portland Oregon, this little startup has joined its fellow companies in the ever growing silicon forest. I sat down with Tyler Edwards and Hagen Deloss to find out more about their company and their first game: Mimic.

When I asked Tyler how he got into gaming, he told me:

I wanted to make games forever, but didn’t know how to do it. So I started in high school with mods, ya know. Messing around with Unreal development kit, then in college made some stuff in unity and made a couple prototypes...

…I actually graduated with degree in computer science in college; bachelors. But the basic workflow how I teach myself this stuff; was modding I would get tired of just the in-game tools. I realized I could make my own models, and I figured out pipeline, and jerry-rigged from there…

…When I first moved up here [Portland], we were finishing up my senior project on my game. It ultimately fail through, but we were talking about making a studio for the game. Two years later, starting it for myself was surprisingly easy. Setting up an LLC (Limited Liability Company), is a decent way to separate yourself from the financial liabilities of own company.  Even that isn’t really necessary though… …The barrier for entry is way lower than you may think. 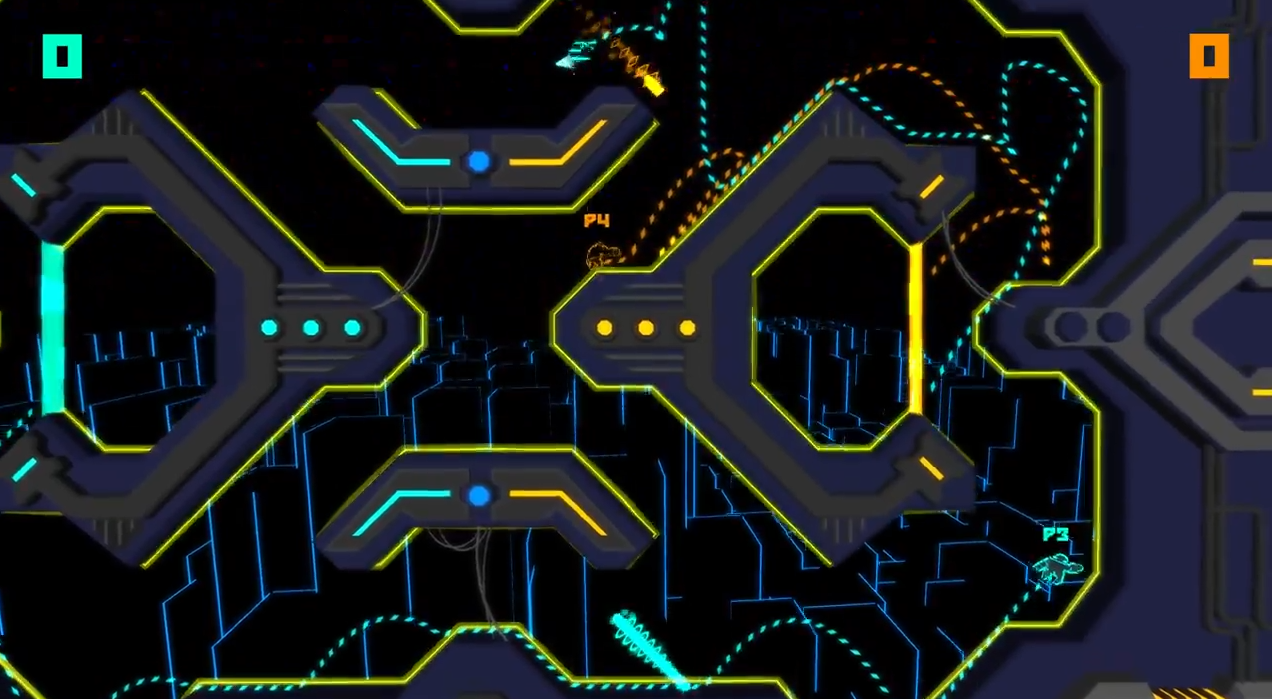 It was on that note we began talking about the day to day bits of making their first game. I was assured that sacrifices had to be made, but with stable employment anyone with passion could make their vision a reality:

Tyler: Right now it’s being funded primarily through my day job [Intel]… …when you moonlight as a game programmer, you need to give up one thing, either sleep, social life, or career. I’ve chosen to give up social life. Right now we aren’t currently looking at any external publishers.

Tyler however is not alone in this adventure. Hired on roughly a year ago, Hagen has been the art director to help round out and refine MIMIC:

when you moonlight as a game programmer, you need to give up one thing, either sleep, social life, or career. I've chosen to give up social life.

Hagen: I was throwing applications for about a whole year at Double Fine. It was a big black hole of going nowhere; no one was even reading them. Then I found a Craigslist ad for ClutchPlay, and though” oh well, Portland company here that’s making a game, so of course I’m going to apply”. So I did, and Amy Dallas who’s the producer at ClutchPlay, contacted me and said: Hey I was looking for a game artist and my friend at Double Fine who produces there, sent me your information and said ‘you might be a good fit’” then you also applied to our position at Craigslist and we kind of figured it was fate.

… I definitely wanted to work on Mimic because it was in 3D. I felt I needed to enhance my 3D skills and 2D skills. This game isn’t for mobile, it’s for consoles. And I didn’t have any titles on consoles to my name. And this is a way for me to explore that in a very safe environment.

While always wanting to break into the gaming Industry, both Hagen and Tyler have found freedom and new challenges in every stage of development along the way. Mimic, which began life as a simple 48HR game jam title, has grown into something much more than anyone at the time would have guessed. The game itself was of course responsible for bringing these two together:

Tyler: We met through P.I.G. Squad, I moved up here a couple years ago after college. I was introduced to P.I.G. Squad (Portland Indie Game Squad) by a friend. I decided to go to a game jam one year and, came up with the idea of Mimic.

Lots of my Co-workers loved it, so I kept on showing it off and eventually asked for some art critique about making this game “pretty”.  That’s when Hagen got some interest, and approached me. I asked him what I could do to improve the game-

Hagen: No you approached me…

Tyler: *chuckles* I approached you to look at the game and said ‘what could I possibly do?’ And you were like ‘Complete it’.

I asked [you] what I could do to improve the game..and you were like "Complete it."

MIMIC it’s self is best described as a battle arena platform shooter with a ghosting mechanic. As a former Smash player of some skill myself, it was easy to see the competitive potential Mimic has for those craving good controller based PVP. MIMIC has been in development for roughly half a year. When I asked Hagen about some game details he gave me some great insight into what inspired certain key aspects of the game:

Hagen: We have drawn influence from a myriad of sources. When Tyler first approached me, he cited Towerfall/Smash Bros game play with Tron-like visuals.

I have tried to keep a diverse folder of reference. Drawing from game aesthetics of Blood Dragon, Starwhal, and Invisible Inc. I also try to follow low poly modeling artist styles I appreciate like the art of Massive Chalice and Gnog

Mimic is a game where you create your own team mates by dying, and the game modes we have implemented reinforce that mechanic. The game has a very fast paced, hectic gameplay in death match mode.

The different factions in Mimic were a choice made to help players have a visual connection with their character that was beyond just a color swap.

The character visuals are strictly cosmetic, and don’t change how the character handles. We added "male" and "female" body types because, in my opinion, its narrow-minded and silly not to add that choice

Currently, Tyler has been in talks with Nintendo about getting Mimic on one of their consoles. They are hoping to finish and have the game released early 2016, possibly February!