Graphics are getting better and better with each new release, but could it spell trouble for the actual game part in gaming?.
by Engela Snyman

For the gaming industry, graphics and visuals make a grand statement to the budget and over all production value of a game. It's a status symbol for the PC gamer (look what it can do!) and 'buyer's relief' for the console gamer (thank god it can do this). But is our race for better, smoother graphics and textures slowly suffocating the 'game' part out of gaming?

It's a fair question seeing as most people who play games will eagerly point out “Look at those graphics!” and a lot of us seem to think better graphics equal better games.

Just mentioning Minecraft, Terraria and Don't Starve hammers the counterpoint home quite effectively, though: graphics aren't everything, but we all knew that of course.

We can't really deny the appeal of a good looking game. It takes our experience to that next level, makes it feel all the more realistic, and draws you into a world you would never be able to see otherwise. Star Wars: Battlefront III has some of the best graphics seen to date in a game and hot digitty damn they're beautiful.

Great graphics encourages PC gamers to upgrade computers and helps to sell consoles to the casual gamer. Selling consoles or upgrades for PCs means more games and more money, which adds up to potentially better games, and yet people are still buying broken games on launch – so, what's the problem?

The problem is that graphics can't carry a game, the gameplay does.

Star Wars Battlefront was created by Pandemic Studios in 2004. It has been an active online game for over 10 years and has generated a dedicated fanbase. Rightfully, these fans were excited for the chance to play an updated and better Battlefront, what they got instead was a beautiful porcelain ball. Pretty to look at, nice to hold but it had no bounce.

DICE clearly put way too many resources into the look of Star Wars Battlefront III and completely forgot to add the actual game. Players are okay with that, and there in lies another problem: we don't seem to care.

Developers, designers, and publishers are pushing to better the graphics of games every day because that is what we demand. Graphics get dated very quickly and apart from the initial 'oh my gosh' moment when seeing the details and textures for the first time, the appeal very quickly wears off, and we are left with very pretty but broken games.

Arkham Knight from Rock Steady was rushed to the finish line long before it was ready for it.

The game had glaring story issues as well, and the DLC to date has been underwhelming. But if you ask anyone about the graphics, they'll tell you it's great, amazing and 'the best to date in any Batman game' and for some reason, this seems to excuse the developers for releasing a broken game on PC.

They had to entrust the port to another company because they didn't have the time and it shows. Far Cry 4 also had glaring issues, and despite the very popular The Witcher 3 snagging game of the year, it too had terrible bugs, broken quests and other issues still being reported by gamers.

Are these games even being tested beforehand?

Most games go through beta testing, which is a great way to fix many problems a game might have before launch. It offers players the chance to push the boundaries of the game, to make it crack open and let all the ugly bits fall out for the developers to clean up. But clearly these tests aren't being performed as thoroughly as they used to be, and patches aren't helping.

Patches allow publishers to push for earlier release dates. If the game has a problem on launch, they just release a patch. So, even if we turn our focus away from graphics and push for game-play it probably won't fix the buggy launch issues. But it might just ensure better games.

We need to start reminding the game publishers that at the end of the day that's what they are making, games, not quasi-movies.

But what are the benefits for a game that does not have spectacular visuals? Well for a start, companies will add more to developing a game that is fun which might add to more play time, better variations in items, and maybe even ease out the bugs. But we don't have to drop visuals entirely, there is another way of approaching this. 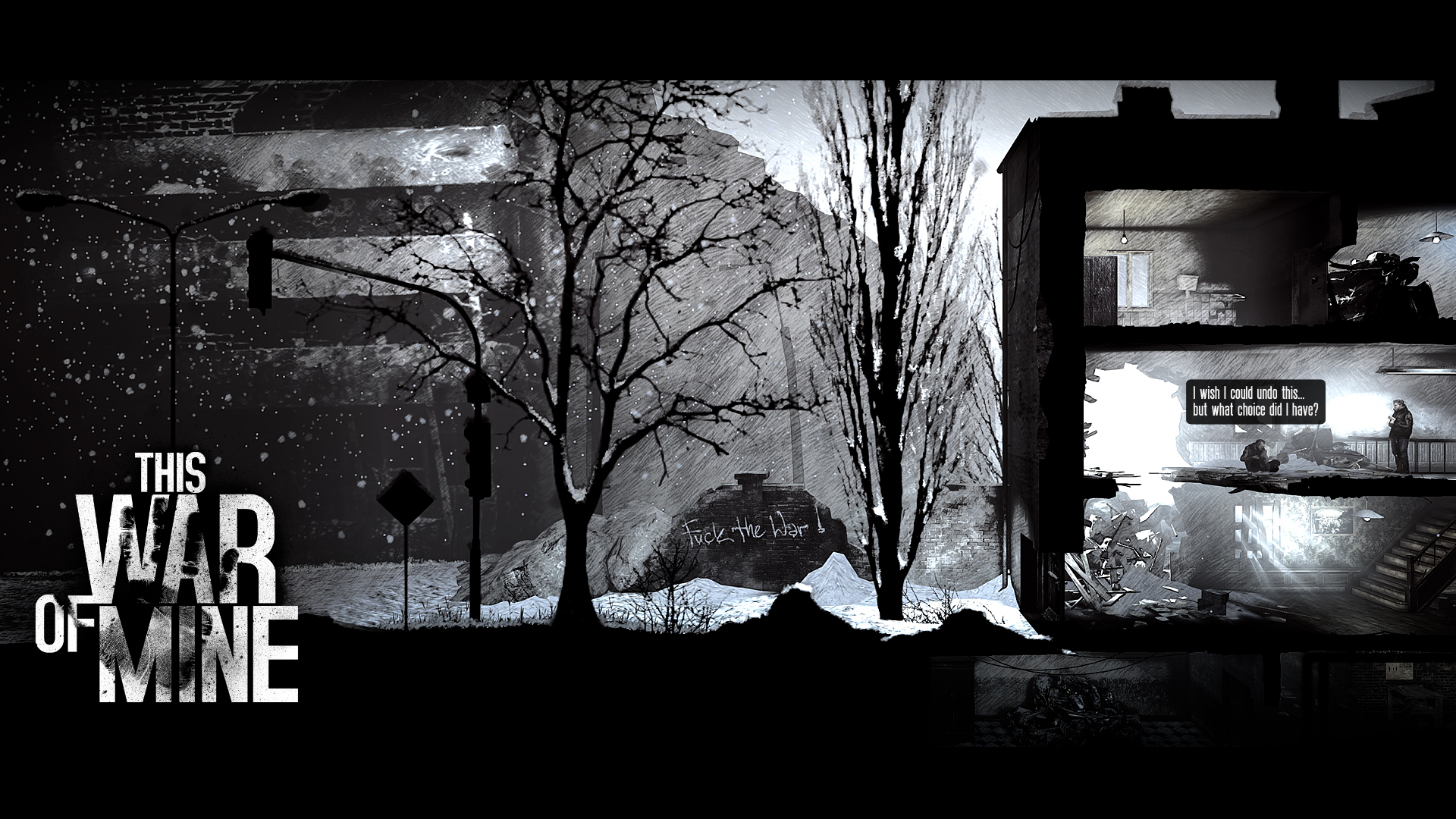 Instead of focusing on the detail of a game's visual perhaps we could instead focus on the effect that visual has. A lot of graphics today are only stunning or pretty, which is not exactly what we should be going for in games. Graphics should be practical; they should create atmosphere, characters, ambiance and effects that better the experience of the player. This Wars of Mine is a stunning example of simple stylistic graphics that not only create excellent atmosphere but builds the world in the tone it was supposed to be made in.

Immersion has a lot to do with the visual, but it's the smart visuals that pull us in.

It's clear that the graphical aspect of gaming is too far ahead for its coding counterpart. Developers just need to pull on the reigns for a bit. Hold up the graphics so that game design can catch up, having them in sync is much better for gamers and developers alike. There is nothing wrong with letting graphics run a head from time to time, keep pushing those boundaries and make games with excellent graphics - let's just not make that the norm.