Ah, Warcraft. It's a series that has been in gamers’ hearts for over 20 years, from its roots as a real-time strategy game to the legendary MMORPG millions are familiar with. After remaining an icon of video games for so long, the Warcraft franchise has finally made its way to the big screen. Directed by Duncan Jones and portrayed by lead actors Travil Fimmel (Vikings), Dominic Cooper (Preacher), and Clancy Brown (Starship Troopers), Warcraft details the events of the first real-time strategy game, Warcraft: Orcs and Humans. To review this, it would be unfair of me to say that I have not grown up with this series. I never played the first two Warcraft games, but spent a lot of time in my early gaming years with Warcraft III: Reign of Chaos. Additionally, I have been playing World of Warcraft since it came out 12 years ago. My knowledge of the lore is pretty substantial, as is my passion for the franchise.

All this being said, the movie was remarkably average. My suspicion is that without my pre-existing knowledge and nostalgia goggles, it would have been even worse. First, I guess let’s talk about the good stuff.

The action in Warcraft is great. And while maybe it doesn’t necessarily rival that of something like Lord of the Rings, it was still extremely entertaining. There were countless times I winced in my seat as a knight’s head was crushed by a giant hammer, or an orc was stabbed through the neck. The battle scenes, of which there are several, all convey the correct level of epicness we have come to expect from the Warcraft series.

Oh boy. I wasn’t surprised by this, and I don’t think anyone would be if they were even remotely familiar with the work Blizzard does on animated cinematics, but the CGI and overall look of this film were beyond fantastic. It's some of the best CGI I’ve ever seen in a movie hands-down, which is even more impressive when you consider the movie is probably in front of a green-screen 90% of the time, but never looks janky or out of place. All the orcs are CGI, but look so detailed and well-done that they might as well be be real. The landscapes, the magic spells, and the non-human creatures all look fantastic. 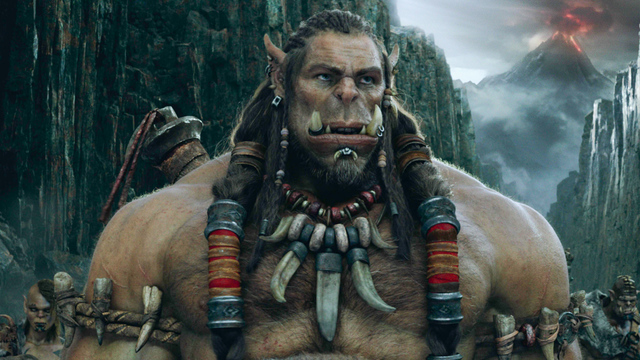 Before I move on to the bad, I’m going to give an honorary mention to the orcs as a pretty redeemable part of this film, and I don’t mean the CGI. The orc storylines and characters were far more interesting than the humans’, and Durotan was the best character by far. That said, Lothar (a human) was still pretty entertaining.

So, time for the bad.

There wasn't much to love about the dialogue, the acting, the exposition....and pretty much everything else I didn’t list as good.

There were more cringey one-liners that were meant to be “epic” than I can even care to remember, and part of that is probably because some of the actors just didn’t have what it took to deliver them. I often was asking myself internally: “was that the best take they got?”

The exposition was a problem because, while I know a lot of the Warcraft lore, many people don’t, and many things go very unexplained. Even the parts of the story I was shaky on and could’ve used some refreshers, but they weren’t touched on nearly enough, so even I was pretty confused at times. My suspicion as to why this movie is getting such terrible reviews is pretty much that -- that people unfamiliar with the franchise just didn’t get it. And I think that’s fair, because while the movie is impressively loyal to its source material, there are still ways to practice proper exposition and get everybody on board (see: Deadpool).

In short, I give the movie a 6/10 for being entertaining and fun, almost exclusively in the visual sense. But if you don’t like the game series, I probably wouldn’t bother with Warcraft.