HBO NOW Is On Playstation Finally

Sony announced that today HBO NOW is available on the PlayStation 3 and 4. They also stated that HBO and Cinemax are now included on PlayStation Vue.

HBO NOW is Home Box Office Entertainment's streaming service. It offers subscribers the movies and television shows that HBO gives those subscribed to HBO through cable, DirecTV, or Dish Network.

Meanwhile HBO and Cinemax are both premium channel services found on cable and satellite TV services, but as Sony pushes for PlayStation Vue, their "internet-based cable alternative," they've added both HBO and Cinemax so viewers can watch their original shows (Game of Thrones, The Knick) as well as the full movies that both services provide. 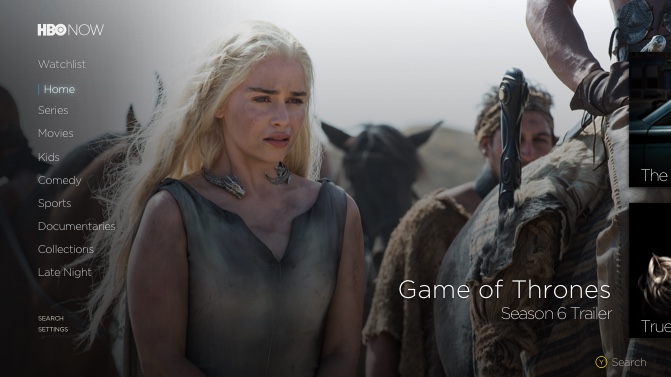 PlayStation Vue is Sony's intended cable replacement. Have any of you made a jump to it? How do you feel about HBO NOW being on PlayStation? Is it a jump you're going to make? Let us know in the comments section below, and thanks for reading.