The Secret World Issue #7 Just Around the Corner

The Secret World's latest patch applies some much needed bug fixes, and primes the pump for Issue #7.
by Kazemusha

Funcom's latest MMO, The Secret World, has a major patch just around the corner. For those who haven't been following this modern day MMO of magic and conspiracy theory, the major content patches are released like a comic or graphic novel, in issues! Each issue features new story content, and a beautifully rendered comic book cover. 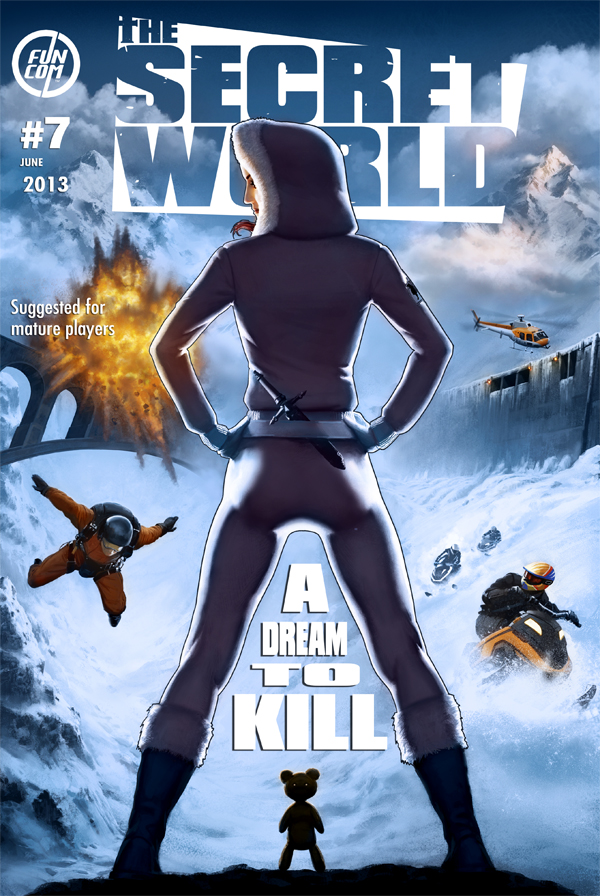 The Secret World's upcoming content patch, Issue #7: A Dream to Kill, features a James Bond inspired storyline. Set in one of the games major zones, Transylvania, players will take part in a thrilling, sexy, spy inspired mystery, that would make Ian Flemming proud!

So you can imagine when players booted up their patchers and saw something was downloading, they were pretty excited. Sadly, the patch that released today was not Issue #7. Instead, The Secret World got some much-needed bug fixes that addressed problems across the board. Everything from world visuals and GUI problems, to PvE and PvP balancing were addressed! Additionally, Funcom has put in place some key elements that Issue #7 will take advantage of. Essentially, Funcom has primed the pump for Issue #7 with this in-between patch.

Go Out There and Save the World Again!

Now it's my turn to get on my soap box and share something with you all:

If you have not tried The Secret World, and you're a fan of either MMOs, adventure games, or urban fantasy and conspiracy theory (I'm looking at you X-Files fans!) you absolutely need to give this game a shot!

The Secret World has some of the highest quality story telling of any MMO out today. The game features full-length cut scenes that are fully voice acted, and voice acted well! Characters are expressive, stories are mind probing and in-depth; every character has a story to tell, and you come to care about every single one of them.

For those of you that continue to play The Secret World, get ready for you own thrilling Jame Bond style adventure, and enjoy the bug fixes!

Long time gamer, Kaze started out with titles like Myst and Final Fantasy. Now this gamer has a diverse library and wide range of interests. He loves bringing this diverse insight to his writings.