3.00 will include more storage, and more ways to connect with friends and the community.
by Andrea Koenig

It will take a while for all PlayStation 4 users to get their hands on it, but PlayStation update 3.00, codenamed "Kenshin," is now available to members of the PS4 beta program as of September 1.

Most update features are in hopes of helping PS4 users connect with their fellow gamers. Not all updates have been released, likely for that reason, but the PlayStation blog has released some of the highlights. 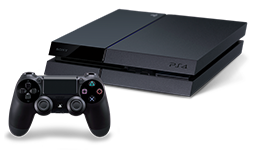 PlayStation did mention that there is a chance that not all of these features will make it to the final launch.

This beta release comes along side a public PlayStation Store app update that introduce several games, themes, bring back DIRECTV NFL Sunday Tickets, introduce a trailer for the upcoming premiere of Hand of God (ft. Ron Pearlman) on Amazon Video, and release all 27 episodes of Gurren Lagann to Crackle.