Kickstarted MMORPG Roguelands has finally made it onto Steam

Roguelands, the Indie-title with a lot of monsters and space, has finally been released on Steam.
by Engela Snyman

Roguelands -- an MMORPG about Galactic Cadets, hostile planets and precious resources -- has finally beamed its way onto Steam.

First put on Kickstarter last year in June, the game was fully backed within a few months. Shane Young, developer and creator of the game, worked steadily for over a year in a half to get the game ready for an official launch. It was added to the Steam roster on the June 13th as Roguelands V 1.0.

In essence, the game is very reminiscent of Terraria with more space and a lot more stuff to fight. It's main feature is the 'proceduraly generated planets,' which means every planet you 'beam down' to will be different. It also boasts character customization, gear creation, professions to master and use, interesting stories for all factions, and a lot more -- too much to list. 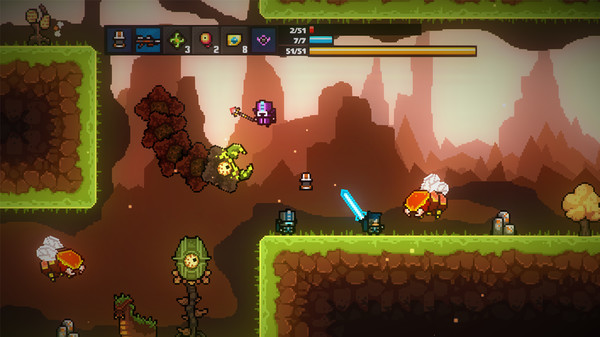 Roguelands looks to be a fun title, and with how much positive reviews it's been generating, the official release should go well for Young. Let's just hope it can keep its good fortune going for some time.