Ever since Final Fantasy XIV's release in 2010, it has been judged as a newer version of its predecessor, Final Fantasy XI.  Seeing as the bulk of XIV players were making the transition over from XI, the statement does make sense among the consumer populist for the game.  With obvious resemblance to XI, XIV introduced what most would say to be a better looking version of the previous MMO.

Square Enix explained how XI was limited because of it being both a console and a PC game (the first MMO to port over to a console) hindering any chance of the actual game to render differently on better platforms.  This limitation was not present for XIV which ultimately lead players to believe that the game was designed in XI's image. XI stayed true to previous Final Fantasy titles implementing a turn-based combat system, the compelling storytelling elements, and the engaging lore present in all previous games in its family.  Compared to World of Warcraft, XI did not use a questing method for character growth (or leveling) but instead made use of its environment and plethora of wildlife (monsters) to encourage exploration.  Open world content set it apart from many MMO to come after and before its release.  With the installment of time spawn NM (Notorious Monsters) that rewarded players with rarely attainable items upon victory, XI became progressively competitive in-game. 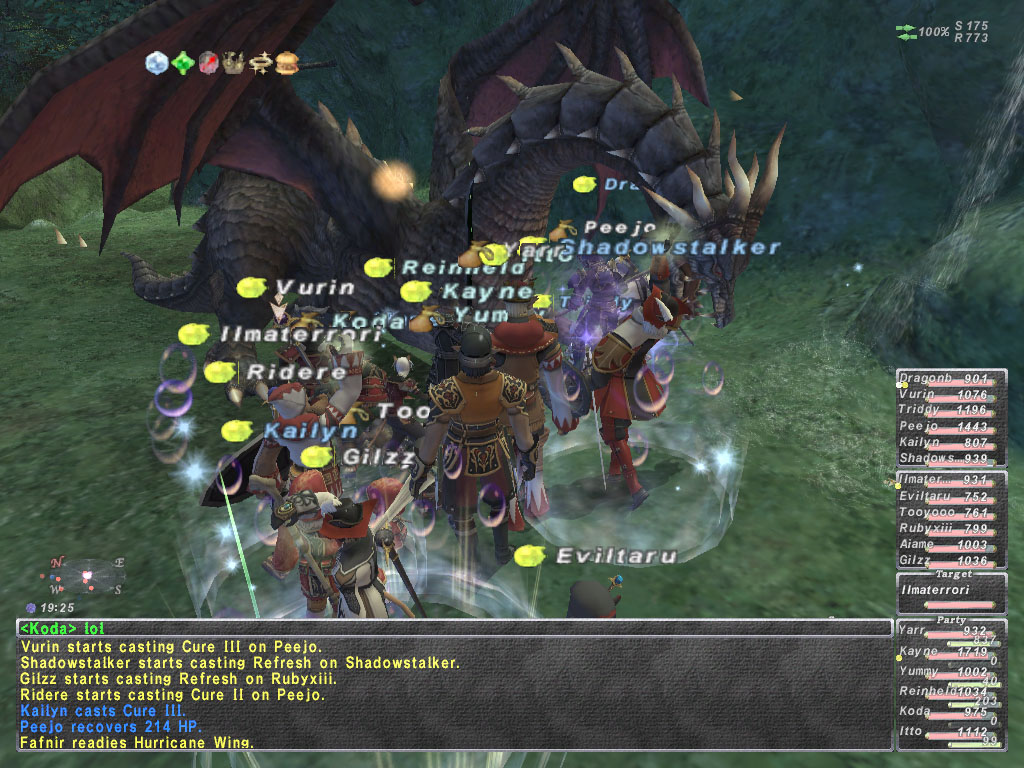 XIV on the other hand did not have so much in common as far as content.  The mechanics were shifted towards a more mobile style of combat and less emphasis on spending indefinite amounts of time camping NM.  Very rarely did players see a reference to older Final Fantasy titles or the use of lore within its underdeveloped story line.  Spending even as little as three hours on the game, XI players could of expected a very different experience than they did in the last MMO. 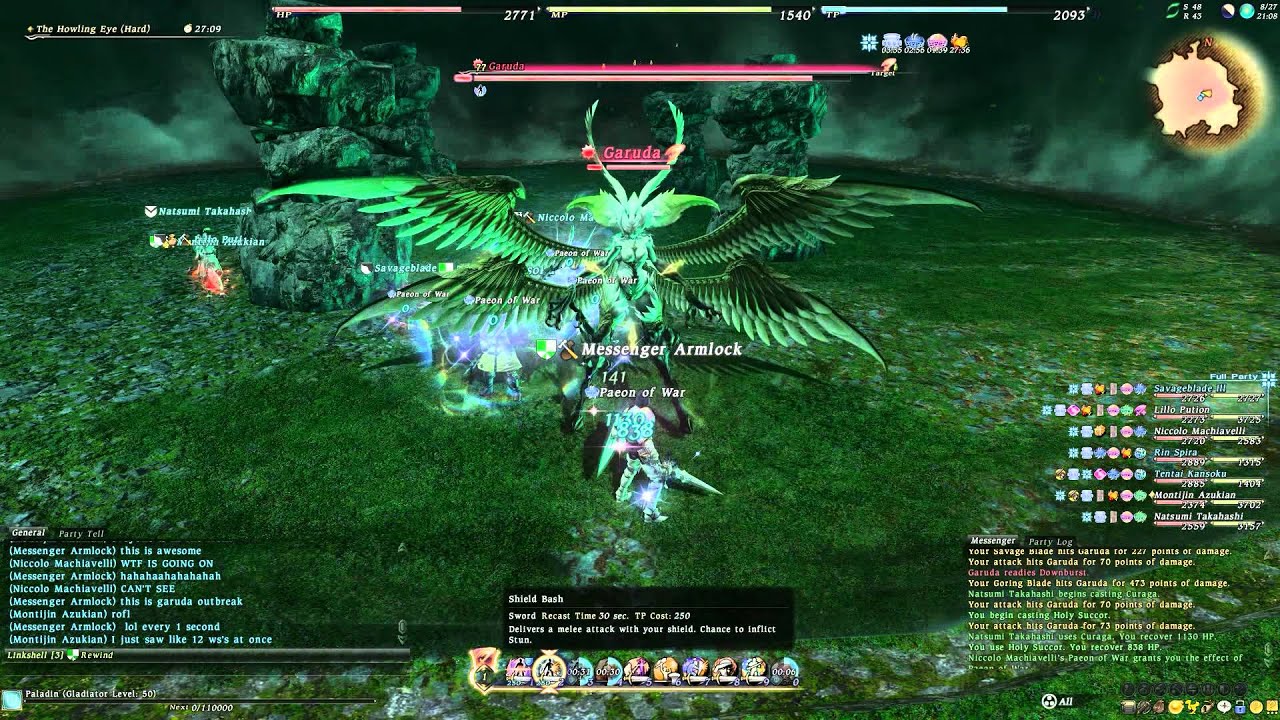 There is no argument suitable enough to defend the fact that XIV was rushed and underdeveloped by release. Content was scarce until the addition of Ifrit and two more dungeons (Aurum Vale and Cutter's Cry) after version 1.19.  The time in which it took Square Enix to add newer content made it impossible to charge a subscription fee upon release and kept the game in a perpetual beta test.  This would deter even the more familiar fan base from purchasing the game or continue to play it.

Ultimately the original team behind XIV were relinquished of their positions and replaced with a new producer and team. Naoki Yoshida and his team rushed to saved the game in the same manner it was released.  Introducing a new combat system, battle content, giving the Disciples of the Hand and Land a more in depth purpose, and expanding on existing content within the last few version updates.  Along with his efforts to save the dying game Square Enix also re-established a monthly subscription of 10 USD per month with the promise of a special status (Legacy Status) for players who continued playing the game through its long beta phase and subscribed for a certain period of time, both as a "thank you" and an incentive to continue supporting the game.

Back to the drawing board.

In the end Yoshida decided to scratch the current project and completely rework the game. Closing down XIV servers and putting a halt on playtime, he hoped to start anew and create a better game than previously released.  This left many players confused when announced from a consumer's perspective.  Some arguments lead us to believe that the new team was not able to work with the older build because it was almost impossible to rework the functionality issues and in-game bugs.  From a more adapt perspective some would argue that it would make more sense to rework the entire game instead of working out the abundance of technical issues that range from client to player side failures.

The new build now called Final Fantasy XIV: A Realm Reborn still left many of XI's transitioning fan base weary of the games direction. Many are still reluctant to forgive and forget and let the new developers create a new game.  The mechanics from XI are still vastly desired to be implemented in FFXIV: ARR.  Granted that the game already shows signs of a better improved client, graphics, and AI.  The familiarity of the new game is refreshing for many Final Fantasy fans with the addition of story and lore not present during 1.0.  The same level of time dependent competition as rewarding as it may of been, is now part of a legacy and not a recurring theme.

Although there are many aspects of FFXIV: ARR that blatantly resemble other popular MMO, it is still a Final Fantasy game.  The environmental designs and story elements are still a major factor that make these games so intriguing.  Also, take into consideration that it is not a sandbox game, the story flow matches the progression for newer and older players to enjoy at a casual level. Yoshida made great efforts to introduce breathtaking and equally difficult content during the last days of 1.0, and even though a lot of the endgame is still unclear as to how challenging it may be after the game is finally released, it would seem irrational if he did not add similar mechanics that made fights like Ifrit (Extreme) difficult. 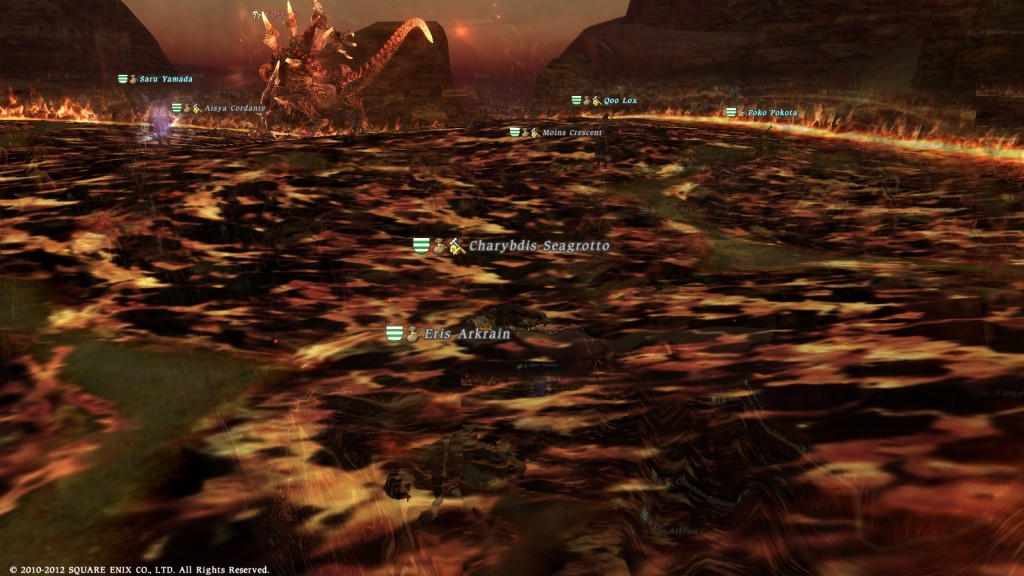 (Its like the only image I could find with a wipe~)

It is completely understandable that previous XI players, being the bulk of XIV players, want content that worked flawlessly for XI, but with the introduction of newer MMO up to date with the current market, FFXIV: ARR not only has to bring in the fan base but also the new age consumer.  The game also has a subscription fee which seems to be a dying breed this day in age, not being able to attract a wider audience will lead the already over budget game to its downfall. (Lets hope it doesn't come to that..)