Interview with Joseph Bradford: Why Lord of the Rings Online Is So Special

Joseph Bradford loves LOTRO, and after spending a little time with him, you just might too.
by Brian Armstrong

Joseph Bradford can speak elvish, reads The Lord of the Rings trilogies annually, and can take you on the exact journey Frodo and the Fellowship took through Middle-earth in the The Lord of the Rings Online without needing a map. So to say LOTRO is his favorite game of all-time may be oversimplifying it just a bit.

Bradford is the News Director for The Quest Gaming Network, a father, works full-time, and directs a weekly gaming podcast called Totally Heroes. And despite all of that he still finds time to log into LOTRO almost daily. When I asked him what his favorite game was, I tried to hold back a smile, knowing without a doubt what the answer would be.

“It’s actually a toss-up between Final Fantasy VII and Lord of the Rings Online,” he said.

“Oh,” I thought. Fortunately, he decided LOTRO probably took the top spot, so my assumptions about him weren’t entirely off-base. Still, I wanted to know what it was about this game that struck a chord so well with him, and why he continued to play it daily after so many years.

“The amazing part about this game is the ability to see landmarks of my favorite story of all time come alive and actually being able to interact with them,” he said. “The Party tree, Bag End, Crickhollow, Amon Sul, Annuminas, that first journey to Imladris, and crossing the Fords of Bruinen.”

Many of us know a lot about our games, and a few of us know almost everything there is to know about them. But when it comes to Lord of the Rings Online, Bradford DOES know everything about it, and his passion is obvious anytime you are lucky enough to sit down and chat with him. He can find a way to relate almost any real-life situation to an event in The Lord of the Rings, recount songs from the books for inspiration, and so much more. It's really quite impressive.

When he discovered this game, Bradford was looking for something that would provide him with a huge amount of replayability. He played LOTRO in the open beta and was instantly sold, and once he heard the game was going free to play, he knew he’d never stop playing.

“The first chance I got to defend Thorin's Hall from Skorgrim I was hooked,” he said. “Eldalye (his in-game character name) was born, and I have been playing that character almost everyday since April 2007.”

When I asked him why he keeps playing it - despite it being an older MMO - he said...

“Nothing in the genre has come close to matching it, but that is mainly due to my love of the books and how lore-centric LOTRO tends to be. You could imagine all of the events actually taking place in Middle-earth at the same time as the Quest for Mount Doom.”

He said he plays the game almost every day, but at the very minimum, at least once a week. He said the LOTRO is special for many reasons, one of them being that there are many things in the game that only people like him would notice.

“The developers have hidden "Easter eggs" only a real hardcore fan of the books would notice. For instance: in Lorien there is a tree with a small rope tied around it. This is the rope that the Fellowship had to use as a bridge to cross the Celebrant. You will typically miss it unless you look for it.

“Stepping into the greatest fantasy epic of all time is definitely a rich experience, if not a little overwhelming at first. Remember that LOTRO is based off the books and not the movie, so things may look a little different than you'd expect if you're a fan of Peter Jackson’s films. Read the books as you go along the quest of Mt. Doom with the fellowship to add richness to your experience. And it's FREE to play, so if you don't like it, you're not out any money!” I asked him what he would change about the game if he could, and he made it pretty clear there’s not a lot wrong with the actual game itself, but might change up the business model a little bit.

“I would change the way the pay gates are done in some instances. I own a retail copy of every expansion and the base game, but I don't have access to every area in the base game. I would do like Rift does: full access to the game and the expansions (if you've bought them) and make the subscription more for "perks" rather than content.”

I have played this game a little bit, though I am not even close to as knowledgeable about it as Bradford. When we’ve played together, our games have been enriched with history lessons of what happened in our area, or why certain buildings or towns look the way they do. It’s all incredibly interesting, and enhances my own experience. I know I enjoy the game, and Bradford loves it, and I hope you’ll try it out (for free) as well. 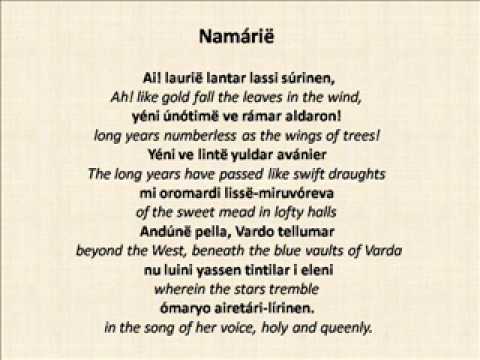