Spy Party - A Game To Watch

Check Out The Open Beta For Spy Party
by Smoky Grey

Yesterday at PAX Prime, the Omegathon final round featured a game called Spy Party. Since then, a lot of people have been asking questions about this game, such as when it comes out and how you can get it. Spy Party has been around for a while, though it has not been released yet. The first time we got a look at it was at the 2009 Game Developers Conference at the Experimental Gameplay Workshop.

Spy Party is an online multi-player game. There are two roles in the game, sniper and spy. The developer Chris Hecker describes the game as...

"...an asymmetric multiplayer espionage game, dealing with the subtlety of human behavior, character, personality, and social mores, instead of the usual spy games explosions and car chases." 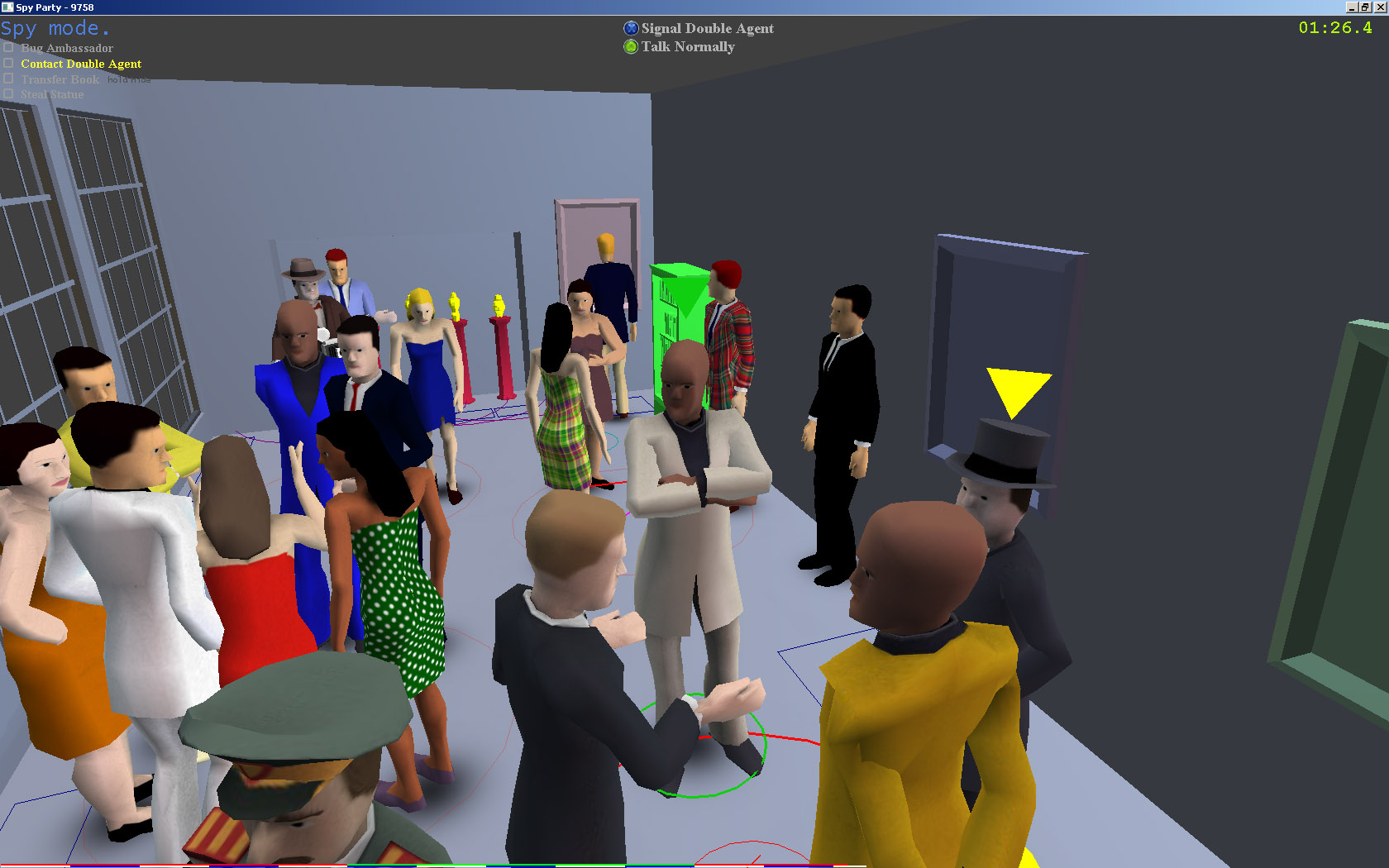 The spy is placed in a room full of people and has to covertly accomplish goals set around the room. There is a time limit set at 3 minutes but that can be increased by certain actions the spy makes. The spy wins the game by either completing the goals assigned, or by tricking the sniper into killing an innocent civilian.

The sniper is looking at the room through a scope, and must watch and observe the people inside it to figure out which of them is the spy. The sniper gets a small designated area which he can move around to see the room better and two levels of zoom for his scope. The sniper also gets to see a list of goals that the spy must carry out, making it harder for the spy to evade him. The sniper must watch the party carefully and then take a guess and fire a shot at who he thinks is the spy.

At the moment Spy Party has 19 different playable characters that you can choose from. The beta was opened to the public in June 2013, so if you are excited about this game then you should head on over to the Spy Party website and sign up for the open beta. Though at the moment, the beta is only for PC users. Spy Party has no official release date but is scheduled to release on the PC, Xbox 360, and the PlayStation 3.