This week's Super Effective Files continues the Pokemon GO spotlight with Arcanine. This Fire-type Pokemon is one of the best in the game, and has a very high attack. It may have more weaknesses than last week's Snorlax spotlight, but it is also strong against more Pokemon.

I'm going to go over what makes Arcanine so great, and list the moves available as well. Check out my other Super Effective Files for plenty of other Pokemon.

Arcanine evolves from Growlithe after getting 50 Growlithe candies. 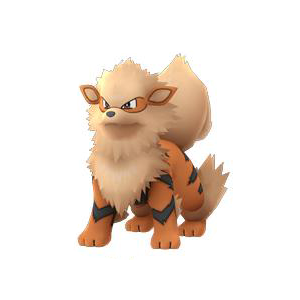 It is weak to Water, Rock, and Ground -- taking 1.2x more damage from those attacks. It is strong against Bug, Grass, Ice, and Steel -- dealing 1.2x more damage to those types. It is also resistant, takes 0.8x less damage, to Bug, Fire, Grass, Steel, Fairy, and Ice.

Arcanine has a very high CP, and an incredible Attack. The other stats are also higher than most Pokemon, making it a great choice in nearly every situation.

It may not be the highest in each category, but the high attack mixed with the right moves makes this Pokemon fearsome.

The Power of Fire

Arcanine can have either a Dark or Fire primary move, and Ground or Fire secondary moves.

For the most damage, you want Fire Fang as primary and Fire Blast as secondary.

Even though the time to use Fire Blast is longer than Flamethrower, it does more damage. You can also use a primary move with it in less time than doing 2 Flamethrowers.

Bite isn't a bad choice if you go up against Pokemon weak to dark, and you still have Fire Blast. Bulldoze is not worth it, even if they are weak to Ground.

That wraps up this week of Pokemon GO Super Effective Files. Let me know of any you would like to see in the future!