7 Things Fallout: New Vegas 2 Should do if it Wants to be a Better Sequel

While Fallout: New Vegas 2 isn't actually in the works, here is a list of 7 things that the game could do to make it a better sequel to the series.
by Clayton Reisbeck

Fallout: New Vegas is widely regarded as the best of the new line of Fallout games. It's story was extremely engaging, the faction mechanics introduced added depth and a feeling of actually having an impact in the game's world, and it's extended content just added some of the best storytelling I've seen in a Fallout game. Seeing this game and the things it accomplished really gave fans hope for what the 4th installment of the series could possibly bring us.

I don't think that it's that controversial when I say that Fallout 4 was pretty widely regarded as a disappointment when being compared to the other entries in the series. This is even coming from someone who has logged around 115 hours into the game between his PC file and PS4 file -- I'm not saying that it's a bad game but I do believe it isn't the strongest in the series.

So if Obsidian were to get the go ahead to make the next installment of the Fallout series, what sort of things would they need to do to ensure that it was a step forward for the series? I think I may be able to help with some of those.

Here is a list of 6 things that would ensure that Obsidian's next Fallout game would be a better sequel to Fallout 4.

1. Bring back the old dialogue system 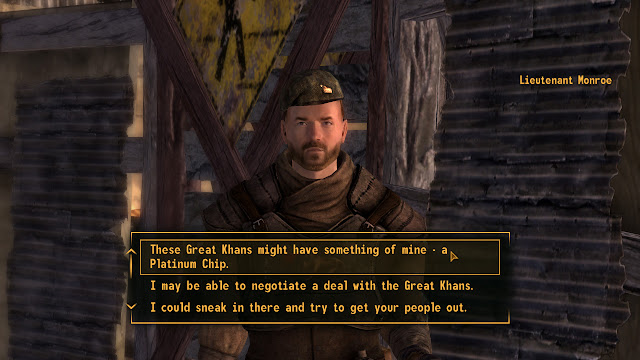 The biggest complaint that I have seen Fallout fans have of Fallout 4 is how lacking the dialogue system is. Instead of having the listed options for response like Fallout 3 or Fallout: New Vegas, Fallout 4 opted for having only 4 options for dialogue that could be mapped to the 4 different buttons on a controller.

This led to having far fewer options for making the story of the game feel less like you were taking your own character through it and more like having a character that the writers wanted you to have.

If Fallout: New Vegas 2 wants to solidify itself as the better game, they need to bring back the old dialogue system. Giving the player the option to weave their own story is what makes the Fallout series so special to me. Not only that, the old dialogue system allowed for more world-building on the writer's part. I could follow a dialogue path down a rabbit hole. Ultimately, I would end up getting a better picture on how the quest was going to proceed or even walk away with extra things that a speech challenge could give me.

2. Give me the choice to be a bad guy instead of forcing me to be the bad guy Being a bad guy wasn't really an option in Fallout 4 until the Nuka-World DLC was released, but the issue with Nuka-World was that it wasn't presenting the option to be a bad guy, the entire point of the DLC was being the bad guy. I so wish that I would have had a way to get the raiders out of Nuka-World and get it running again.

This is something that Fallout: New Vegas did so wonderfully. There were so many paths to be bad. Whether you wanted to side with Mr. House and say 'fuck it' to all of the factions in the game or you go with Caesar's Legion and take down the NCR, you could really take your own path and make some serious trouble in this game. If Fallout: New Vegas 2 were to bring back these options, the game would truly be something special.

3. Focus on the story 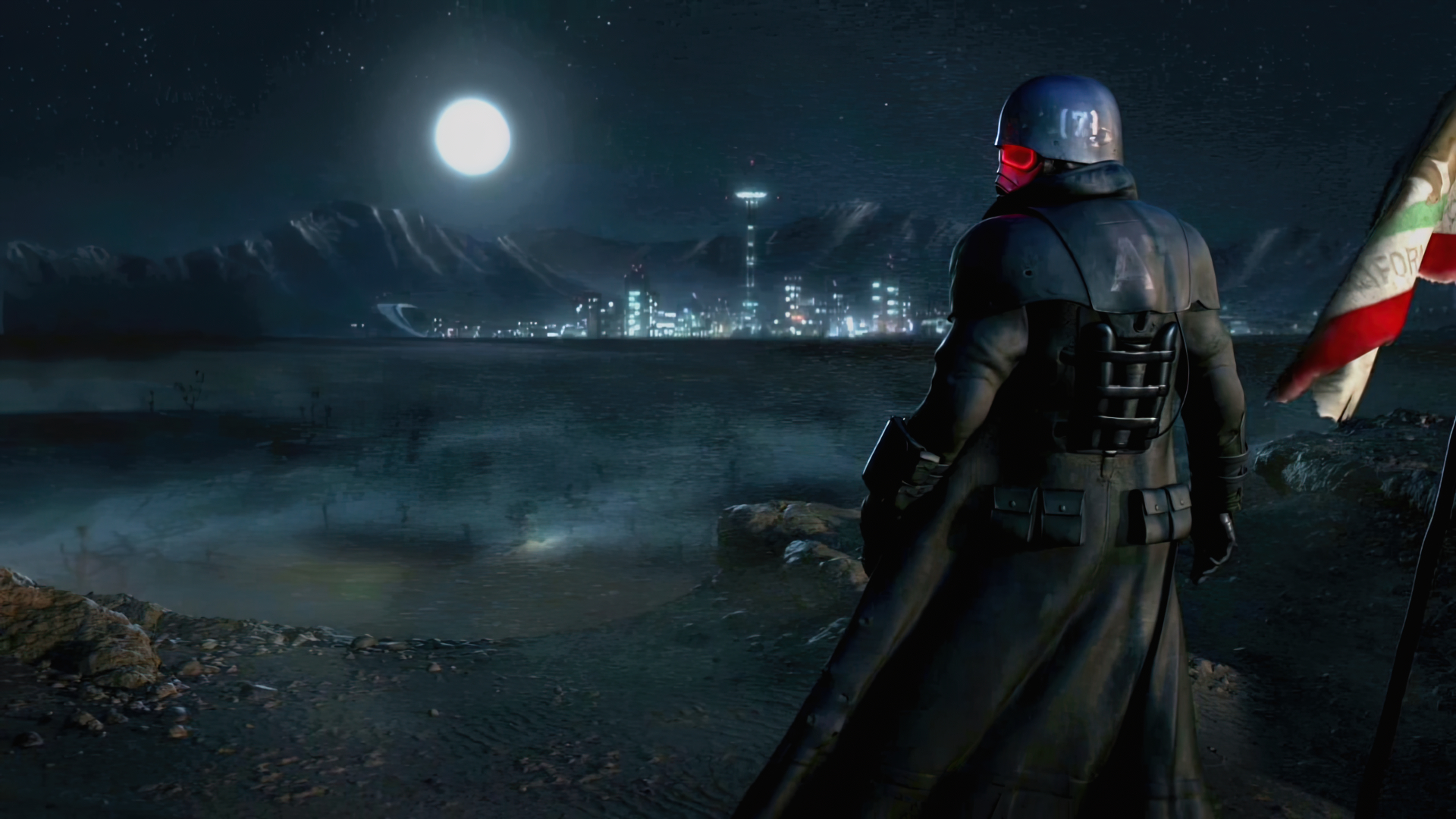 I play games for their story. It is my favorite thing in the world when a game is able to get me lost in the narrative it is weaving. If I'm spending my time away from the game thinking about where the game is going to take me next, it's doing something right.

Fallout 4 wasn't able to do that for me. It's story really fell short for me and I found that extremely disappointing. Coming from spending so much time with Fallout 3's story, Fallout 4 just wasn't able to deliver. I actually found the story I was looking for in Fallout: New Vegas. Considering that Obsidian made that game as well, if Fallout: New Vegas 2 is actually going to happen, I think we don't have much to worry about.

I can't tell you how many times I looked at the behemoth that is the crafting system in Fallout 4 and wondering why in the hell they didn't add a ammo crafting system. In a world where finding ammunition is actually hard to do, being able to craft your own ammunition would have been such a welcome sight. It would fit extremely well in the world of Fallout. Fallout: New Vegas had this ability so it seems extremely silly that it wasn't something that Fallout 4 didn't incorporate into the game.

I hold the DLC of Fallout 3 and Fallout: New Vegas up as some of the best post release content ever put out. I remember spending hours in each of the DLCs of Fallout 3 and loving the stories that they were telling -- Even some of my least favorites of those DLCs were pretty good.

Then comes the DLC of Fallout 4 and I find myself pretty let down. There were really 2 pieces of DLC that I feel were worth their price (Far Harbor and Nuka-World) but the other 3 felt like such a let down. I expected being told more engaging stories that I would be able to come back to time and time again and all I got were a couple things that showed me that they could do it but didn't want to and some more toys to play with in the crafting mode. Considering I really didn't get along with the crafting mode, they were a let down.

If Fallout: New Vegas 2 were to bring back the old model of post release content, I would be ecstatic. I want to be shown new worlds with unique things going on in them that I can explore. That is what made the DLC's of Fallout 3 and Fallout: New Vegas so special. Even the big pieces of added story content for Fallout 4 were able to do that for me (Far Harbor is one of the best pieces of post release content I've ever played) so why can't we get that back? Going from the factions of Fallout: New Vegas where it really felt like what factions you had aligned yourself with mattered, to the nowhere near as fleshed out  factions of Fallout 4 was a pretty big disappointment. While I understand the thought of giving you three factions that were fighting over the commonwealth in order to establish their ideology as the reigning thought in the region, it ended up feeling like you had a choice of a clear bad guy, a clear good guy and some guys who were kind of in the grey leaning toward good. On top of that, being a part of one of these factions really never felt like it mattered.

Fallout: New Vegas' factions had serious weight to them. If you were wearing certain parts of a factions garb, people treated you in different ways. On top of that, some factions presented new ways to progress. Take the opening questline of the game for example. In Goodsprings, you had the option of either helping out the people of the town or joining up with the Powder Gangers and end up killing all the people in town.

If Fallout: New Vegas 2 were to bring back this system, I feel that fans would be overjoyed. Having all the options that the old factions gave players would be such a breath of fresh air to the series. It would allow for that feeling of a player crafting their own story that Fallout 4 was missing.

7. Infinite quests need to be removed

The idea of always having something to do in the game was a nice thought for Fallout 4, but it's execution was very lacking. Whether it was the Brotherhood of Steel sending you out to collect another piece of useless technology or Preston Garvey telling you that, once again, a settlement was in trouble and you needed to go help, the infinite quests were annoying and just took up space in my quest log.

Fallout: New Vegas 2 could rework the system and make those questlines feel more engaging and rewarding but I really feel that the game would be much better if they were removed entirely. It was never a problem in the past of finding something to do in Fallout. I could have spent hours in Fallout 3 just wandering around the Capital Wasteland -- If your world is built well enough, players will find something to do. We may never get another Fallout installment from Obsidian, but if we do, I know there will be a hoard of fans clamoring to get their hands on it. They set the bar so high with Fallout: New Vegas and to be able to see them come back and have a crack at it again would be something fantastic to see. Even if some of the things on this list don't make it into what ever game they make, I trust that they will be able to make a game that will be extremely enjoyable and worthy of the Fallout name.

What do you all think? What would you like to see if Fallout: New Vegas 2 were to be made? Let us know in the comments!