In response to recent fan criticisms, community manager Ben Lesnick takes to the RSI forums to set a few things straight.
by CallSignDriver

Individually, none of these setbacks should be particularly worrisome, but having each occurred within the same short span of time, these recent developments have led many fans to worry about the game's future. This is exasperated by the internet rumor mill, which isn't so much a complex series of tubes as it is a glorified game of "telephone" that ends with my friends telling me "Star Citizen is cancelled."

Thankfully, "CIG" is here to put our minds at ease.

Jumping to the rescue is Cloud Imperium's community manager Ben Lesnick (who goes by CIG on the RSI forums). On July 8th, CIG made a post addressing many of the community's frequently asked questions and concerns, including the delay of the Star Marine, feature creep allegations, and the impact of employee turnover.

There's a big disconnect between denotation and connotation (a word's literal definition vs the way it is generally used), and it's pretty significant here. The literal denotation of the phrase "delayed indefinitely" is "delayed for an uncertain amount of time." As in, "it's coming, but we don't know when."

Unfortunately for Star Citizen, there are a lot games that have been "delayed indefinitely" that were never actually released. As a result, the connotation of the phrase has changed.

‘Delayed indefinitely’ is a games industry PR term for ‘cancelled.’ Anyone (and apparently this is a great many people) reading clickbait headlines will believe we’ve cancelled Star Marine.

CIG insists that Star Marine is not cancelled, and that module is more likely to be delayed a few weeks, "not months/years/decades" like many have assumed. As for the reason for the delay, "The short story is that Star Marine was not ready for launch when we had hoped (and planned)."

Why don’t we give an internal target date right now? Because the worry is that we might find ourselves in exactly the same position when the current set of issues are resolved. 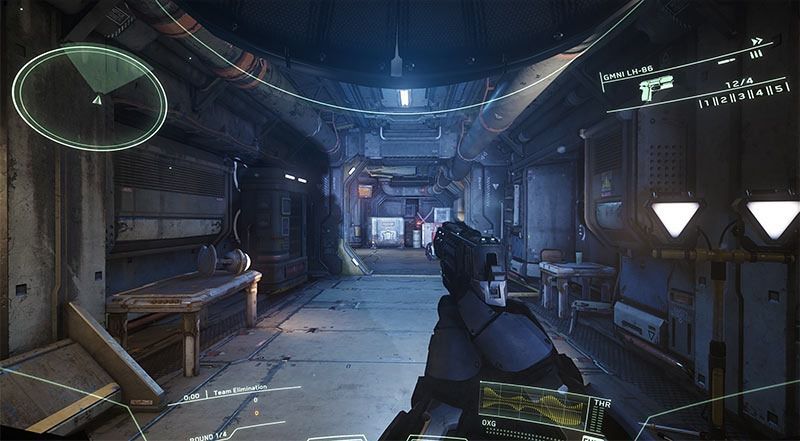 These features aren't new; they're the ones that were promised

When skeptics accuse Star Citizen of suffering from "feature creep," they're basically saying that the devs are spending too much time adding new things and not enough time working on what's already wrong. It's a valid concern for released games, which often receive DLC after DLC after DLC before the base content's release bugs are repaired to completion, but not so much for a game still following a development schedule.

At this point, we are not adding additional features to the plan, we’re building out the ones we’ve already scheduled.

...everything we’re working on is still what was pitched back then: Privateer-style persistent universe, Squadron 42 single player game, first person boarding and so on.

Yes, employees have left. No, the sky is not falling.

With Cloud Imperium losing so many employees in such a short span of time, many fans have wondered how much of an impact this will have on the continued development of the game. Not much in the long run, as it turns out.

In the past two years, we’ve had some amazing talent that has moved on for plenty of reasons (other opportunities, personal issues, etc.) and it’s always sort of a shame to see they’re never appreciated. I’ll also say that the averages work out pretty well: we are hiring extremely talented people many times faster than we lose them.

CIG goes on to explain that while Mayberry's work as a producer was important, it isn't the kind of work that can't be done just as well by another professional.  "For my honest money, the biggest loss was Chelsea," he adds, emphasizing how the project was able to benefit from her personal touch.

She really helped set the kind and dedicated tone for the CS department early on, and we’re going to be extra careful to make sure the care she put into helping backers carries over as we get bigger.

As an addendum, CIG makes it a point to call out fans who scrutinized the lives and behaviors of his fellow developers for the sake of rumor-milling. "Let me end this one by adding: if there's anything that genuinely makes me unhappy, it's the speculation about actual people and their lives. It's almost always bizarrely wrong and stupid."

Amidst criticisms that the game's developers are not communicating enough with their fans, CIG says that this is "absolutely incorrect." If this forum post doesn't prove that, it might at least serve as an act of good faith that the devs will be more communicative in the future.

This criticism, however, is generally followed by accusations that the devs are telling but not showing. "To that, I have to say... that's correct." His admission doesn't come without an excuse, however.

We [community managers] are reporters and not coders, designers or marketeers.

...Showing you the game is a lot more complicated than running StarCitizen.exe and capturing some footage for ourselves.

...Showing today is a battle between taking time away from gamedev to reassure folks that the game exists, and that’s a losing proposition.

It will be done when it's done

It's easy to get anxious about the quality of Star Citizen at release, especially considering how much has been promised, and how badly we've been burned in the past. Until the game is released, all a fan can do is stay up-to-date.

Between AtV, RtV, the monthly report, weekly Star Marine reports, Jump Point articles, Meet the Devs, Bug Smashers, 10 for… we’re putting an insane amount of content out there. And we’ll keep doing more, to the best of our abilities!

For the full text of CIG's address to the fans, be sure to check out his post on the RSI forums.