The newest title from From Software is one you won't forget in a long time. A bloody good time in awaits you, Hunter.
by Farrel Nobel

A while ago, I asked if Bloodborne could save the PS4. This review should answer that question.

Over the past few years, From Software has carved out a new genre in a crowded gaming landscape. It’s a genre that’s well known for their brutal and unrelenting difficulty but all the more satisfying gameplay. There’s a convoluted plot, especially in the early hours, but it’s set in a wonderfully creepy and terrifying world that has areas begging to be fully explored. Bloodborne is a game that hits all the notes that I just mentioned. The visuals are great, and the gameplay is even better. Much better than From Soft’s previous games, Dark Souls and Dark Souls 2. It’s just another plus point for me that it’s a PlayStation 4 exclusive.

If you’ve never played a Souls game because the combat was too slow, or you thought that the game was just too hard, then Bloodborne is the best starting point if you want to get into games like Dark Souls and Dark Souls 2. 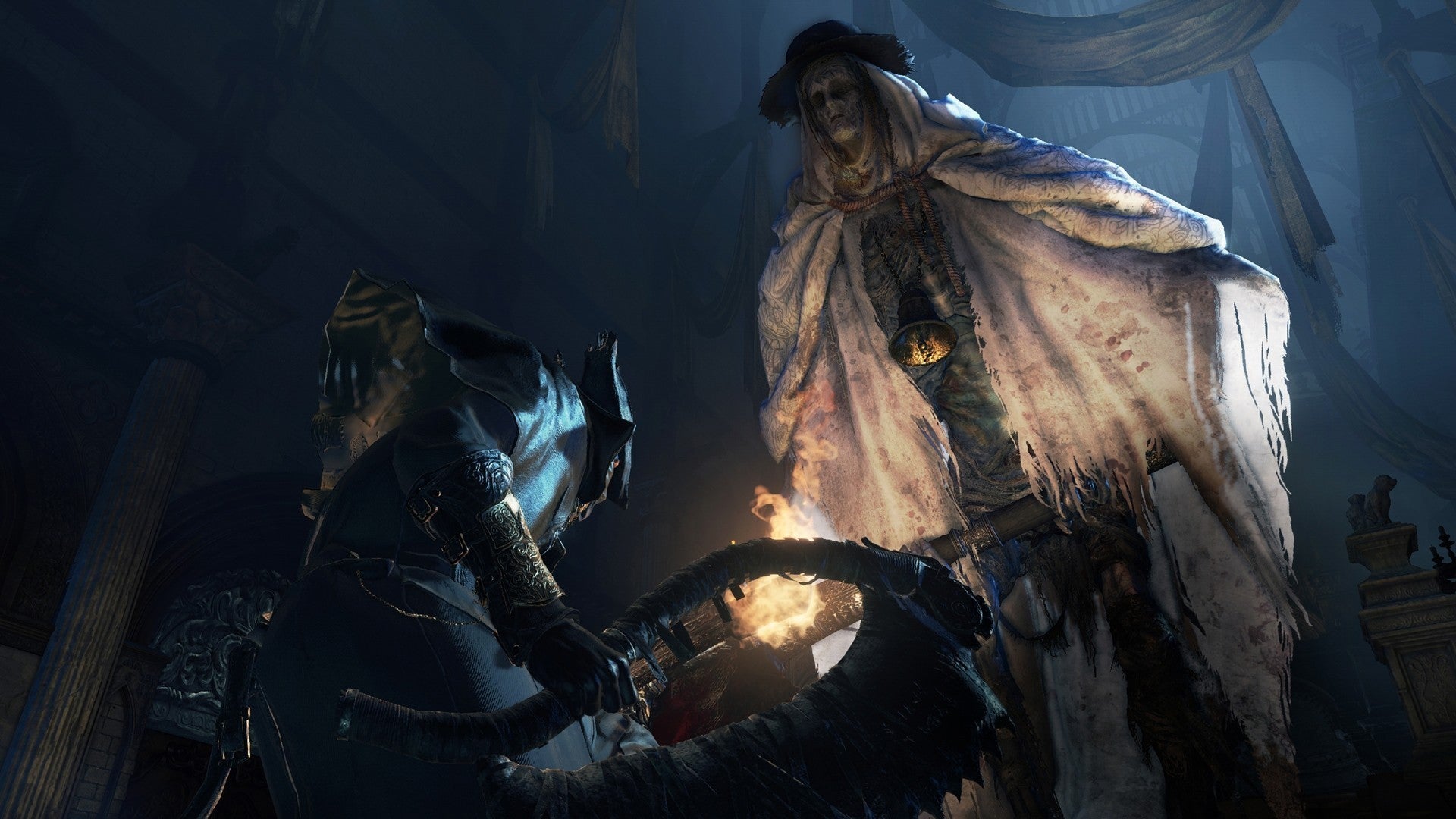 For starters, From Software has decided to move away from the medieval setting that was used in the Dark Souls games where it was about spell casting and big burly knights in steel armor. Instead, they opted for a Victorian London sort of setting using the gothic themed churches and the long coats and top hats that enemies and NPCs wear. Overall, it gives the game a great look and separates it enough from the classic Dark Souls style.

One of the big changes about Bloodborne that I personally loved is the change in the combat. No more shields or magic to help you kill enemies from afar. Instead of shields, you get a gun. Don’t be fooled into think that you’re safer with a gun however, guns only do a small amount of damage and are mainly used to stun enemies. Stunning enemies is usually followed by a visceral attack that is a big damage-dealing gut punch into your foe. 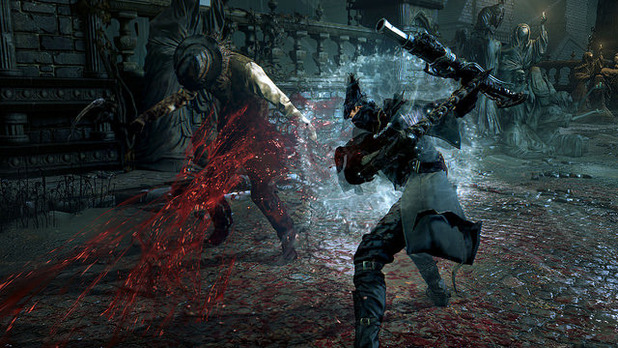 There’s also the new health regain system that allows you to regain parts of your health just after you’ve been hit. You regain this health by giving your enemies a taste of their own medicine. Wait too long, and you’ll lose your chance.

The new combat mechanics encourage hand to hand combat and boosts overall aggressiveness in play style. There were times where I dodged an attack that could've easily one-shotted me with a miraculously timed dodge following up with a stagger and visceral attack to end my foe. The faster pace makes fights more fun, especially the boss fights which can get your adrenaline pumping.

The improvement in co-op is just the icing on the cake that Bloodborne needs. You can call up to 3 other players to join your world so they can help you fight bosses. Don’t like helping? There’s also PVP where you try to stop someone from reaching the next boss.

The chalice dungeons are something new in From Software games: they are optional adventuring areas where you and up to 3 other party members go through a dungeon that has multiple layers, with each layer containing a boss that's harder than the last. It's a good break from the main story, and you can gain some good loot from it. Plus, you can never have enough blood echoes.

In a game that punishes you for dying, where you have to run all the way back to get your blood echoes, the equivalent of souls in the Dark Souls games, the last thing you want to do is be hampered by technical stuff like long loading times. 30 seconds on average is how long you’ll be waiting in between warps to hunter’s dream and dying, and that’s 30 seconds too long. - Not much of a clear story

Although farming for blood vials is a chore (too much effort for necessary potions), the lack of a clear story is the most frustrating aspect of the game. This is more personal taste than anything else. I’m someone that likes to hear a good story without having to look into every item description or talk to every NPC to know what the hell is happening. And Bloodborne just doesn’t do that. The story is very unclear, and it leaves you to discover the secrets of Yharnam. This is probably most apparent in the start of the game itself. Where normal games generally open by giving your character a sense of purpose with a clear-cut story,

The story is very unclear, and it leaves you to discover the secrets of Yharnam. This is probably most apparent in the start of the game itself. Most games generally open by giving your character a sense of purpose with a clear-cut story, Bloodborne chooses not to do this. Instead, after some (seemingly) insignificant dialog, you wake up and you're supposed to fight a werewolf beast with your bare hands. And you're off.

The weird thing is that the world of Yharnam and it’s creepy, monstrous inhabitants and downright obscure and morbid collectibles such as the one-third umbilical chord are strangely interesting enough to entice players into reading the stories behind these items. Reading the lore and watching videos about them certainly does enrich the overall experience as it gives you a slightly better picture of what you’re doing in regards to the plot. But the extra effort is time-consuming.

To sum up, don’t let the long load times and farming for blood vials discourage you from skipping this wonderfully crafted game. Bloodborne will consume you to the point that you dread the next time you have to play it, but you won’t stop once you do. There are plenty of secrets in Yharnam that easily extend your playthrough to New Game+ where the enemies and bosses become harder.  Bloodborne is THE game for players to get into games of the Souls-like genre. With it’s great combat, boss fights, and unforgettable setting, Bloodborne will not disappoint.

Our Rating
8
The newest title from From Software is one you won't forget in a long time. A bloody good time in awaits you, Hunter.
Reviewed On: Playstation 4
What Our Ratings Mean