You thought your adventure was done trainer? NOPE! Twitch is playing a new Pokemon game!
by Corey Kirk

After many battles, constant wondering, and religious uprisings consisting of Lord Helix and Bird Jesus worship, participants in the grand Twitch Plays Pokémon experiment finally beat Pokémon Red. Does that mean the popular Twitch channel, which regularly pulls in over 70k viewers a day, just up and quits broadcasting? 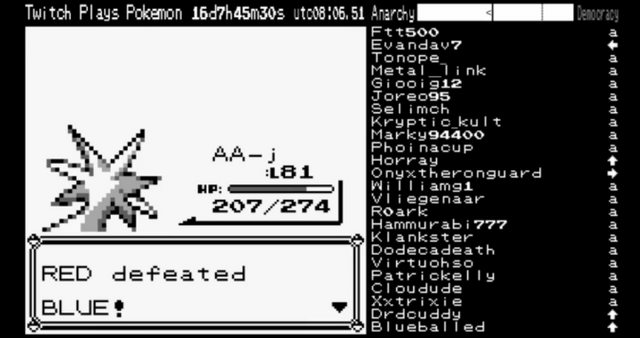 After a break of 24 hours, a new challenge awaits for those willing to take another adventure. This time, aspiring trainers are taking on Pokémon Crystal which first released in Japan in 2000 and North America in 2001. Unlike Pokémon Red, which is a generation one game featuring the original 150 Pokémon, Crystal features 251 Pokémon for a complete pokedex. The game also has improved visuals so we won’t have to stare at a black and white screen the whole time.

It took over two weeks of play time to beat Pokémon Red, so we can expect that Pokémon Crystal will take about the same time or longer. At the time of this writing, we are only 4 hours into what promises to be a fun time.

So fellow trainers, grab your secret keys, fossils, and TM 17s and prepare for battle while Twitch Plays Pokémon!