The 5 Most Heartbreaking Deaths in The Walking Dead Games

If you've ever watched The Walking Dead or read the comics, then you know every part is heart-wrenching. It's no different for the games.
by Jaleesa Mitchell

Don't get me wrong, I'm a huge fan of all things TWD, especially after I had the chance to delve into all content TWD related.

So, it's no surprise that I got hooked on Telltale's video game series based off the popular show and comics.

With the release of the next episode for The Walking Dead: A New Frontier on March 28, 2017, I thought it would be fitting to recap the top 5 heartbreaking deaths in the video game series, counting down from number 5.

The Walking Dead franchise is a brutal one... 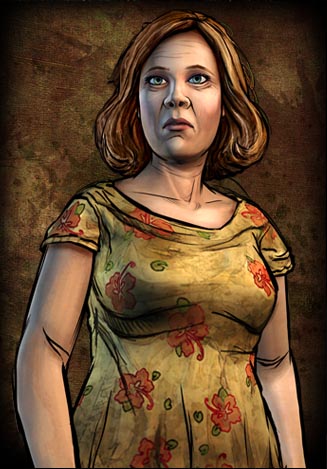 Ever wonder what it would be like to live on a farm in the midst of the apocalypse?

Well, look no further. The Walking Dead: Season 1 by Telltale Games answers this question by giving us interesting characters who, yes, live on a farm.

And not just any farm, it's Hershel's farm from the comics and television show (wonder if that will crop back up somewhere else).

It is here that we find Katjaa, who was essentially the medic of season one. She was the wife of Kenny and the mother of a young Duck. She and Lee had their differences from time to time, but they usually understood each other and were okay with the decisions made.

Katjaa's death was heartbreaking because you didn't see it coming. After Duck was bitten by a walker, you knew she was going to miss her son, but you knew that she would have Kenny by her side. 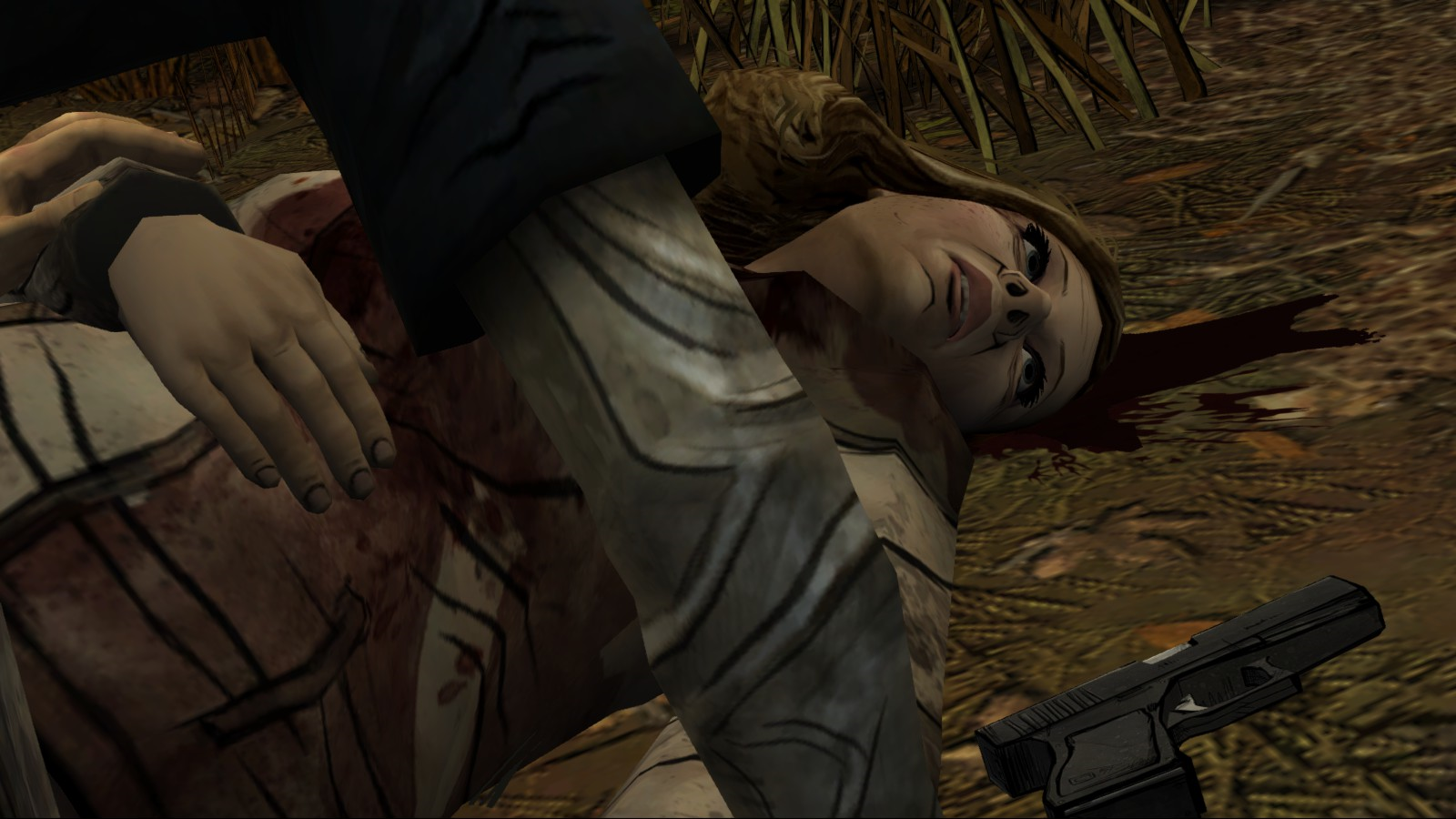 So when she blows her brains out in front of her dying son and her shaken up husband, the feels were strong. 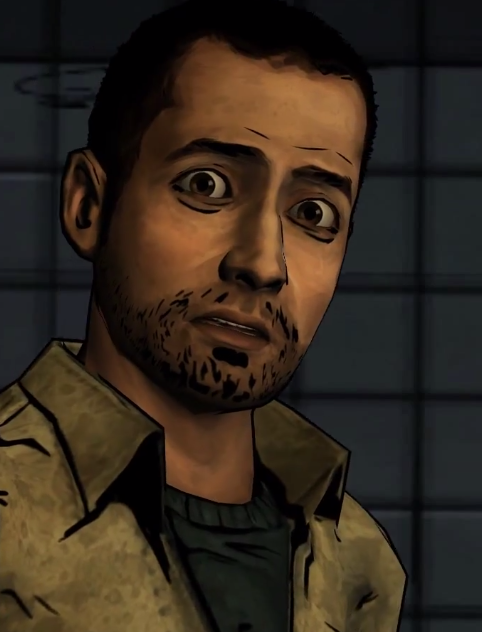 During the zombie apocalypse, it's best to keep a sense of humor, lest you go crazy from all the bloodshed and violence.

What better character for the job than good old Omid? 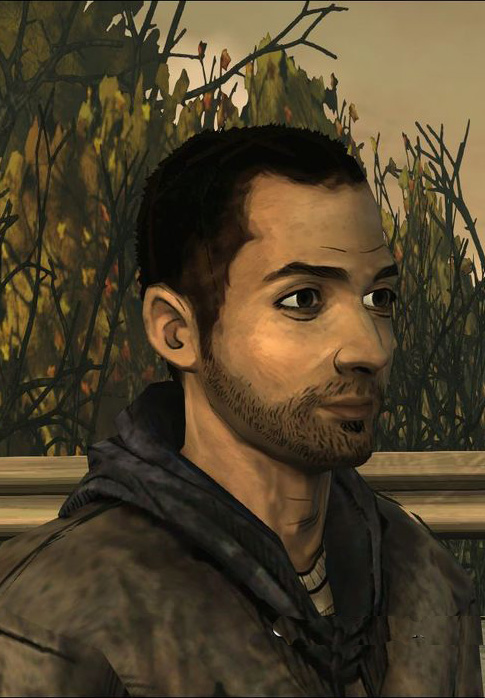 Omid appeared towards the end of the first season of Telltale Games and lasted through the first few minutes of episode one of season two. He and his wife Christa were an ultimate couple. Brains, beauty, and the occasional comic relief.

So when the first episode of season two opens up with Christa, Omid, and Clementine headed to an abandoned gas station, your guard is up. Only what you expect is for Clementine to open up a can of whupass. Instead, she tries to talk down the thief, which gets Omid shot and killed. Luckily, Christa is there to save Clementine and exact revenge upon Omid's killer. 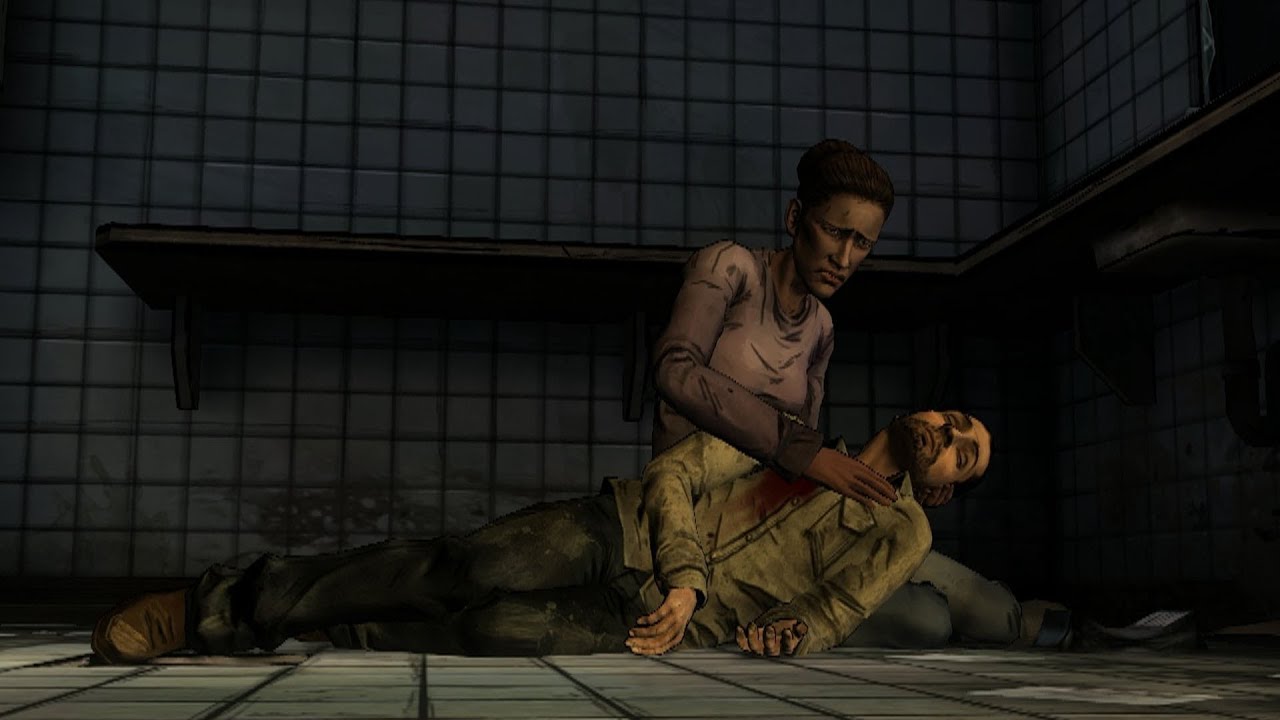 Unfortunately, it doesn't bring him back. This leaves a pregnant Christa (we're still not sure what happened to the baby, or Christa for that matter) leaving with Clementine in tow. Cue tears. 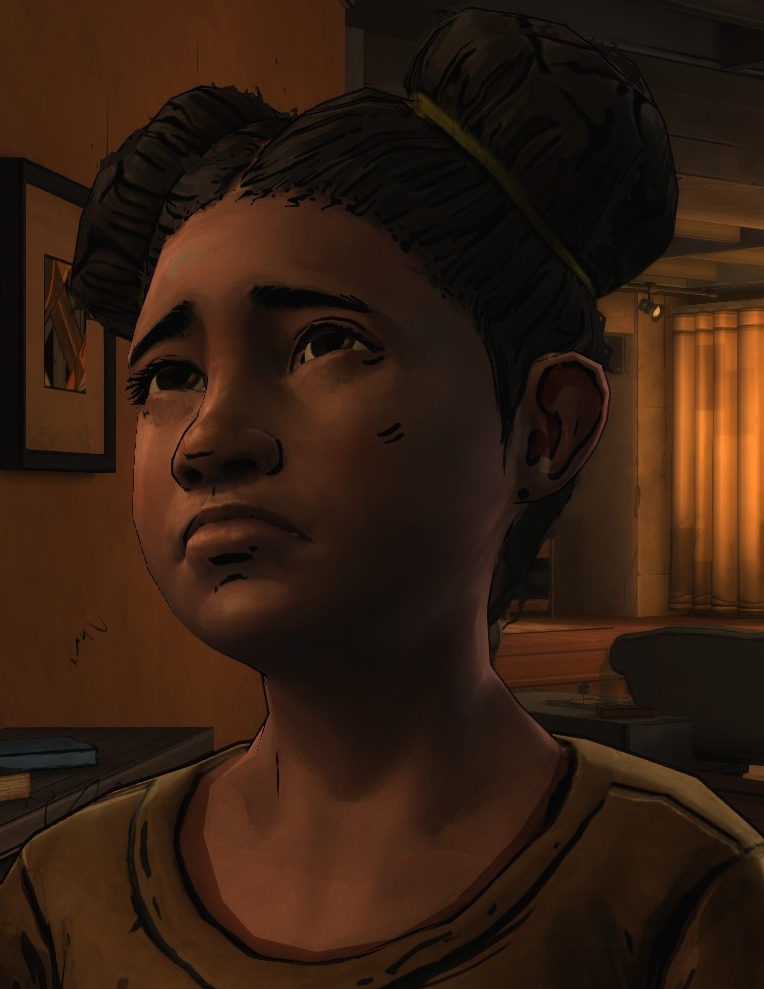 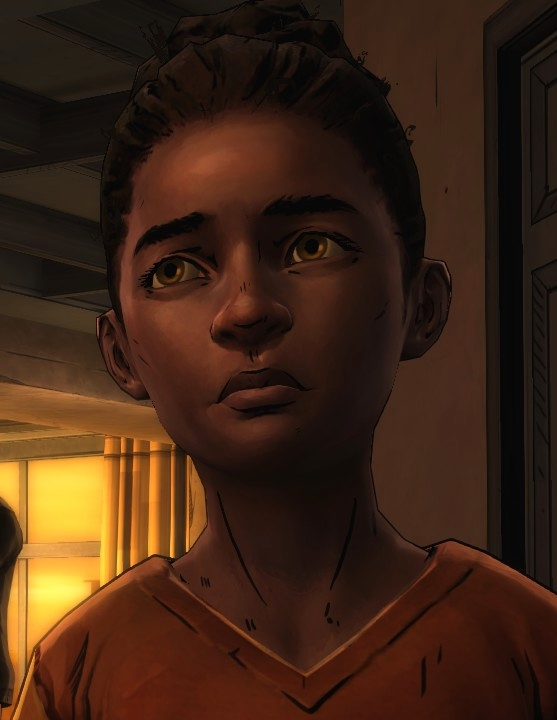 If there's one thing I know, having a katana wielding badass in the group during the apocalypse is an excellent idea.

An even better idea is to get to know her backstory so that you know why she became a katana wielding badass.

Enter Michonne, and a brief glimpse into her past as the mother of Colette and Elodie. 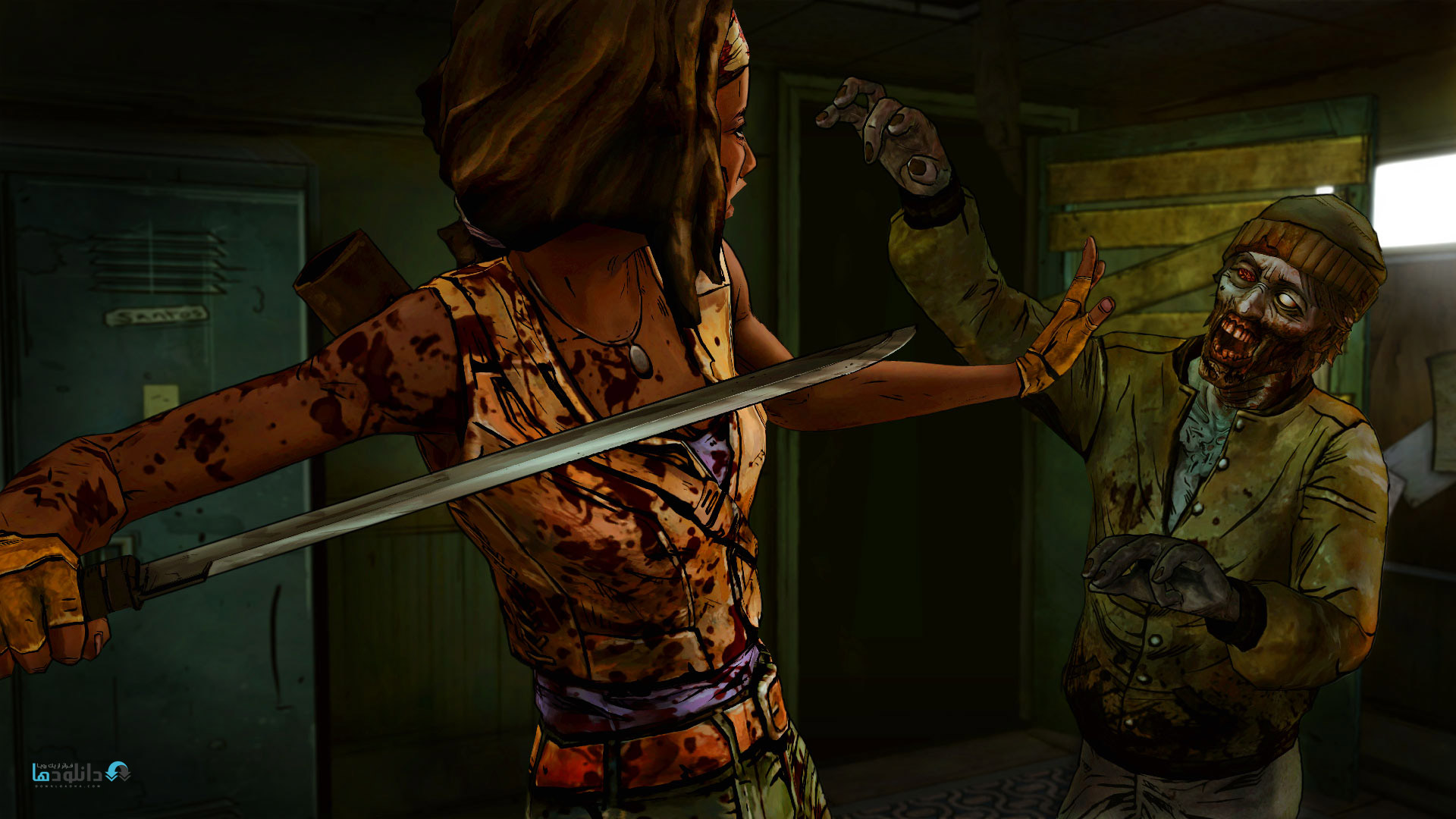 If there's one thing TWD likes to do, it's flashbacks. And boy are there a lot in the Telltale Games. Take The Walking Dead: Michonne where a good chunk of the series is trying to figure out what happened in Michonne's past.

The game takes place in the pocket of time before Issue 127 of the comic series. She ends up on a ship with a crew and relives the last few days before the apocalypse truly took over. In this series you find out that Michonne has two daughters: Colette and Elodie.

In the third part of this mini-series, you cringe in pain as you see Michonne let go of her dead daughters and save herself (assuming that's the choice that you made), and it makes you wonder how much emotional trauma she's carried with her over these last few years. The scene is one of the most depressing things to watch, but it's also a little hopeful.

It's important to know who you should trust when society has broken down and people are inclined to eat each other. After all, without trust there's no survival.

But it takes time to trust, and it's even worse when the person you trust dies before you do. I mean, who's going to have your back after that? In season two of TWD Telltale games, you're not quite sure what to make of Luke- after all, before the apocalypse he majored in art and received a minor in agriculture (because that's helpful when every day is about survival). Luke also wanted to leave Clementine in the forest while she was hurt and recovering from a dog bite, definitely over cautious.

But, throughout the game you become fond of Luke. You find him to be kind, loyal, and- above all- he is trustworthy. So when it comes time to save Luke from breaking the ice and drowning to his death, you want to try everything you can to save him. The only problem is that you can't. 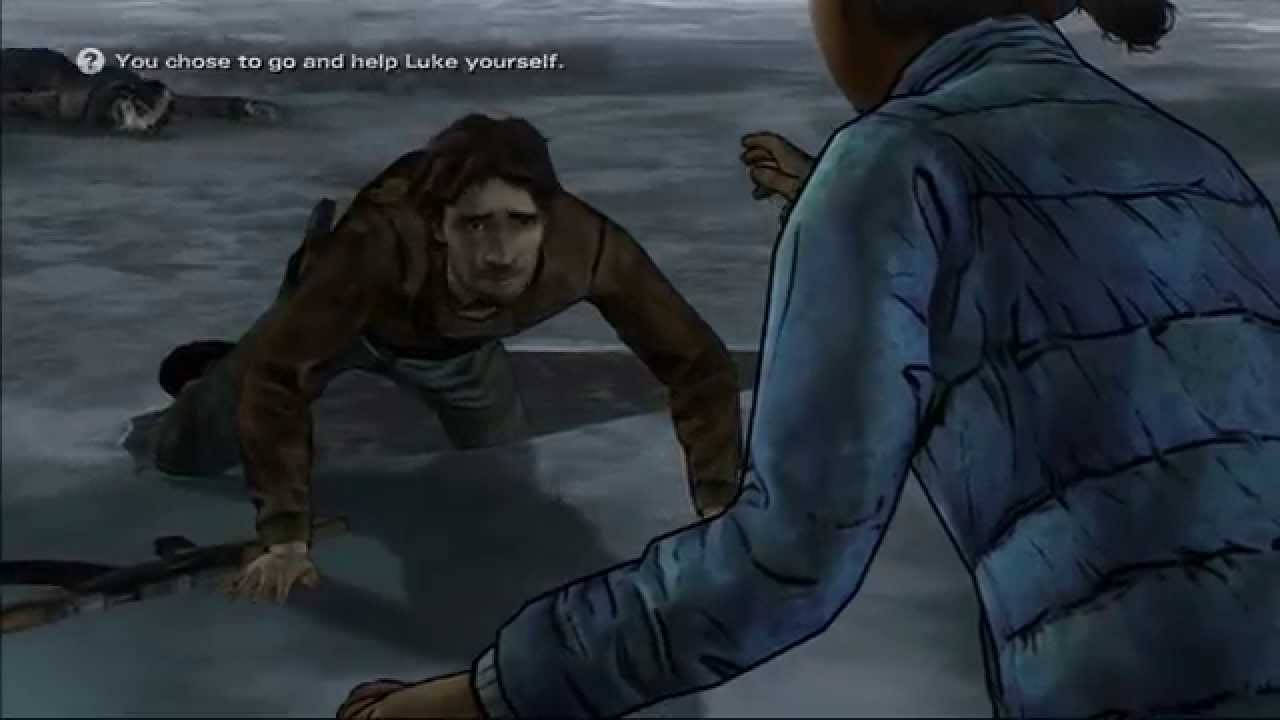 Regardless of what you choose, Luke still dies. The only question is whether you and Bonnie get dragged down with him.

What makes this scene depressing is that you've spent the majority of the game bonding with Luke. He's got your 6. He is your ace in the hole. The Clyde to your Bonnie, and any other cheesy reference you can come up with. To see him die is to die a little yourself, on the inside. But his death is nothing compared to our number one contender. 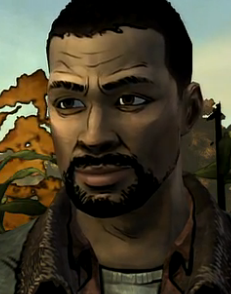 It all has to start somewhere. The destruction of the world, I mean. And what better place to start a story then at the beginning? Lee is the character that we start with in season 1. The sole purpose of Lee is to protect Clementine, and we do a mostly good job with it. Over the course of the season, we learn about Lee's past, we learn what type of man he is, and we find out the type of man he can become. From the very beginning, his instinct is to take care of Clementine and make sure that she has everything that she needs. And we love him for that. And after 5 long episodes, we have to watch as Lee is slowly killed by a walker bite. Five. Long. Episodes. This character who went through hell and high water to rescue her from the maniac who would kidnap and (eventually) harm her. And then he dies. Just like that.

I mean, I cried at a few deaths throughout the series so far, but Lee's death is the one that hurts the most. And for that brief moment in Season 2 when you think Clementine is back with Lee, your heart skips a bit. Until you realize it's a dream sequence. It's painful.

But, that's also what makes for good storytelling. TWD Telltale Games would not be worth playing if the storyline didn't make you care about its characters. And that's why I recommend that if you haven't played the games, make time to play them.

You won't regret it!