Job Simulation is a simulation of how to get fired in the early 21st century in the fun way.
by StratGamer48

In the world of Job Simulator, technology has advanced enough in the year 2050 that most labor is done automatically and humans are unemployed. This VR game will show you, the human, how it feels to work a normal job. During the game, the player will experience many movements and actions, such as:

At the moment, Job Simulator offers working experience in a cubical office, a convenient store, an automotive mechanic, and a kitchen. Players can test all possible outcomes with all the objects they can interact with in game.

Job Simulator will be released via Steam by developer Owlchemy Labs on April 5. In order to experience this game, players will need an HTC Vive headset, track motion controller input and enough space to move around in a room. 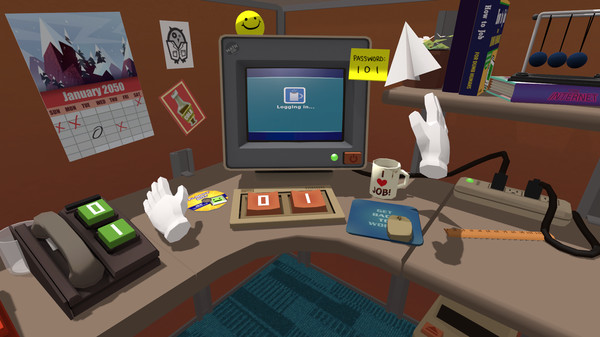 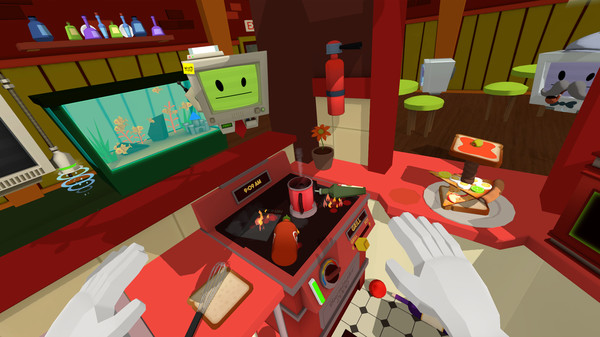 Frying sriracha sauce and a mug of coffee in kitchen.

According to the trailers, working in reality will rarely be this fun -- which is why humans tend to get bored and get fired.