Blood and Wine's official box art is here. And it's awesome.
by Eric Levy 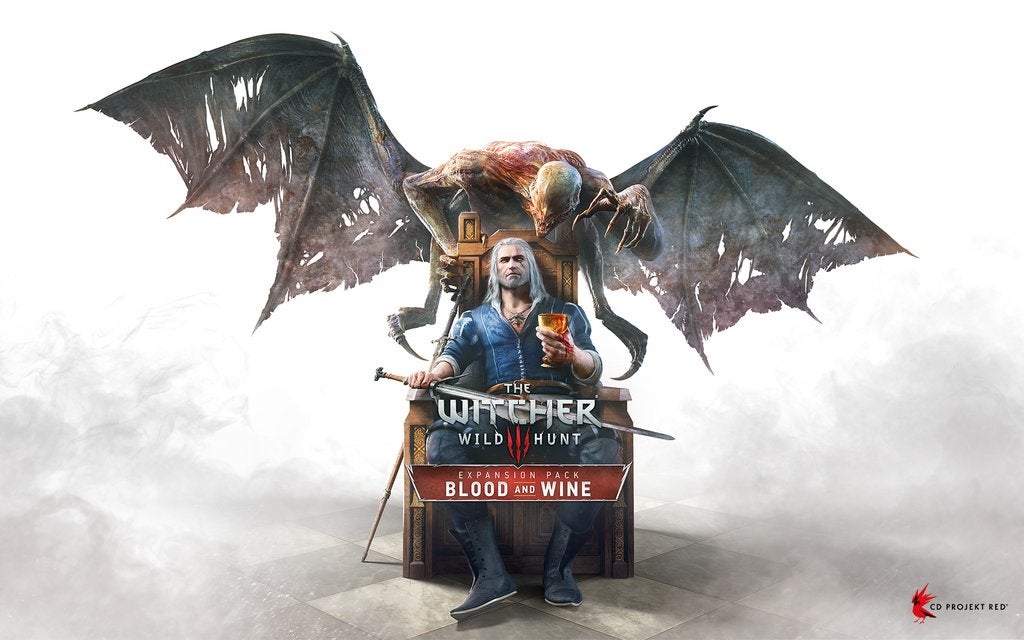 Between the creature perched on the throne and Geralt nonchalantly sipping wine -- or blood -- this might be (in my opinion) the coolest Witcher 3 box art released yet. A nearly identical image that leaked previously on NeoGAF appears to confirm that Blood and Wine will be getting a "physical" edition as well, shipping with a download code and two Gwent decks.

This long-awaited expansion to the critically acclaimed open-world action RPG was originally slated for release between January and March, but CD Projekt RED moved the release window to the the first half of 2016 (January-June). A release date of June 7, 2016 was leaked online earlier this week by Polish gaming website GRYOnline; however, it's since been confirmed the date was just "a placeholder."

Blood and Wine is expected to offer players about 20 hours of gameplay-- double what Hearts of Stone, the first expansion, delivered upon release. CD Projekt RED has previously stated both expansions combined will be "almost the same size as The Witcher 2."

The first artwork of Toussant (above), the colorful new region players will be visiting in Blood and Wine, was released back in December 2015. CD Projekt RED still has not gone into specifics regarding the expansion's story, only revealing it will "take Geralt to a land untainted by war, where an atmosphere of carefree indulgence and knightly ritual masks an ancient, bloody secret." There will also be new gear and enemies, as well as characters who are "both new and dearly missed."

What do you think of the official box art? Will you be picking up a copy of Blood and Wine when it finally releases? Is that blood or wine in Geralt's chalice? Let us know your thoughts in the comments below!