Will the Overwatch League Have Legs?

Overwatch League's Stage 2 is underway, but is OWL going to succeed or flop? Join us as we look into this new and fantastic eSport.
by Andrew Krajewski

With Stage 2 of its inaugural season under way Blizzard's Overwatch League (OWL) has begun to gain attention from more people than just the hardcore fans. There are many signs that the OWL is here to stay as a success. Here at GameSkinny we wanted to breakdown what we've seen from the OWL so far (the good and the bad) and what kind of success we expect from the league going forward because of that.

First things first, what is the Overwatch League? The OWL is the official eSports league overseen by Blizzard for their game Overwatch. While most eSports use a relegation system - like the Premier League for soccer - Blizzard approached their league with systems closer to football or baseball. The teams are fixed and new players have the opportunity to be scouted during an open tournament and within the Overwatch Contenders League - a minor league of sorts. Overall, the OWL has made many good decisions to strengthen the league, despite a few minor missteps. Let's take a closer look at some of the things that should influence the success of the OWL going forward.

Blizzard did a lot of homework before fully committing to a professional league for their game. In a 2015 interview with PC Gamer, Overwatch director Jeff Kaplan was asked about Overwatch as an eSport. At the time he acknowledged the possibility but said that it wasn't the main priority because Blizzard had designed games for eSports before (Starcraft II and Hearthstone) and learned a few tough lessons about designing a game with that priority. It wasn't until Overwatch already had a strong community that the possibility of an Overwatch league become a reality. Furthermore, Blizzard's effort to solidify teams by associating them with cities helps bring in new fans because they have an easier time deciding what team to root for. If I'm a casual fan who is new to eSports it's much easier for me to pick a team from one of my favorite cities or hometown and learn about the game, league, and players from that point of view first.

Blizzard has gone to great lengths to attract the best people to support their league too. Team owners like the Kraft Group (The New England Patriots) and Kroenke Sports and Entertainment (Arsenal F.C., L.A Rams, etc.) have brought a higher level of name recognition that helps legitimize the league to future investors, advertisers, and fans. While there were concerns about the profitability of investing in a team, the tremendous support from owners like these helps show how much eSports is growing and how profitable the events could become. It's the same reason people like Odell Beckham Jr. and Kevin Durant contributed to raising $38 million for Vision eSports. 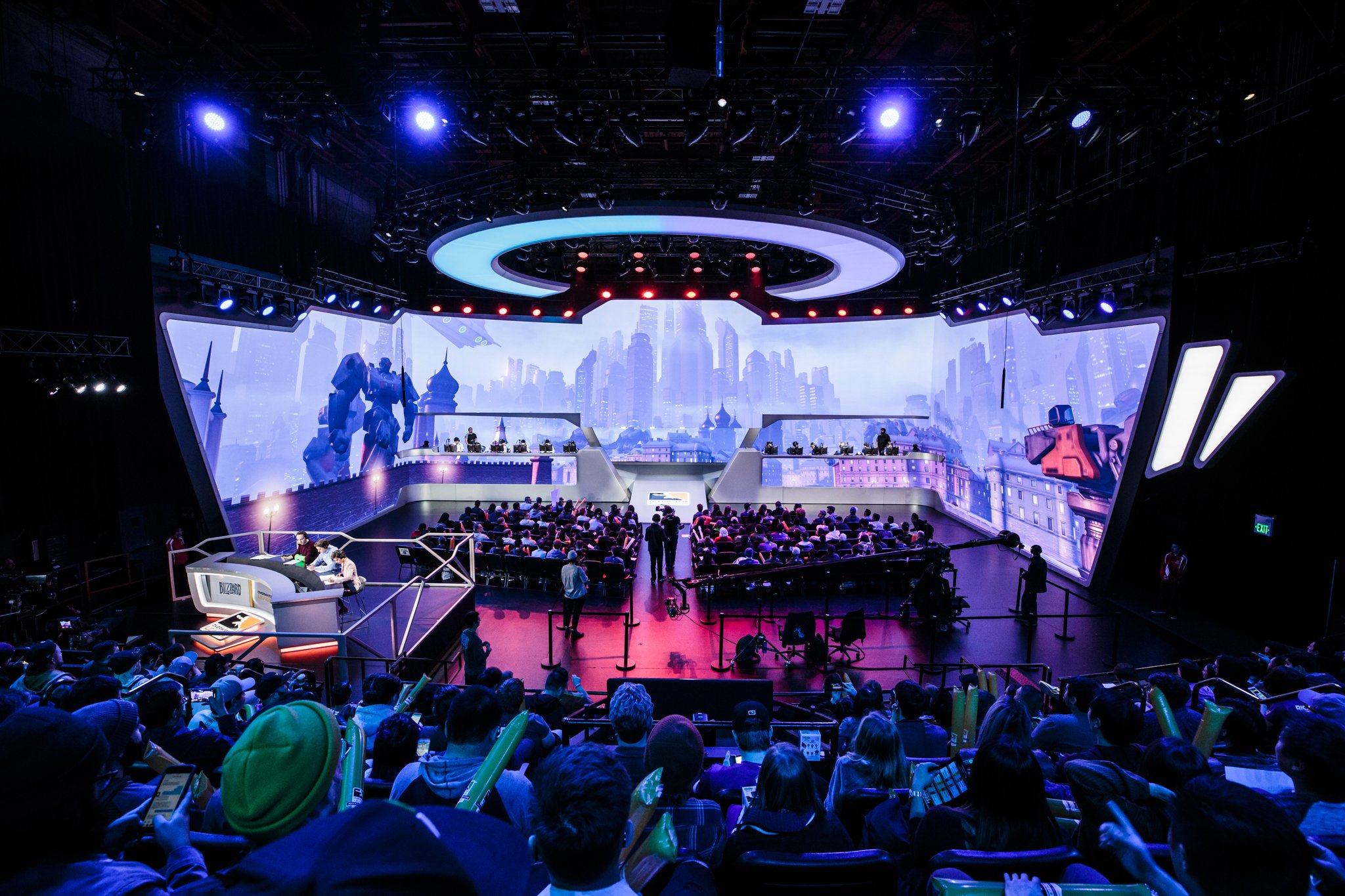 In addition to bringing in a lot of money, Blizzard has made it a priority to bring in the best talent too. In Valve's Dota 2 documentary -- Free to Play -- professional players Fear and hyhy mentioned concerns about supporting themselves through gaming; Hyhy also mentions the difficulty of juggling school and a gaming career. With guaranteed salaries, health benefits, retirement benefits, and other means of support, the OWL offers players the opportunity to think of eSports as an actual career with some sense of stability, unlike many other eSports where players only earn what they win.

The requirement that players are at least 18 years old further strengthens the league. Professional gamers typically tend to be younger, so the age requirement should help bring a higher level of maturity, commitment, and work ethic to the teams. Blizzard has also done their due diligence in ensuring a high standard of behavior from their players; like "real" sports players must follow a code of conduct. We've already seen this code in action when Dallas Fuel's xQc was fined and suspended for remarks he made during a Twitch stream.

The top talent alone won't make the league successful, however. Blizzard has also made us care about the people we watch. More than any other eSport, I am invested in the success of individual players. When I would watch The International or a CS:GO tournament, I would root for a team but rarely would come away from the experience with a favorite player. With all the team highlight videos, post-game interviews, and strong narrative weaving created by the on-screen hosts, viewers begin to know the players they're watching. Players like Pine, Fleta, ryujehong, and Jake have already made names for themselves and gained many fans. People are also highly anticipating the introduction of Geguri to the Shanghai Dragons after a lot of disappointment that she wasn't initially picked up by a team, despite her stellar Zarya play. 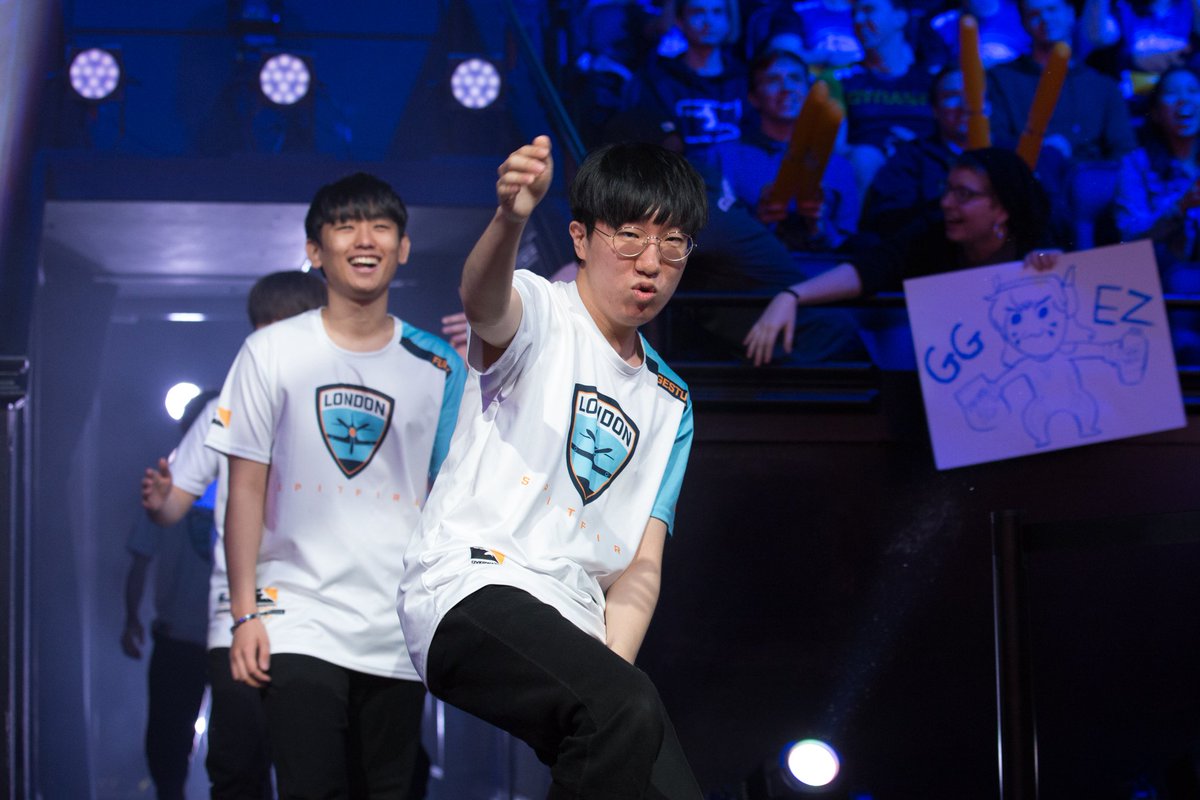 Nothing is without its faults, and the OWL is no different. Something many eSports struggle with is introducing the game to new people. If you've never played the particular game they're showing, then there is a lot of jargon to get through if you want to understand what the casters are saying. Dota's International does a great job of hosting a secondary stream for newcomers that focuses more on the basics of the game and overall narrative rather than the complexities of every engagement. Overwatch would do well do adopt a similar "newbie" stream for the fans who are still learning about the game.

It's understandable that every team probably doesn't have the funds for a home venue right now, so that's why we have the Blizzard Arena. It's great that there is a dedicated space for the Overwatch League, and surely it makes managing the broadcast much easier, but home field advantage does matter. Right now the arena where the games are held is in Los Angeles, so the L.A. teams have a slight, but still significant, advantage when playing. The added depth of required travel and true home venues would be interesting to watch as a season progressed.

So will the Overwatch League flop or flourish? I'm inclined to lean toward the latter option. The OWL has already exceeded many expectations in its first year and has taken on several new sponsors, like Toyota and Sour Patch Kids. The league is also looking to add expansion teams to the original 12 once the first season wraps up. It's a good sign that the buy-in price for teams is expected to go up significantly from the initial $20 million -- with estimates from other sources -- going possibly up to $60 million to buy in for the second season. Like any other sport, the league does a good job focusing on the narrative that surrounds it in addition to the core gameplay of Overwatch itself. That extra attention to narrative is sure to bring more success to an already successful first season.

Have you checked out the Overwatch League yet, and if so, what are your impressions of the inaugural season? Do you think the League can flourish like I do? Let us know in the comments below!