Why DICE should leave Walker Assault in Battlefront "Unbalanced"

Many people have complained that the Walker Assault game mode in the Battlefront beta was unbalanced. I thought it was perfect and should be left as is.
by Logan Moore

Last week, DICE allowed gamers to get early access to their new title, Star Wars: Battlefront, in the form of a beta. The beta was a huge success, and over 9 million people downloaded and played the game. While many people enjoyed the game – myself included—it didn’t come without some complaints. The most common grievance that people had related to balancing issues in the Walker Assault game mode.

For those who didn’t play the beta, Walker Assault was a 20v20 matchup set on the frozen planet of Hoth. Just like in the fifth Star Wars film, the Empire is trying to destroy the Rebellion’s shield generators with their AT-ATs. The rebellion’s goal is to destroy the AT-ATs before they get in range to obliterate the generator. Many have argued that it is nearly impossible to win this game mode when playing as the Rebels, and they aren’t necessarily wrong. In turn, DICE has come out this week and said that they will be balancing the game mode to make it a more even match-up.

This rubbed me the wrong way, and I am really hoping that DICE doesn’t change any of the balancing “issues” with this game mode. For those who don’t remember, the old Battlefront games always had certain maps that were hard for teams to win at. When you played on Hoth in Battlefront 2, it was always extremely hard to win as the Rebels. In turn though, winning as the Empire on Endor was nearly impossible.

This was always one of my favorite aspects of the old games. I loved that the factions who won these battles in the actual Star Wars movies tended to have an advantage in the game. Not to mention, whenever you did manage to pull off a victory as the underdog, it felt so much more rewarding. Even when I played the beta this past weekend, I felt more accomplished whenever I was able to take down both AT-ATs and win as the Rebels. 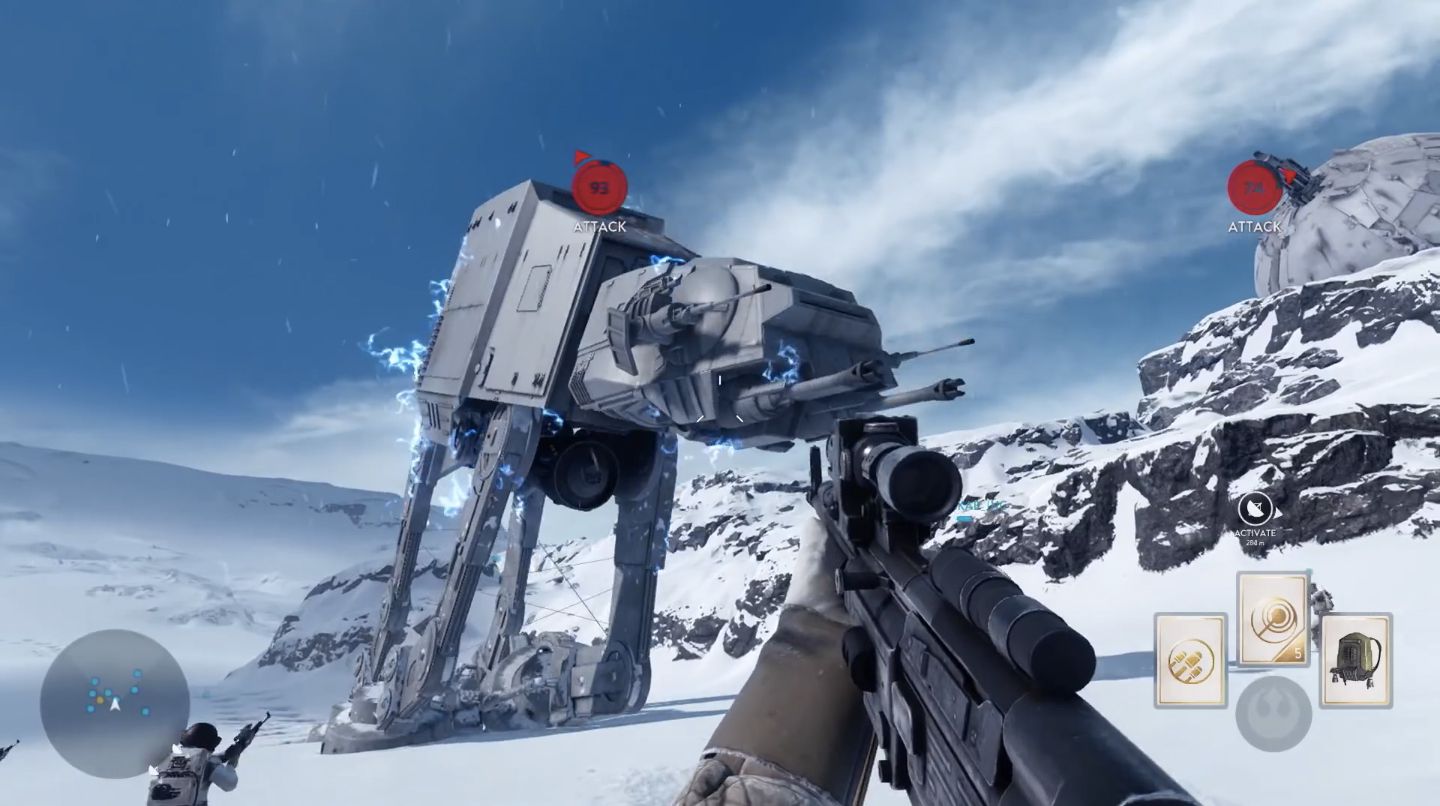 If DICE does truly make the game mode more “balanced”, then I think it’s the wrong move. Knowing that you are less likely to win a match-up encourages more teamwork and makes competition even stiffer. Plus, if you don’t like playing Walker Assault because you think it’s unbalanced, there are many other game modes to choose from.

I am probably in the minority on this matter, and that’s okay. I just enjoy feeling like I am at a disadvantage from time to time in video games. If being at a disadvantage promotes more teamwork in a multiplayer game, then I am all for it.

I greatly enjoyed my time with the beta, and I look forward to purchasing Battlefront next month when it arrives. But please, DICE, leave Walker Assault alone. It’s already perfect as it is.

Logan is currently a student at IUPUI in Indianapolis. When he's not playing games he's probably watching the Chicago Cubs.