A brand new area to explore and new artisan for legendary items delivered as a call back to Diablo II for longtime fans.
by Perchance to Game

As of Tuesday, August 25, the Ruins of Sescheron are now open for exploration along with all their treasure ready to be looted - provided you can fight your way through the hordes of new enemies and dodge the myriad traps.

The new area was announced about a month ago when it entered the PTR, along with an item that looked suspiciously like the legendary Horadric Cube of Diablo II.  These two elements alone were enough to make it a highly anticipated update, but a number of other interesting changes are detailed in the patch notes. 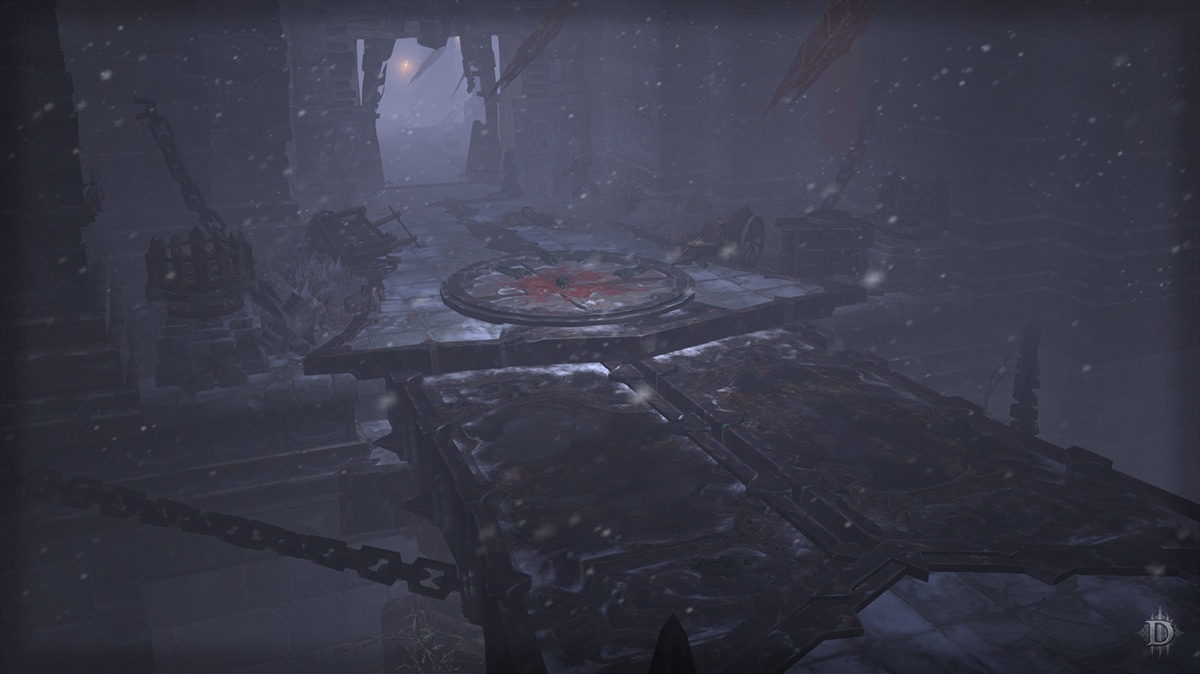 The Ruins of Sescheron are the remains of the Barbarian city that franchise veterans will remember from the Diablo II expansion, Lord of Destruction.  It can only be accessed in Adventure Mode via the Act III waypoints in and around Bastion's Keep.

While traversing the destroyed city, you'll come across several of Diablo III's lore books that detail the fall of the barbarians as seen from the perspective of those same doomed warriors, in addition to some intriguing pieces of new information.  Baal and the other lords of Hell may be defeated, but showing how their legacy continues in the destruction they left behind adds new weight and depth to the game's lore and mythos.

You'll find new enemies such as the Rat King (who looks like a charming fellow), and a few old ones who will surprise you with some nasty new tricks.  Most notable for me were the Ice Clan Khazra, who seemed fairly ordinary and looked exactly like their Act I counterparts until their shamans started summoning flaming ghosts.

Not only do the denizens want to hurt you, but the environment is also actively trying to do you in. You encountered some relatively simple traps in the dungeons of King Leoric back in Act I, but the Barbarians clearly thought "giant swinging blades" weren't nearly enough.  Watch your step.

Before you set out to explore, look around for a new resident in your camp and you'll find someone you didn't expect to see again in a hurry... Yes, everyone's favorite mad wizard and dark Horadrim, Zoltun Kulle, is back. And he's in great shape. He wastes no time in letting you know exactly what he thinks of your attempt to kill him (again) before asking for your help in locating a powerful ancient artifact located in the ruins of Sescheron.

The artifact is known as Kanai's Cube - essentially a prototype of the Horadric Cube - that was deemed too powerful to use and locked away by the Horadrim who created it.  Naturally, Kulle wants it. In return, he'll use the cube to help you do all sorts of fun things with your legendary items and gems.

To claim the cube, you'll need to prove your worth before its namesake - the barbarian chieftain Kanai, who sits upon the Immortal Throne (no, I don't know what that means exactly either but it sure sounds cool). 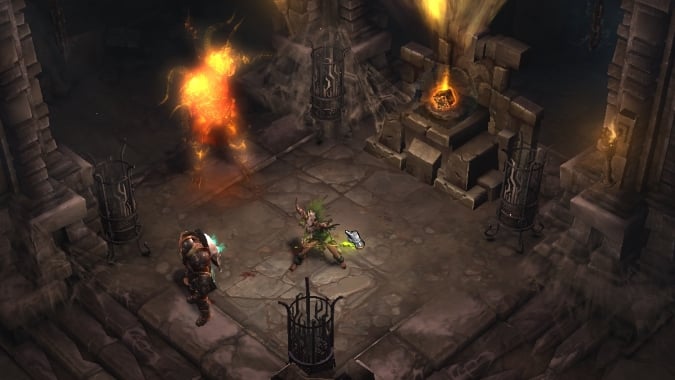 With the cube and Ruins, Blizzard hearkens back to one of its classic games while putting a new spin on familiar themes, so it doesn't feel like retreading old paths. Striking this balance means that even though we're technically doubling back somewhere we've been before, the world of Diablo still feels expanded and feels all the more vivid by acknowledging a history and continuity.  And that, just as much as new items, features or other content in this patch, has me so excited to fully explore the Ruins of Sescheron.