These fantasy RPG's may not have hit the limelight, but that certainly doesn't mean they're not worth a play.
by Jack Einhorn (skullkid)

As gamers, many of us have played quite a few fantasy RPGs -- The Elder Scrolls, World of Warcraft, and Dark Souls to name a few. These epics are the front-and-center, the in-your-face, RPG options that anyone not living in a cave the past decade or so could probably tell you about.

But, these mainstream titles are not the only adventures this genre has to offer. There are tons of RPGs that are either glossed over by more popular titles or just never quite reach the limelight. So, if you’re looking for something a little less mainstream to play, pay attention to the following games.

To ease you into the list, we’ll start with a rather popular title from the Gameboy Advance, Golden Sun. Well-known and well-loved in its prime when released in 2001, I’ve only included it here because of the fact that I just never hear about it anymore. People on the internet seem to have loved it, but I think the fanbase at this point is a cult-following if anything.

Golden Sun takes you on a fantastical adventure as a group of young “Adepts” whose goal is to defend the world from “alchemy”, a destructive magical force that knows no bounds. One of the most memorable parts of the game were the quirky little creatures that you adventured with, called “Djinns.” These cute little guys were elementals, and so you have your air Djinn, your fire Djinn, etc. Djinns were effective for both combat and maneuvering environments, so they were truly a unique mechanic.

Golden Sun is a unique and exciting adventure that, at least to me, seems to be a little on the forgotten side. If you’ve got a GBA lying around, try to snag yourself a copy! 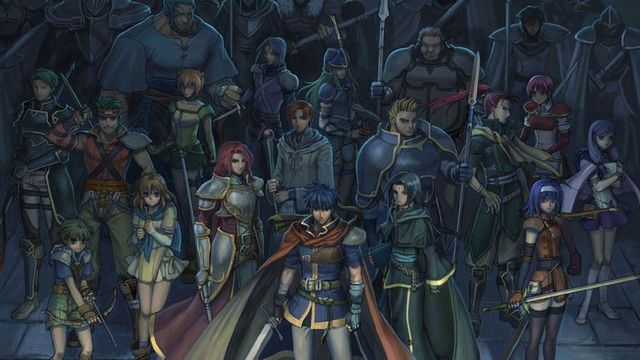 Although still not the most obscure I could muster, Baten Kaitos: Eternal Wings and the Lost Ocean was a relatively well-known JRPG released on the Nintendo Gamecube. Set in the sky amongst a floating island-city, Baten Kaitos is incredibly unique in its gameplay mechanics, meaning that you don’t actually play as the main character, named Kalas. Nay, you actually play as a guardian spirit who guides Kalas through the adventure, even maintaining a relationship with him for the sake of your quest.

The game also makes use of a game card mechanic for things like items, combat, and quests. These cards are called “Magnus”, and are integral to both the lore and the gameplay. For instance, combat is based on the drawing of these cards.

Baiten Kaitos has an incredibly complex story, something that is not all too uncommon for JRPG’s. Like I said for Golden Sun: if you have the hardware to run the game I would seriously recommend doing so. I mean come on, who doesn’t have a Gamecube?

Ah, Dragon’s Dogma, a game I consider to be one of the most overlooked action RPG of our time. Released in 2012, it came out just a few short months after our beloved Skyrim, and its fate was sealed. This poor release timing coupled with a console-only release (until this past Winter) unfortunately led to Dragon’s Dogma being all but completely overshadowed. Well, I’m un...overshadowing it? That works.

If you’re not a fan of the more formulaic route the Elder Scrolls series has taken, then you might want to consider giving Dragon’s Dogma a go. The combat controls similarly to Dark Souls, and the game’s camera is exclusively third-person as well. You play as “The Arisen”, a fated hero whose heart has been removed by a nefarious dragon. In your quest to get it back you explore, battle, and uncover secret magics. Pretty standard for an RPG, however, there are two major things that make Dragon’s Dogma stand out from most other action role-playing games.

The first of these is the Pawn system. Pawns are non-human entities that inhabit the world around you, they serve no other purpose than being hired mercenaries. You can round up a bunch of them and they travel with you and fight with you in battle. The really cool thing about Pawns is that they are player-made, and operate similarly to the creatures in Spore. Other players’ Pawns will appear in your game, and you can hire them to work for you. The money you spend on them then goes back to the player who created them. It’s all pretty neat.

The other really cool thing that sets Dragon’s Dogma apart is the combat system, which combines Dark Souls with Shadow of the Colossus. Much like the bosses in SoC, you can jump and latch on to larger enemies and climb around their hides, hacking at weak points. It’s incredibly satisfying to climb up an ogre’s back to chop at his neck. The way they worked this into regular combat, and not just boss battles, is pretty damn cool.

Dragon’s Dogma saw a PC release this past winter -- go buy it on Steam! Or don’t, I mean, I’m not your mom.

I know we jumped forward with Dragon’s Dogma, but now we’re going way back, before the Gamecube, before the Gameboy Advance -- because who cares about chronological order. Aidyn’s Chronicles: The Last Mage was a lesser-known fantasy RPG on the Nintendo 64, focusing on strategic combat rather than straight action.

The game focuses on Alaron, a squire who finds himself wrapped up in a classic fantasy adventure after being poisoned by goblins. Despite mixed reviews, Aidyn’s Chronicles is a worthwhile foray into the olden days of console RPGing, (well, not NES or SNES old) and if you can get past the less-than-stellar graphics it will be worth your time.

And, we’re back to the future again! Grim Dawn is a brand-spanking-new action roleplayer from some ex-developers of Titan Quest.

Released only on PC, Grim Dawn has the same kind of top-down camera as Titan Quest, or even the more notable Diablo series. Set in a dark, victorian backdrop, Grim Dawn tells a story of two otherworldly entities both intent on destroying the human race. Well, the Aetherials intend to use humans as a resource, with the Chthonians just wanting to destroy humanity. In the wake of this, small groups of surviving humans lay scattered across the grim landscape, as surviving these supernatural beings has naturally become the top priority.

Traversing the terrible world and surviving numerous attacks will prove to be challenging, but Grim Dawn’s DOTA-inspired crafting system will help you along the way. If you like dark fantasy, and especially if you’re a fan of Diablo or Titan Quest, you should probably check out Grim Dawn.

Well, that’s all of 'em. I hope this list turned you on to a couple of new old games; even if you’re a hardcore RPG-er, I hope you can at least find one or two things here that are new to you. For those of us that love a good story, may we continue role-playing.