Warner Brothers, the publisher of Batman: Arkham Knight has announced that PC sales of the game are now suspended.
by Chai Chien Liang

Warner Brothers, the publisher of Batman: Arkham Knight has announced that PC sales of the game are now suspended following serious performance issues with the game on the PC platform which lead to widespread criticism.

Yorick also took the opportunity to thank all players who have given feedback and advised users who were not satisfied with their experience with the game to be patient or otherwise request a refund from Steam.

Despite Batman: Arkham Knight enjoying favorable reviews with a metacritic score of 89, the Steam score of 5 suggests than the PC version has plenty of issues at the moment. Why this mess of a PC port was released in first place (did they do any sort of Quality Assurance on the PC version?) is anyone's guess but for now this decision to stop sales is a good temporary measure while they take their time to fix the various performance issues with the PC version of the game. The game can no longer purchased on Steam now and the community posting above has also been posted to the store page. Hopefully Rocksteady can help Iron Galaxy studios fix the issues and give PC users the gameplay experience they deserve.

Update: It appears that Iron Galaxy studios, the studio that also handled Batman: Arkham Origins PC port was responsible for handling the Batman: Arkham Knight PC port and had only 12 employees working on it. 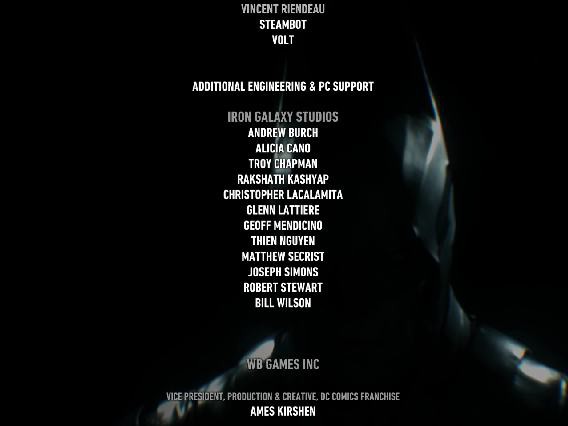