'Clash of Clans' just underwent the biggest update in the game's history ... and most gamers hate it.
by Justin Andress

It’s been a rough couple of days for Supercell’s formerly beloved free-to-play hit Clash of Clans. After weeks and months of hype leading up to the release of one of the biggest updates in the game’s history — Town Hall 11 — the result has been somewhat less than thrilling. Okay, cards on the table, the whole thing has been kind of a disaster.

Reddit has been flooded with complaints and jokes made at the game’s expense. If user feedback is to be believed, the Town Hall 11 update has resulted in several players simply hanging up their pillaging clubs and moving on down the road to the next big game.

So what happened? How did one of mobile gaming’s most popular titles manage to completely destroy the gameplay experience in a single update? Are gamers being too harsh (after all, we’re an undeniably outspoken and critical bunch), or has Clash of Clans really jumped the shark…and can it reclaim the glory it appears to have lost?

A Golden Age For Clash of Clans, or ‘What We Were Promised’

Last week, we — or more accurately, I — wrote this phenomenal piece about the impending update. It had been over a year since I’d messed with the game, but reading the forums and the promotional materials, it was pretty tough not to get pumped about Town Hall 11.

Players would be getting a brand new hero, one who was supposed to be a total game changer on the battlefield. In addition, clan builders would get a new piece of long range artillery, an increased map size, increased storage units, and a few other troop and building improvements.

In addition, though, Clash of Clans attempted to tackle fairness. The developers at Supercell made a whole bunch of under-the-hood changes that were designed to make the whole experience a little more welcoming for newcomers and a little more tolerable for veterans.

Unfortunately, it would seem that the developer’s motivations were way off base.

The Trojan Horse, or ‘What We Got’ 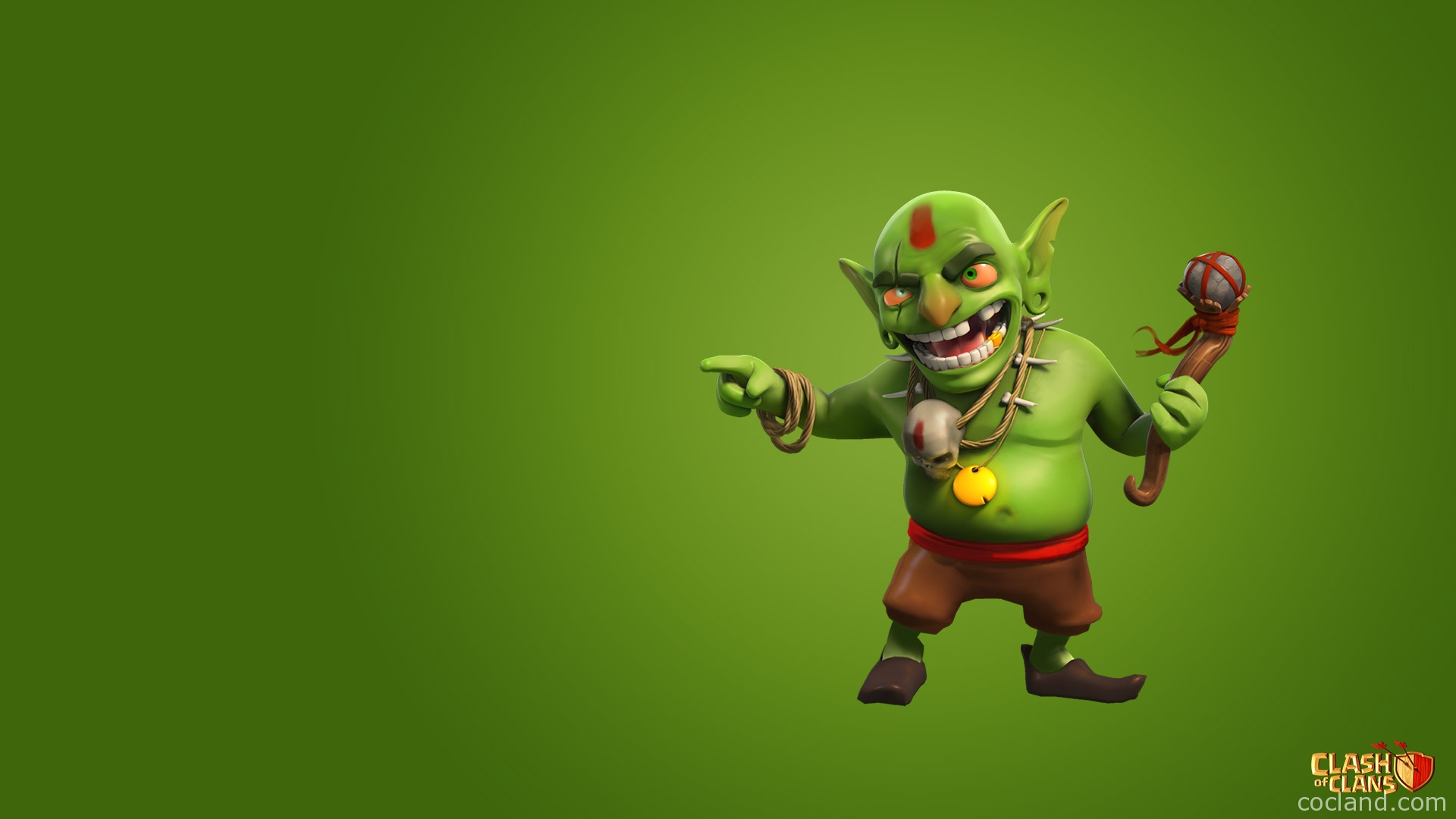 The biggest issue that gamers seem to have with the new update is Supercell’s new rules governing shields, farming, and personal breaks. The new troops and buildings seem to be going over fairly well, but Supercell’s attempt at programming fairness into the game has been smashed on an almost brutal level.

The new rules surrounding the game’s shields have received perhaps the most vitriol from fans. Previously, if players put the game down and got attacked, they had damage done to their troop levels and then they got a shield, which protected them from further attack for a limited amount of time. Now, however, things have been made a little more…complicated.

According to the Clash of Clans wiki, when players are offline:

“Shields are awarded under two criteria: at least 30% destruction must be done [to the victim’s homebase] (the destruction of the Town Hall is irrelevant) and at least one-third of the attacker's troops are deployed. If either one of these criteria are not met, a Shield will not be granted.”

In other words, if you’ve set up a village that can consistently murder one-third of your attacker’s forces before they can rip apart 30 percent of your home base, then you pretty much can’t get a shield. Another way to say that (and maybe the way most popular with players) is, “Town Hall 11 punishes you for being good at defense.” Unfortunately, this new gameplay element also has the extra drawback of totally depleting some players’ armies overnight (because they’re constantly being attacked), making it impossible for said player to actively participate in the game the next day because they must devote all of their resources to replenishing their spent defenses.

The revisions to the Personal Break system have been fans’ other most harped on topic. To understand these complaints, you have to know that — in order for your village to be attacked by other players — you must be offline.

In the past, hardcore players would attempt to stay online indefinitely in order to avoid being attacked by rival players. This was handled in earlier updates with the addition of the personal break system, which basically just kicks players offline after a few hours so that they’re forced to open themselves to attack. After a simple 5 minute timeout, these players were allowed to log back in and continue as before.

As of Town Hall 11, though, these rules have become more complicated. Way more complicated, in fact. Players can now play continuously for 3 hours before they’re forced into a 6-minute personal break. From here, depending on whether or not your village is attacked, a variety of odd things can happen. If you don’t get attacked, for example, then your personal break timer is reset, opening up the possibility for protracted wait times for players who aren’t attacked.

That’s just one of the myriad complaints about the rule changes. Seriously, they’re in-depth and — in total honesty — they didn’t make a whole lot of sense to this writer. Read the specifics here.

It should probably be noted at this point that it’s entirely possible to add more shield time or erase your personal break time, essentially eliminating any problems caused by Town Hall 11. All you need to do is shell out real cash.

Pillaged and Plundered, or ‘How People Felt About That’

People were pissed. End of section.

No, kidding. It only took a few hours for the game’s most passionate devotees to take to their favorite Internet sounding boards and shout their rage from the rooftops.

Perhaps most upsetting to Supercell’s brass, the game’s rating has plummeted in the App Store. Just to give you an idea of how much: over the course of its life, Clash of Clans has accumulated about 1.7 million reviews, achieving an impressive average review score of 4 and a half stars. In the three days since the game’s update, it’s added another 21 thousand or so reviews and averaged a score of 3 stars. The top posted reviews are mostly in the 1-star neighborhood, and loving phrases like “piece of garbage” and “shameless money grab” are being used to describe the game post-update.

Reddit, though, has been the real star of the abusive show (aren’t they always?). Several new threads have been added to r/ClashofClans devoted to hating the new update. The best one requires users to use ALL CAPS when logging their issues. Fair warning, though, only go there if your parent or guardian gives you permission. People are angry and they’re not pulling any punches.

Pretty much the entire front page of the Clash of Clans subreddit has been plastered with jokes at Supercell’s expense. Like this one poking fun at the impending doom for Supercell’s other big title, Boom Beach. There’s also this guy pointing a finger at Supercell’s possible motivations. And — for the sake of getting three in there — here’s a look at what ClashCon would have looked like had Supercell been a little more transparent.

For you readers, you can chime in on this increasingly lengthy thread of horror stories surrounding the update.

The Future of CoC

For lots of players, “moving on down the road” isn’t really an option. While its individual bits and bobs can certainly be found in other mobile games, when those disparate gameplay elements are woven together, Clash of Clans is really something special. Or at least it used to be.

At the moment, the ball is in Supercell’s court to make sure things get fixed, and in a hurry. Some fans are holding out hope that a Christmas update will fix (or at least roll back) the most unpopular of Town Hall 11’s changes. After all, every year, Clash of Clans undergoes a brief makeover to celebrate the Christmas season. As one writer claims, “this was always activated with the December Update – except this time.” Of course, that leads the most hopeful players to speculate that Town Hall 11 may in fact be a two-parter.

Could Supercell fix the mess they’ve made for themselves in time to get a Christmas tree in the middle of your village? Few Clans players could wish for a better present.