Spider-Man: The Heist DLC Review -- Too Purr-fect to Pass Up

Just over a month after Marvel's Spider-Man launched to universal acclaim, the webslinger swings back into action. After saving the city from near disaster, the Peter Parker's latest adventure see's him jumping back into the red spandex and taking on New York's most persistent criminals.

This time, things get complicated with his long time frenemy, Black Cat.

The Heist DLC hasn't changed much in the way of gameplay, but it's solid refinement of the base-game stands out, and it tells a great Spider-Man/ Black Cat story, one well worthy of the comics it takes inspiration from.

When we last met Felecia, she stole back her suit and gadget, while leaving a new outfit for Spidey to play around with. Now, Ms. Hardy is in deep trouble as she's looking from something that Hammerhead, another member of Spider-Man's rogues gallery, stole -- and, of course, she needs help from Spider-Man to get it back. I won't spoil what the major plot point is, but just that things aren't that clear when Black Cat is involved.

Overall, the story offers a fun new take on the Spidey/Black Cat dynamic, while still staying true to the duo's roots. While the climax is a bit predictable, it does do a good job in setting up the next batch of DLC stories that are due later this year.

The pacing is great, as the nearly 3-4 hours it takes to beat never drags once. 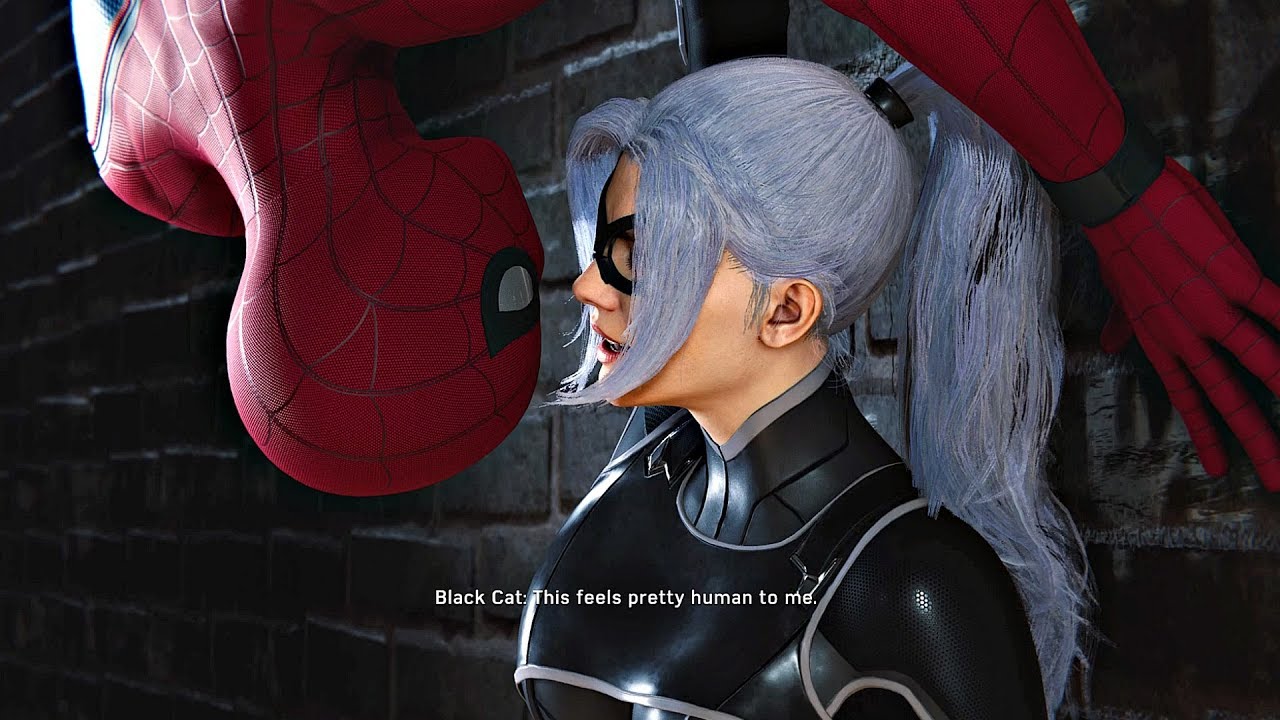 Along with excellent storytelling, combat has been spiced up to keep things fresh. While you don't get to play as Black Cat in The Heist, later sections have you teaming up with her while both beating bad guys to a pulp and stealthily sneaking past them. These sections aren't as refined or as interesting as the sections in Arkham Knight where you team up with Robin, but they're still handled well enough to keep things unique.

Enemies are all the same from the main game, but the new brute enemy type does make for some interesting battles. You can't just web them up, as they now feature Gatling guns that'll do a ton of damage. It makes for a fun shake-up to battles, even if most enemies will still go down with a few punches and finishing moves. 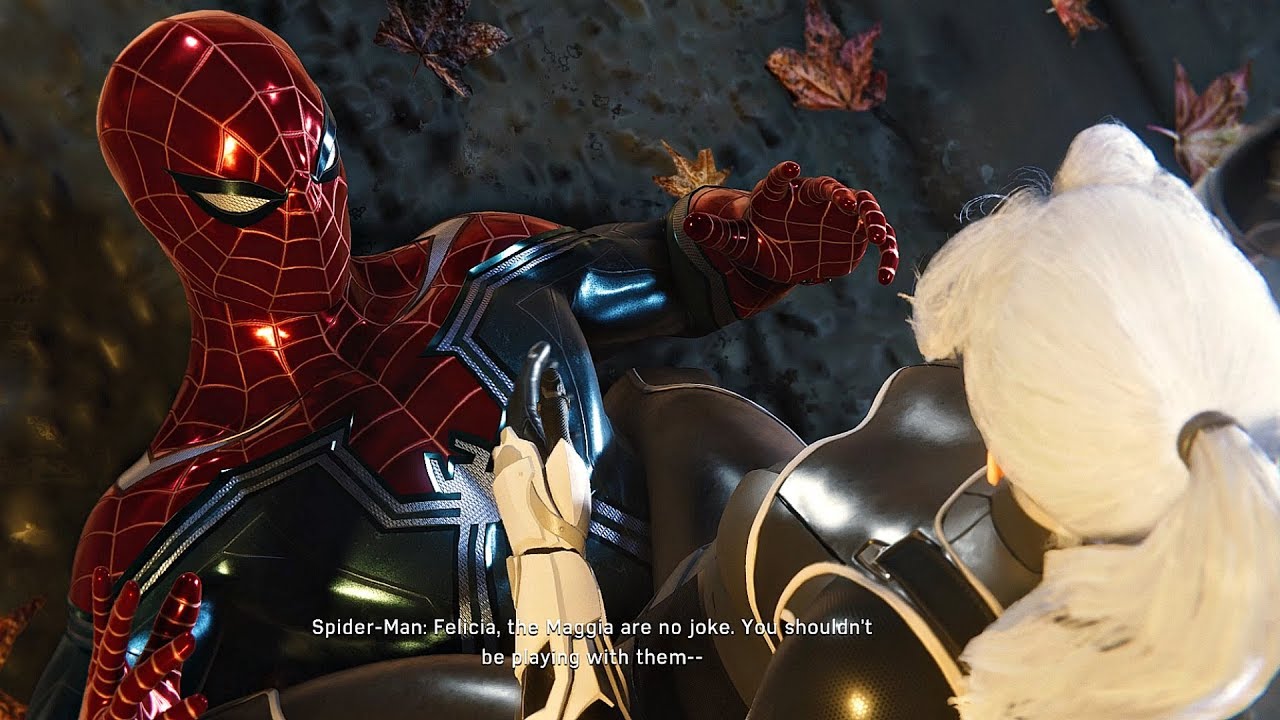 Challenge Missions, from the main game, return with a twist, too.

Screwball, the social media fiend from the main game, makes a return by offering up some optional challenges to partake in. Some, like having to web up some generators in the right order, are fun new additions, while others can be considered throwaways.

Meanwhile, returning Taskmaster missions are relatively unchanged, but are sprinkled with a new photo mechanic that let's you gain extra points to spice things up.

Lastly, with Black Cat on the scene, it's only fitting that The Heist's new collectibles involve stolen pieces of art. You'll be chasing them down, much like the backpacks in the main game, and you'll get more info about Black Cat's history, particularly that of her Father, the original Black Cat (it's a long story). 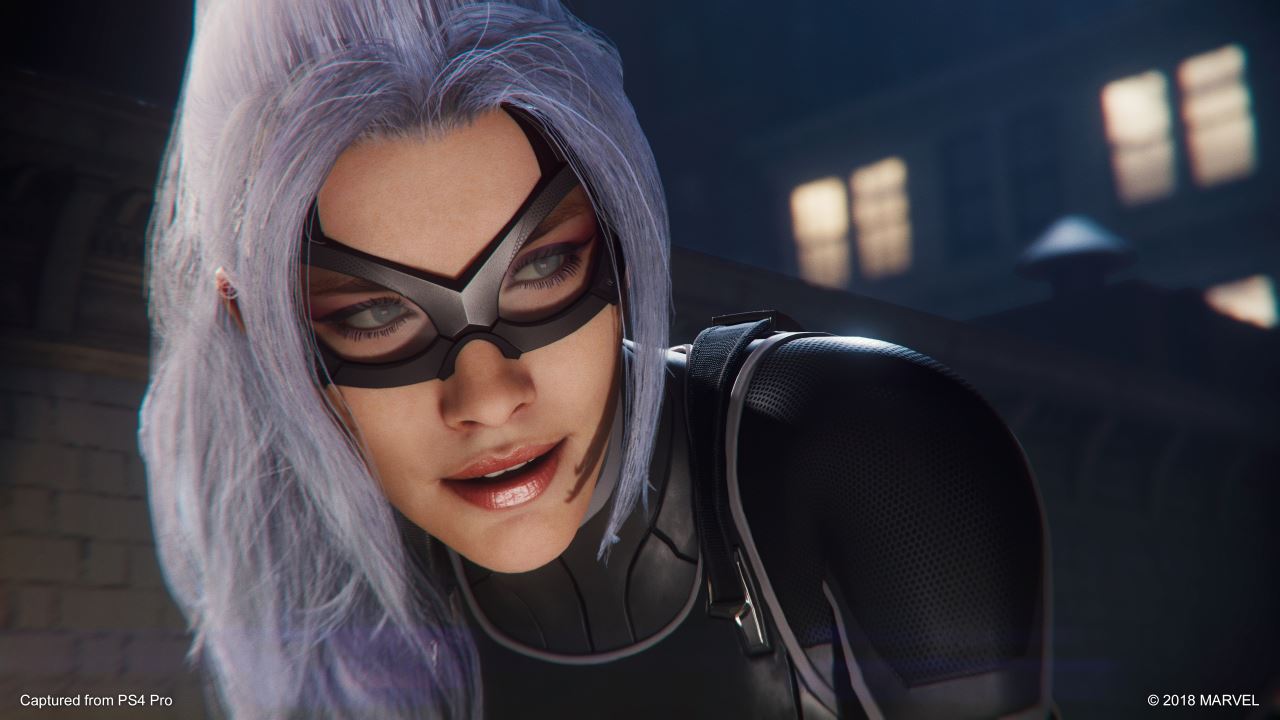 The only real complaint I had were some various glitches that popped up throughout my time. Some are small, but others will force you to reload the last checkpoint. None are game breaking, but they could of been ironed out. Hopefully, we won't see them in future releases.

Overall, Spider-Man: The Heist adds enough new content to justify its price. The story is short but sweet and, once you wrap up the main quest, you can unlock 3 new costumes that you can use in New Game+.

Top that with some new challenge missions and you get an addition that's just too purr-fect to pass up.