Blizzard Entertainment's 1998 real-time strategy game, StarCraft, is one of the most celebrated e-Sports in gaming history. StarCraft was, and still is, a huge part of South Korean entertainment culture (some might even consider it to be South Korea's national pastime), and it was a major part of some of the first truly big eSports leagues and events, like the World Cyber Games.

But most importantly, the gameplay (for better or worse) remains completely unchanged -- so you'd best be prepared to wrestle with the infamously whacky Dragoon pathfinding if you start playing again.

With no changes made to the classic gameplay they know all too well, old Brood War pros will find themselves right at home with the Remastered edition -- and Blizzard has seen fit to gather several of those players together for a StarCraft: Remastered launch event. 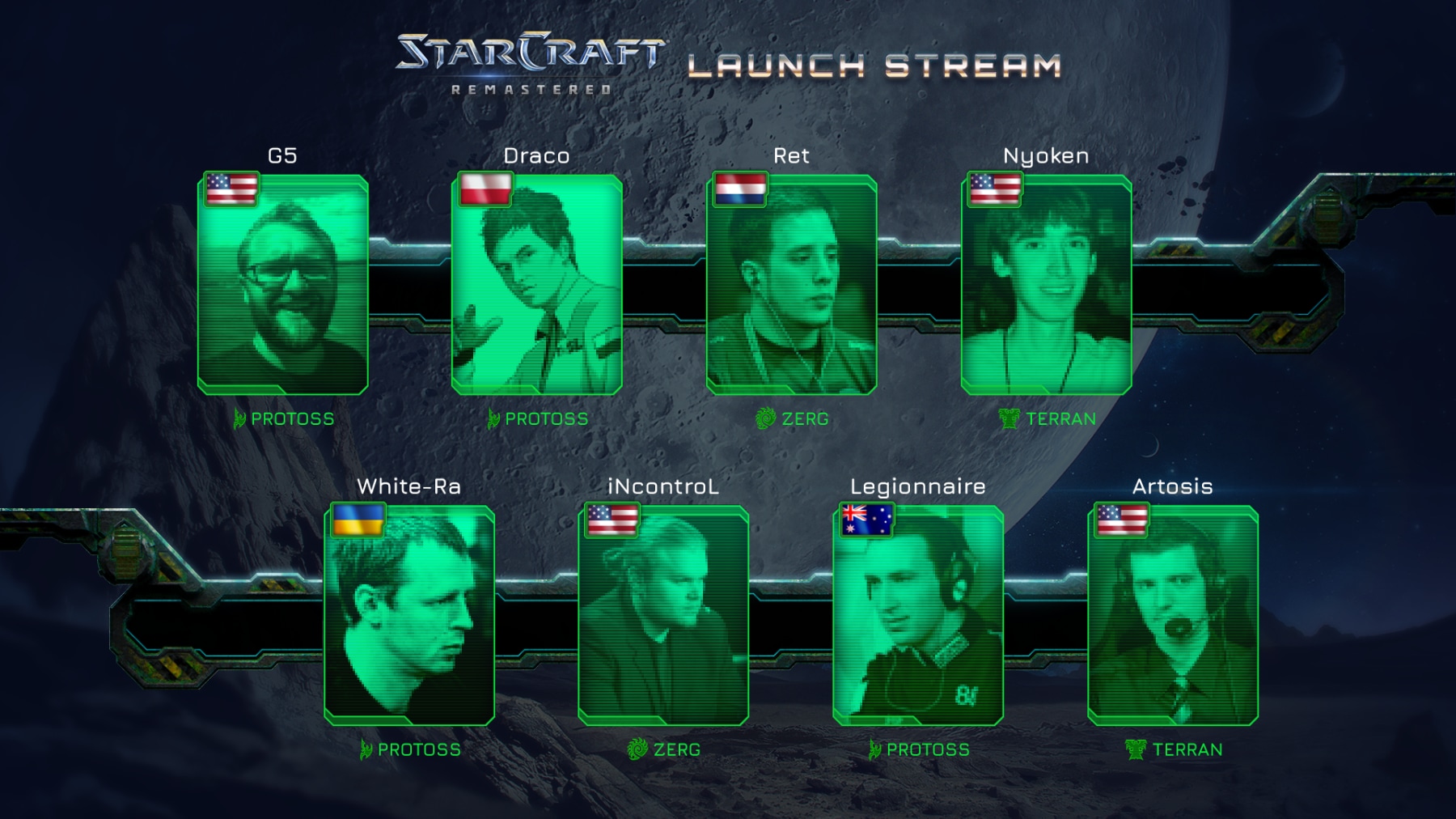 The event, hosted by the Day[9], Tasteless and Artosis (the 'Tastosis' casting duo), and iNcontrol, and will feature eight of Brood War's Western greats: Legionnaire, Draco, G5, Nyoken, Ret, White-Ra, Artosis, and iNcontrol.

Come join the stream, and experience the re-rerelease of one of eSport's most celebrated games!